A satellite loop showing Laura progress from a tropical storm over the Caribbean to a Category 4 hurricane that made landfall on the U.S. Gulf Coast. (AccuWeather)

An analysis by AccuWeather meteorologists and scientists shows that while the overall intensity of hurricane seasons appears to be trending downward, the storms that gain hurricane strength have actually been growing stronger.

The simple answer to what is driving this trend lies in the fact that there is more warm water and warm, moist air in the atmosphere that serve as fuel to help maintain the intensity and strength of the storms. However, the longer answer involves a deeper dive into the data and a look at weather mechanics.

At its core, weather tells the story of a world trying to maintain equilibrium from pole to pole.

"Nature seeks equilibrium. If you put ice in a glass of water, it will eventually come to room temperature," AccuWeather Vice President of Science and Innovation Scott Mackaro explained. "The poles of the Earth are cold, and the equator is warm. Again, nature will seek equilibrium and attempt to mix everything together. This is the basics of why we have weather."

Hurricanes serve as an example of this, he added.

"And so hurricanes serve as an extreme example of nature seeking equilibrium. It's a very natural and very necessary energy exchange mechanism," Mackaro said.

A closer look at the energy

Mackaro gathered data dating back to 1851, when record-keeping on hurricanes began, and plotted out the ACE Index of each season.

The ACE Index, short for the accumulated cyclone energy index, is a measurement that factors in a hurricane's intensity by accounting for both its strength and duration. Stronger, longer-lasting storms will score higher than weaker, shorter-lived storms. When the ACE Index totals of each storm in a season are combined, it tells the intensity of the season.

If only the ACE Index and time are considered, the resulting graph will show an upward trend in the ACE Index overall. However, this is misleading, Mackaro noted, as developing technology has increased the number of storms scientists and meteorologists are able to observe. 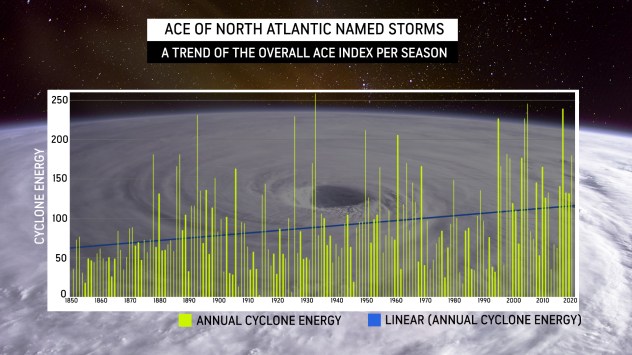 A handful of storms from the 2020 Atlantic hurricane season could have easily been missed or even mislabeled before the satellite era due to the fact that they were short-lived and mostly occurred in areas that would have been a blindspot for the available technology, according to Kottlowski.

Tropical Storm Bertha was a short-lived storm, but the only probable reason it may have been detected at all without satellite technology was that it made landfall over the southeastern U.S.

As for Dolly, Edouard and Omar -- all tropical storms that were either short-lived or never posed a serious threat to land -- a ship would have had to stumble upon them for anyone to know that they existed prior to satellite data. 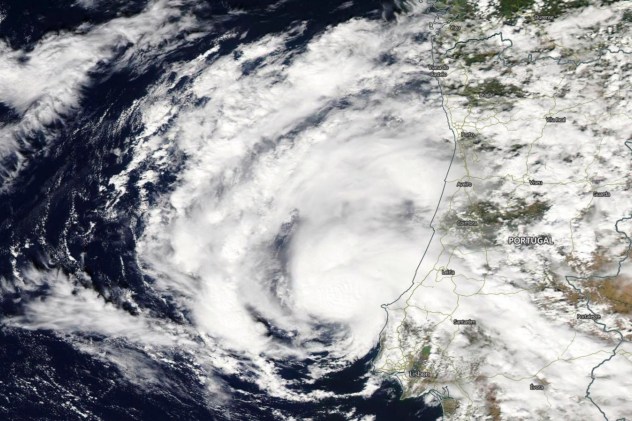 This Aqua satellite image taken Friday, Sept. 18, 2020 and provided by NASA, shows subtropical storm Alpha in the eastern North Atlantic Ocean near Portugal's coast. The Atlantic’s record-breaking “crazy” hurricane season got a bizarre European remake Friday as forecasters ran out of traditional names and trotted out the Greek alphabet for subtropical storm Alpha. And it was misplaced geographically, bearing down on Portugal. (NASA via AP) 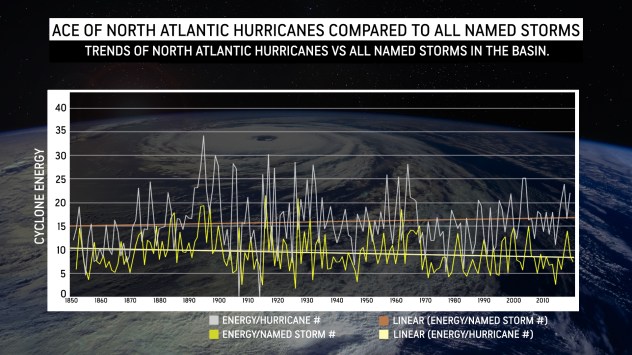 "When you add all the ACE units up for a storm, then you have all these weaker storms, it brings down the curve," Kottlowski explained.

Even though the ACE total of a season can be a bit more tricky to calculate for seasons before the 1967 Atlantic hurricane season -- the first with modern-day satellites to track the lifespan of a storm -- the trend remains.

Since at least 1967, and possibly since 1851, hurricanes in the Atlantic Ocean basin have steadily been strengthening and intensifying. 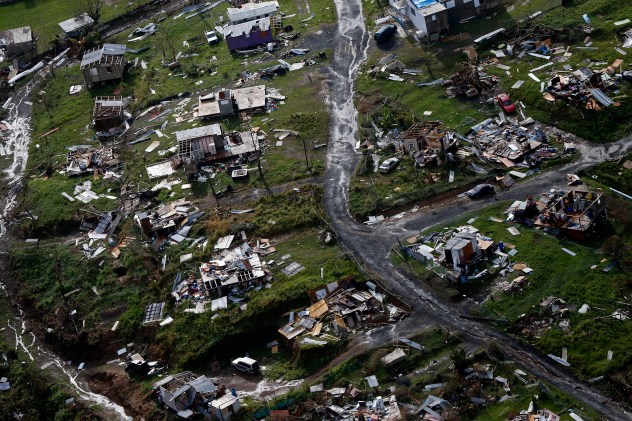 In this Sept. 28, 2017, file photo, debris is seen scattered across a destroyed community in the aftermath of Hurricane Maria in Toa Alta, Puerto Rico. Nasty hurricanes that cause billions of dollars in damage are hitting more often. (AP Photo/Gerald Herbert, File)

In the story weather creates, one of its chapters highlights the planet's reaction to a warming atmosphere.

"One of the reasons for [strengthening hurricanes] is the fact that again, the climate has been warming -- there's no doubt about that," Kottlowski said. "All the information we're looking at right now suggests that the average temperature continues to rise."

On Friday, Jan. 8, the Copernicus Climate Change Service announced that the year 2020 had tied with 2016 as globally the hottest year since record-keeping began, which dates back to 1851. Last year was the sixth in a series of "exceptionally warm years" starting in 2016, and the period from 2011 to 2020 has been confirmed as the warmest decade recorded. 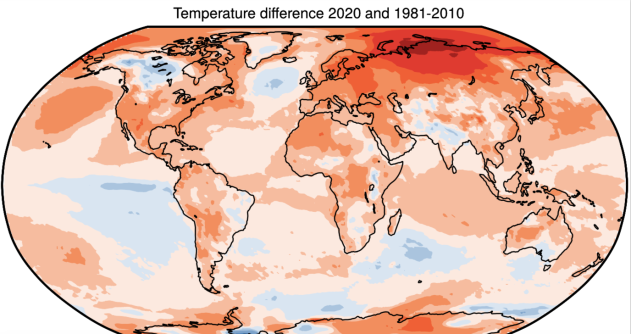 A map of the annual average air temperature average for 2020 at a height of two meters (6.5 feet), shown relative to its 1981–2010 average. (Copernicus Climate Change Service/ECMWF)

"The atmosphere and the oceans have this synergy, so if the atmosphere gets too warm, some of that warmth goes ... into the ocean. So the ocean's kind of trying to balance out what's going on with respect to the atmosphere." Kottlowski said. "We call this a heat-energy budget."

Kottlowski notes that the Earth is collectively absorbing more heat than its repelling into outer space most likely due to the carbon dioxide build-up. As this happens, the oceans act as a "heat sink," absorbing some of that excess heat.

A secondary reason for the high ocean temperatures could be attributed to a positive phase in the climate pattern in the North Atlantic called the Atlantic Multi-decadal Oscillation (AMO). Positive phases of this cycle usually produce higher ocean temperatures and higher hurricane activity in the Atlantic, and the one we're in began in 1995. The phases of this cycle typically last 25 to 30 years.

However, Kottlowski stressed that that warming of the Earth's atmosphere is a large part of the reason the oceans are still warm.

"Bottom line is the atmosphere is heating up, the oceans are trying to balance that out, and as the oceans absorb that heat, water temperatures, especially sea surface temperatures -- the top layer of the ocean -- are continuing to rise," Kottlowski said. "And that consistent warming may be overshadowing this AMO process."

What does this mean for future hurricane seasons? 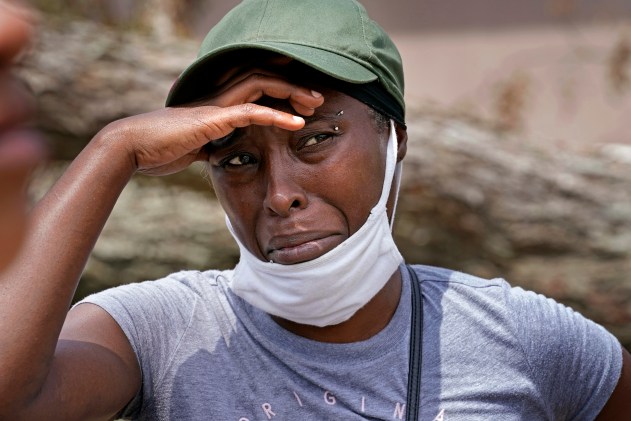 Linda Smoot, who evacuated from Hurricane Laura in a pickup truck with eight others, reacts as they return to see their homes, in Lake Charles, La., in the aftermath of the hurricane, Sunday, Aug. 30, 2020. (AP Photo/Gerald Herbert)

While it is possible to see a less active hurricane season in a positive AMO year, it isn't worth lowering your guard.

"Clearly over the past four years, there have been a lot of tropical storms and hurricanes that affected the United States," AccuWeather Founder and CEO Dr. Joel Myers said. "But most of the previous 10 years, you had a lull in hurricanes hitting the coast."

Kottlowski pointed out that from 2014 to 2016, there was less activity than normal due to cooler ocean surfaces in "key areas" of the Atlantic. It wasn't necessarily that the entire ocean was cooler -- just the areas important to churning up hurricanes.

That season brought forward some heavy hitters: Hurricane Harvey, Hurricane Irma and Hurricane Maria, to name a few. Since then, each season in the Atlantic has churned up at least one Category 5 hurricane. 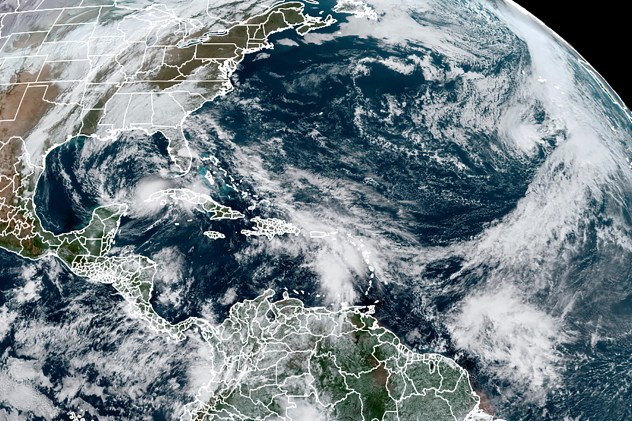 "What we have to do is we have to mitigate," Kottlowski said, which would mean building in smarter ways along coastal areas that can withstand higher category storms along with other solutions. That may also mean not building homes or businesses right at the coast, but four or five miles inland to avoid rising storm surge and insurance rates.

Kottlowski warned that now, any storm that develops in the Atlantic or the Gulf of Mexico during the heart of hurricane season shouldn't be underestimated.

"We have to assume," he said, "that these storms could become monsters."