They say everything’s bigger in Texas, and that is certainly the case with the plan for these massive floodgates. And that goes for the project’s price tag, too.

Experts want to accelerate plans to build storm-surge gates, levees and dunes along the Gulf coast. Environmental advocates are worried about potential impacts.

When Hurricane Ike hit Galveston, Texas, in 2008 as a high-end Category 2 storm, the coastline endured a storm surge that caused water levels to rise as high as 17 feet. That powerful hurricane would become the inspiration for a plan to help protect at least a part of the Gulf Coast, which is notoriously vulnerable to hurricanes.

The university professor who conceived the concept 14 years ago said the idea came to him like an "epiphany" as he lived through Ike's impacts. "I looked at my wife right in the middle of the storm, and I told her the Dutch wouldn’t have put up with this,” Texas A&M University Galveston professor Bill Merrell told AccuWeather National Reporter Bill Wadell in a recent interview.

The southeast coast of Texas is home to millions of people and is one of the most vulnerable places for tropical weather in the United States. Dozens of fuel refineries and other plants are situated in the Houston area, making the need for storm surge protection even more important. Flood protection systems in the Netherlands were the inspiration for the Ike Dike proposal. After a surge disaster impacted the Netherlands in 1953, Dutch officials turned to a coastal spine concept to counter future flooding events. This involved shortening the coast by combining barriers and gates to keep surges out of internal waters, according to Texas A&M University at Galveston.

New Orleans implemented a similar method after Hurricane Katrina in 2005, a system known as the Greater New Orleans Barrier, that protects the city from future storm surges. Engineers behind the Ike Dike proposal say they are using the knowledge from both instances to create the same solution for the Galveston and Houston areas.

Nearly 14 years after the idea was conceived, the proposal has evolved into a $31 billion plan that calls for a network of levees and dune improvements along the Texas coast. While the U.S House of Representatives gave the green light to start designing the project, federal and state funding has not yet been secured. 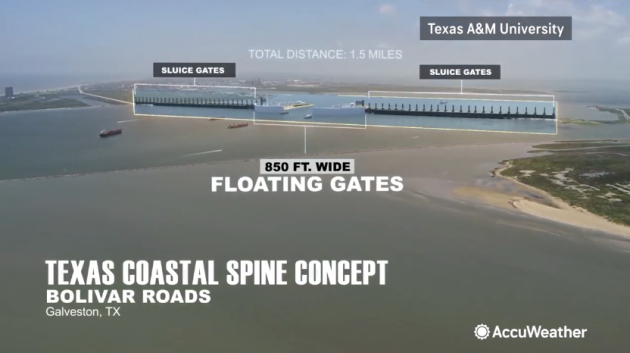 “It’s a paradigm shift from our old recovery" approach, Merrel said -- an approach he described as "Let it fail."

"We can’t afford for it to fail anymore. It’s as simple as that,” warned Merrell.

The professor said the entire plan could protect Galveston Bay from 22-foot storm surges, but it could take 20 years to complete if the project isn't fast-tracked. Getting the funding secured for the project hasn't been an easy task as some experts fear a massive coastal barrier and surge gates could harm the environment.

“So much of the fish that we consume out of the Gulf spend their youth, their juvenile time, in Galveston Bay before they make their way out into the oceans," said Amanda Fuller, the regional executive director of the National Wildlife Federation's South Central Regional Center in Austin, Texas. 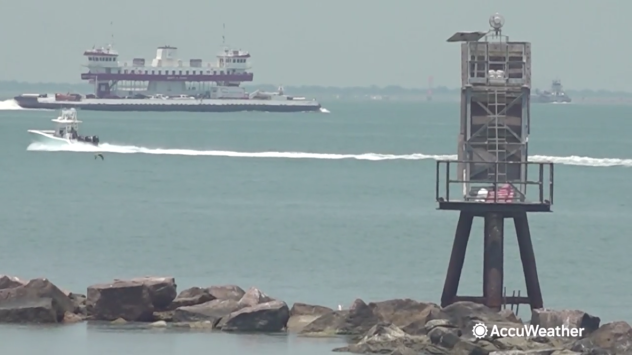 Danielle Goshen, a policy specialist with the National Wildlife Federation, also warned the project could impact salinity and dissolved oxygen in the bay, saying estuary systems comprise a delicate balance of fresh and salt water.

“The pressure to fast-track this shouldn’t come at the cost of sound science," said Goshen.

But Merrell said all of his team's modeling projections indicate that an ecosystem could be maintained in Galveston Bay without any problems from the project.

“With the sea-level rise, it gets worse every year. With more intense storms, it’s evidently getting worse …These threats are just too large to ignore," Merrell said. "This supports the entire United States. We could not function properly without this area.”