The Florida resident had a hunch that he would find some treasures after Ian stirred up waters — but he wasn’t expecting to find something so valuable when the nickel signal went off on his metal detector.

After disasters such as September's Hurricane Ian, Florida residents take to the coast's eroded shorelines, hunting for treasures such as jewelry, coins and other artifacts. After Ian's destruction, one man's hunt for treasure on Hammock Beach in St. Augustine led to a valuable discovery and a heartwarming journey amid the hurricane's aftermath.

Joseph Cook, a 37-year-old resident of St. Augustine, began his treasure-hunting journey at a young age, starting around 12 years old thanks to influence from his parents, who bought him a metal detector due to his uncle's history as an archaeologist. Claiming he became "addicted" to the process after moving to Florida, he enjoyed the feeling of never knowing what he would find. 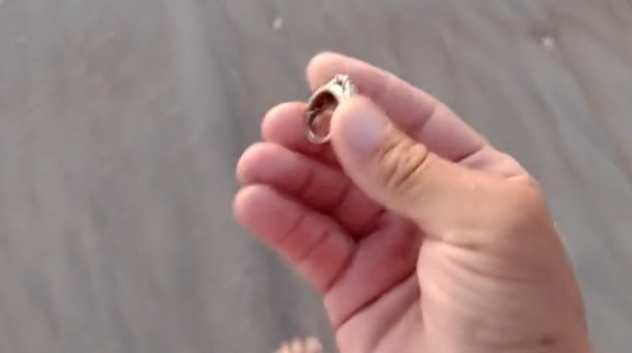 Joseph Cook recorded a TikTok video on Hammock Beach in St. Augustine that showed him holding a diamond ring worth $40,000 he had recently discovered. Cook later returned the ring to its rightful owners. (Joseph Cook)

Cook eventually began turning his hobby into social media content and recently used his outreach on his biggest break yet. Combing Hammock Beach after Ian, Cook used his metal detector to find a diamond ring worth $40,000.

"It was just a normal day ... we had just gotten through Hurricane Ian, so I was hoping a lot of stuff was washed up," Cook said. "I was just kind of strolling down the beach, found a couple [of] quarters, some pennies, and then I got a nickel signal ... I thought for sure it was going to be another nickel. I dug the scoop into the ground, pulled it out, went to look, and sure enough, I just pulled out this huge, beautiful diamond ring. It was so weird."

Cook went to his social media channels such as TikTok after finding the ring, looking for its rightful owner, as he does with the cavalcade of rare items he nabs from Florida beaches up and down the coastline. After nearly a month of searching, one day he received a string of calls and text messages from a Jacksonville couple that laid claim to the ring.

While going through the verification process with the couple, he met up with one of the rightful ring owners -- and a touching interaction ensued. 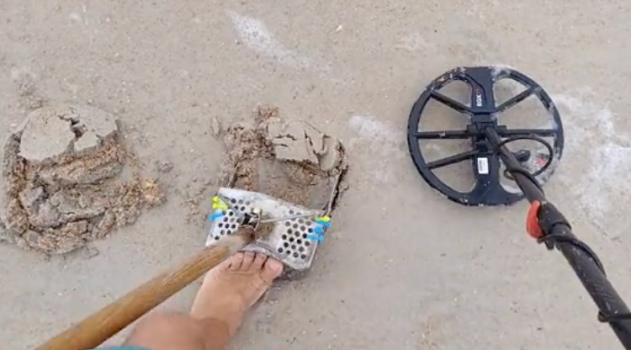 Joseph Cook, a resident of St. Augustine, Florida, uses his treasure hunting skills for good, returning lost items including a recent return of a ring valued at $40,000. (Joseph Cook)

Cook met with the husband and handed over the ring, and Cook recalled a FaceTime call with his wife, in which she was so excited she was moved to tears. "She kept screaming, 'Oh my God! I can't believe you found the ring!'" Cook said.

The way in which the ring was lost, and then found by Cook, was as rare as the jewelry itself.

"She was actually playing football with her kids, wasn't even swimming ... she looks down, and the ring is just gone," Cook said. "She told me that her husband went and bought a metal detector, searched for four days and never found it. That was before the hurricane."

Cook went on to explain that it was months later -- after Hurricane Ian -- when he ventured out on his treasure hunt and found the ring.

After returning the ring, Cook nearly immediately found another diamond sparkler, which caused him to claim in a TikTok video that "karma does exist."

"I always believe that. I returned tons of rings this year. Some people think I'm crazy for returning them, but that's what I do it for. It's about the hobby for me and getting the stuff back to people. Every time I find something and find the owner, I kid you not, within a few days and even the same day, I find something bigger and better," Cook said, "and I feel like it keeps the circle going ... that stuff exists, you have to do the right thing."

The mighty Nile fends off a rising sea, other forces of nature