One flood-weary area of the world is likely to get another dose of heavy rainfall and potentially serious flooding this week.

A tropical low developed just east of the Philippines during midweek and tracked over the nation's northern island of Luzon, which is the largest and most populated island of the country, through the second half of the week.

"Even without being an organized tropical system, this tropical low brought waves of heavy and tropical rainfall through the northern parts of the Philippines through Friday," said AccuWeather Lead International Forecaster Jason Nicholls.

On Wednesday, the city of Romblon, on one of the smaller islands in the Philippines, already experienced drenching rain and reported more than 180 mm (7 inches) of rainfall in just 36 hours.

As of Friday evening, local time, the Clark Air Base, located on Luzon, reported 94 mm (3.72 inches) since Wednesday.

Rain that intense could easily cause flooding, and areas with more rugged terrain could even face dangerous mudslides.

Some communities in the northern Philippines are still cleaning up from Tropical Storm Nuri, known as Butchoy in the Philippines, that made multiple landfalls and unleashed torrential downpours during the middle of June.

Once the tropical low emerged over the South China Sea on Friday, it moved into an environment more conducive for tropical development. 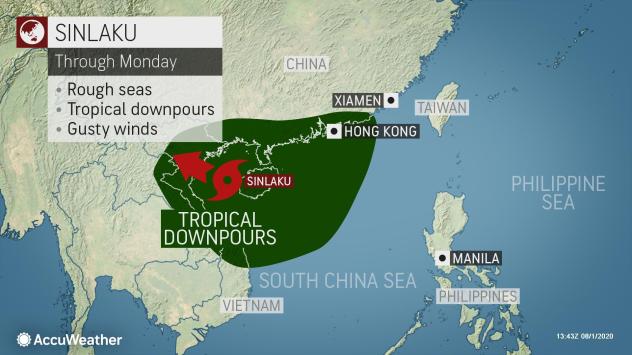 Once this low moved over sufficiently warm water and relatively light wind shear, or changing winds with altitude, across the South China Sea it developed into a tropical depression.

"There are some indications that the track of the tropical system will continue northwestward, making landfall in northeastern Vietnam in the first week of August," Nicholls said. 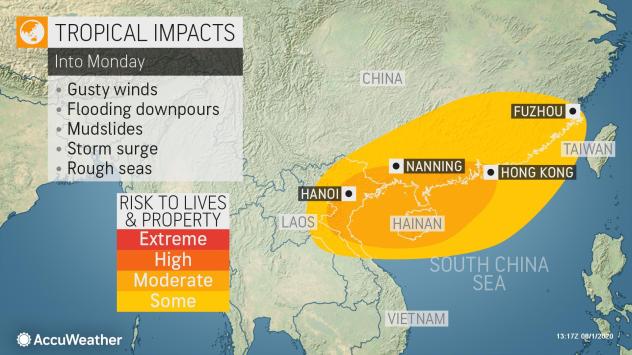 "Regardless of strength, southern China could end up with the greatest impacts into early this week with another dose of heavy rainfall returning the risk of flooding," said Nicholls.

With current forecasts indicating that the tropical rain could linger for several days from northern Laos and Vietnam, to far-southeastern China, cities including Hong Kong, Guangzhou and Hanoi may be the target of some of the heaviest rainfall.

Widespread rainfall amounts of 50-100 mm (2-4 inches) are possible with an AccuWeather Local StormMax™ of 250 mm (10 inches), especially over Hainan Island, and in western Guangdong province and Guangxi province of China. 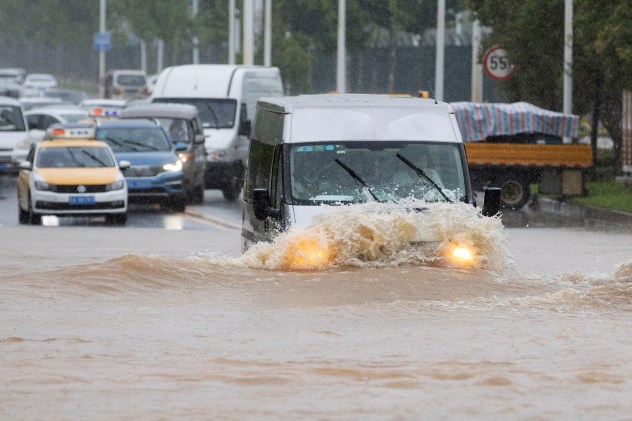 Much of central and eastern China has been dealing with major flooding since June, with rivers overflowing and fears of collapsed dams.

The Xi River basin was devastated by recent flooding in southern China, and the region could pick up more heavy rain from the developing system.

The river overflowed its banks and levees in a deadly round of flooding back in early July. More than 141 people were killed or missing, 28,000 homes were damaged and thousands of residents were forced to evacuate, according to the Los Angeles Times.

There is also another tropical system in the basin. Tropical Storm Hagupit, which just formed Saturday night, local time, that will move to the northwest over open water and not bring many major impacts to land. Fireball seen in the sky from satellite re-entry