The president pledged continued support - more than $60 million - as the island rebuilds from Hurricane Fiona's devastation. 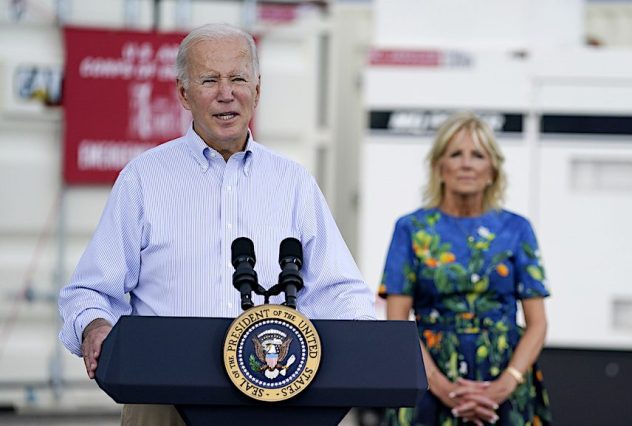 Oct. 3 (UPI) -- President Joe Biden traveled Monday to Puerto Rico to survey Hurricane Fiona's damage and pledged continued support as the island rebuilds. He also announced he was sending tens of millions of dollars to help prepare the island for storms.

"Today, I'm announcing more than $60 million in funding to help coastal areas of Puerto Rico become better prepared for the storm," Biden said while speaking in front of FEMA stockpiles of generators that will be deployed to provide electricity to people on the island who still are without power.

Biden said the funding could be used to create a flood warning system and "to help shore up levies and shore walls," adding that he has asked Energy Secretary Jennifer Granholm to lead a "supercharged effort" to put in place the Puerto Rican Grid Recovery Modernization team to provide federal resources and technical assistance to the island as it works to repair its electric grid.

"I am committed to this island. Puerto Rico has been through so much in recent years: Hurricane Maria five years, a 6.4 magnitude earthquake two years ago ... then COVID-19 and Fiona," Biden said.

He added that he is "confident" that the federal government will be able to also deliver on a series of requests made by Puerto Rico Gov. Pedro Pierluisi, who said Monday that he asked Biden to amend his emergency disaster declaration "to provide an additional period of 180 days of 100% funding for debris removal, emergency protective measures and direct federal assistance."

"I have asked FEMA to provide immediate access to the supplies in its local warehouses to our government and the 94 local nongovernmental organizations operating community hubs on our island," Pierluisi added.

Pierluisi said he has also asked the federal government to help advance the transformation of the island's struggling electric system and to help Puerto Rico achieve goals of renewable energy generation by 2050.

"Thank you, governor, for your partnership as we work to rebuild Puerto Rico and I mean rebuild it all, rebuild it in a resilient way so that when the storms come again, which they will, they're not going to have the damage they caused before," Biden said.

Biden, who will travel to Florida on Wednesday to survey damage wreaked on the state by Hurricane Ian, noted that many Puerto Ricans have family members and friends in Florida.

Puerto Rico Before and After Hurricane Fiona Flooding

"As I made clear, in times like these our nation comes together, put aside our political difference and get to work. We show up when we're needed because if we lost our homes, if we lost a loved one, we hope that people would show up for us as well."

Fiona knocked out power to all of Puerto Rico on Sept. 18 as a Category 1 hurricane. The island territory was still recovering from 2017's Hurricane Maria when the storm hit.

"This latest storm dealt a blow to all the hard work that has been done since Maria," Biden said Monday. 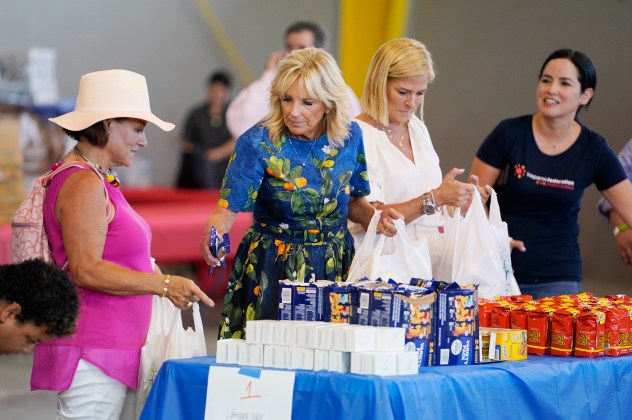 "Roads and bridges, built after Maria, have been washed away again. Families who spent their savings to build new homes after losing their last ones have seen them flooded away. Crops decimated. Farms destroyed."

Biden added that Congress approved "billions of dollars" for Puerto Rico after Maria though "much of it not having gotten here originally" and assured that his administration is "determined to make sure you get every single dollar promised."

"Yes, Puerto Rico is a strong place and Puerto Ricans are strong people. But even so, you've had to bear so much and more than need be and you haven't gotten help in a timely way," Biden said.

"Everyone who survived Maria, Fiona must have been an all too familiar nightmare. You know better than anyone that over time these losses add up. Puerto Ricans have lost loved ones in these storms and in previous disasters." 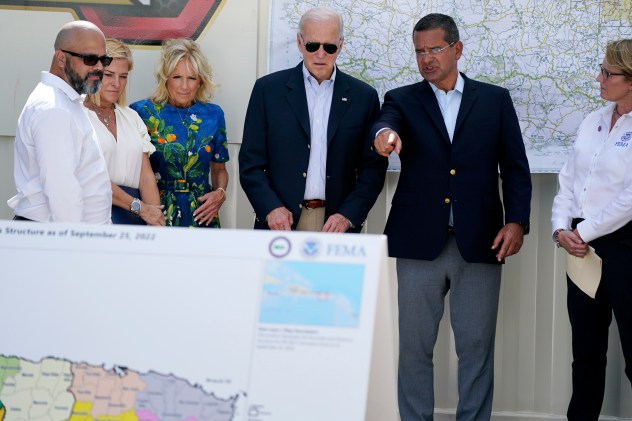 Pierluisi added during his speech that 93% of Puerto Ricans now have electricity two weeks after Hurricane Fiona with 98% now having water service.

"We have been able to provide safe access to all communities whose access roads or bridges were affected and everyone who was housed in a shelter has either returned home or has been provided temporary housing," he said.

Pierluisi added that more than 800,00 residents have registered with FEMA to claim individual assistance, which was also highlighted by Biden.

"The federal government can provide individual assistance of up to $37,900 for essential home repair and another $37,900 for lost property as the law calls for, like a car or a refrigerator," Biden said.

Those who are struggling to pay bills and other necessities, like filling their car tanks with gas, can also apply to FEMA for $700 "to help just for a little while."

"$700 won't replace what you lost, not even close, but it can help take care of some of the little basics while you catch your breath and get back on your feet," Biden said.

Hurricane Ian caused catastrophic damage to Fort Myers, Fla., and surrounding areas when it struck last week as a powerful Category 4 hurricane, one of the strongest storms ever to hit the United States. 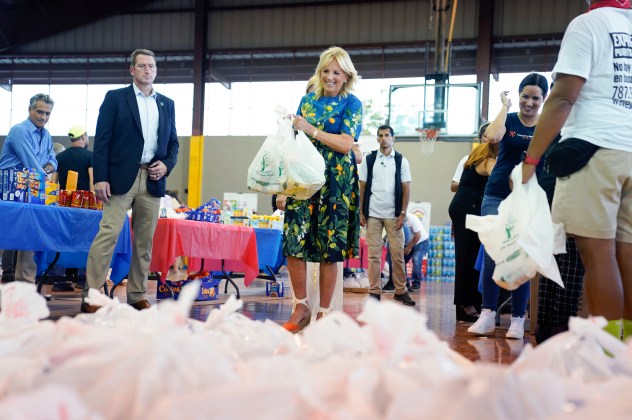 Biden, who will be joined by first lady Jill Biden, will tour Ponce, Puerto Rico. Power has been restored to 86% of the residents there as of Sunday after Fiona plunged the entire island into darkness.

"They will meet with families and community leaders impacted by Hurricane Fiona, participate in a community service project to help pack bags with food and other essential items and thank the federal and local officials working around the clock to help the people of Puerto Rico recover and rebuild," a White House official said, according to CNN.

"The president will also receive a briefing on ongoing recovery efforts."

According to PowerOutage.us, more than 559,000 customers remain without power in Florida. Federal and local responders had performed more than 700 rescues in the state from high waters.

"We're just beginning to see the scale of that destruction," Biden said on Friday. "It's likely to rank among the worst in the nation's history. You have all seen on television homes and property wiped out. It's going to take months, years to rebuild."