In the wake of Ian, AccuWeather meteorologists are monitoring specific zones of the Atlantic basin where new tropical development may occur in the coming week or two. Experts say the season is far from over, with its official close not until Nov. 30.

It took over four months into the 2022 Atlantic hurricane season for the basin's first major hurricane to emerge -- Fiona -- which went on to bring significant damage to Atlantic Canada after ravaging Puerto Rico and the Dominican Republic. Ian quickly followed in Fiona's footsteps, ramping up to a Category 4 major hurricane prior to slamming Florida. 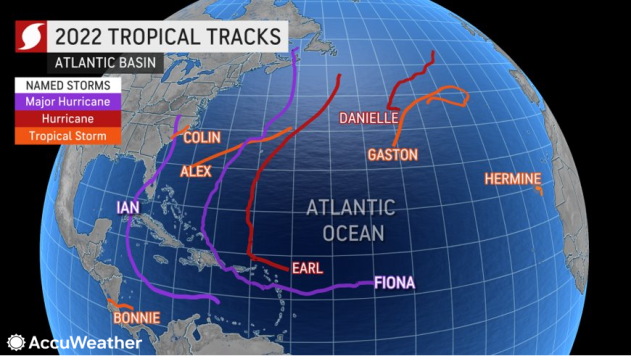 Ian gave a jolting reminder that all it takes is one significant strike from a tropical system to disrupt livelihoods and create a major, deadly disaster, following what was an unusually quiet start to the season.

In the wake of these destructive storms, forecasters say there are a couple of areas worth watching for tropical development in the coming days. 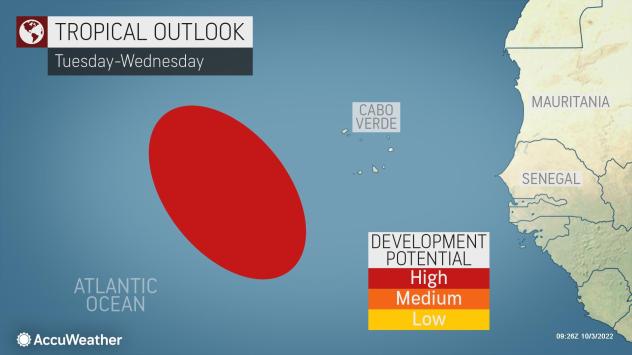 "Looking at future development across the basin, there is now a high chance that a tropical wave south of the Cabo Verde Islands will develop into an organized tropical system," AccuWeather Senior Meteorologist Dan Pydynowski said.

Showers and thunderstorms associated with this tropical wave remained disorganized early Monday, but environmental conditions are expected to favor the organization of a tropical depression or storm during the early to middle part of this week.

"It looks like any system that forms in this part of the basin should remain over the open waters of the eastern Atlantic," Pydynowski said.

The brewing storm may pass close enough to the Cabo Verde Islands to bring an uptick in wind and rain this week, especially to the westernmost islands, but any impacts should not be major. 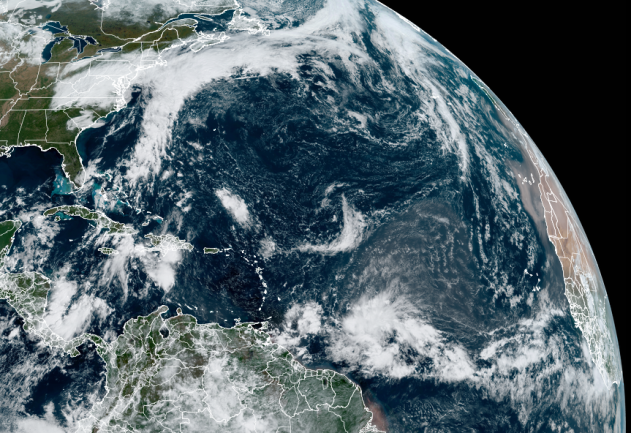 This satellite image from Sunday, Oct. 2, 2022, shows leftover clouds from Ian over the eastern United States. Meanwhile, a few tropical waves were traversing the southern tier of the basin. (CIRA/RAMMB)

Meanwhile, farther west, experts say the Caribbean Sea will be another zone under close scrutiny as a disturbance enters these waters during the latter part of this week and heading into next weekend.

"There are indications that a broad counterclockwise rotation may try to develop in the Caribbean by next weekend, and this feature could attempt to spur development," Pydynowski said. 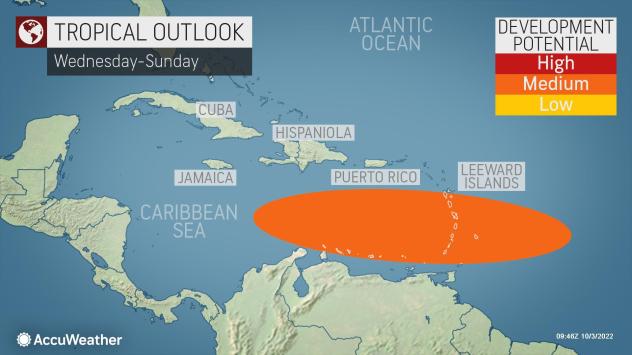 AccuWeather Hurricane Expert Dan Kottlowski said the main obstacle in the way of development in the Caribbean Sea will be the likelihood of increasing wind shear in this zone heading into the middle of the month. As a result, the longer it takes this feature to enter the Caribbean waters, the lower the risk of tropical development, according to Kottlowski.

Regardless, people living in the Caribbean and Central America are encouraged to stay up-to-date on the forecast and monitor the latest developments in the Atlantic basin throughout the coming week.

The next named storms in the Atlantic will be called Julia and Karl.

Outside of the Atlantic basin, forecasters are closely monitoring Hurricane Orlene in the East Pacific Ocean, which is on track to make landfall on the western coast of Mexico.

Ian brings 'catastrophic' flooding along South Carolina coast
Ian contributing to raw, miserable weather weekend for the Northeast
‘Worst hurricane I have ever been in’: Floridians pick up the pieces of Ian’s aftermath