Here's a look at some of the top headlines surrounding coronavirus for April 3.

People are taking social distancing seriously – even when it comes to their health care decisions.

The Centers for Disease Control and Prevention (CDC) reported Friday that influenza-like illness (ILI) activity decreased by 14 percent for the week ending March 28 compared to the prior week. This comes after three straight weeks of increased ILI activity, driven in part by COVID-19.

The reason for the decline?

“Recent changes in health care-seeking behavior, including increasing use of telemedicine and recommendations to limit emergency department (ED) visits to severe illness, as well as increasing levels of social distancing, are affecting the number of persons with ILI and their reasons for seeking care in outpatient and ED settings,” the CDC noted in its report.

While ILI activity decreased nationally, it remains elevated. Visitors to health care providers for flu-like illnesses dropped to a total of 5.4% of such visits; that number was 6.3% last week. The highest peak during all of last year’s difficult flu season was just 5.1%.

This season is now tied with the 2018-19 season for the longest above-baseline flu season in at least 20 years of CDC records. This is the 20th straight week flu activity is above baseline normal (2.4 percent).

"I think we are near the end of the flu season this year and what we are seeing now is an incomplete picture of the early part of the COVID-19 rise," Dr. Bryan Lewis, a professor at the Biocomplexity Institute, told AccuWeather. "Recall these numbers are delayed, what we are seeing is activity from the week ending March 28th.... We have been forecasting COVID-19 across the country and the increases are pretty widespread, though the true counts are still low-ish in many states. With the limits in testing we are still not capturing anywhere near all the cases."

Laboratory-confirmed influenza-associated hospitalization rates for the U.S. population overall are higher than most recent seasons and rates for children 0-4 years old and adults 18-49 are the highest the CDC has on record, surpassing rates reported during the 2009 pandemic.

ILI activities are expected to remain at high levels in the North, stretching from the Pacific Northwest across to the Great Lakes, according to researchers at the Biocomplexity Institute at the University of Virginia who work in a research partnership with AccuWeather. Activities in the mid-Atlantic to New England also figure to remain at high levels as the COVID-19 pandemic takes hold and causes significant cases in this region. 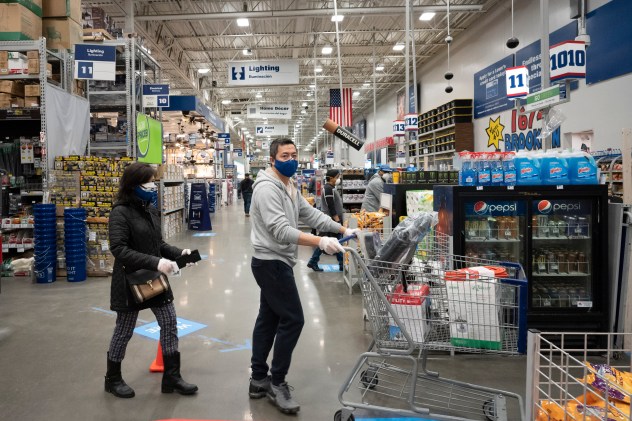 Flu season typically begins in October, peaks between December and February and lasts well into March, although activity can last as late as May. Flu viruses are more stable in cold air and the low humidity allows the virus particles to remain in the air, according to Peter Palese, who was the lead author on a key flu study in 2007.

Goodbye hurricane season? With 6 weeks to go, it may be all but over

Chilly weather may have Northeastern residents grabbing their sweaters Protesters demand action on climate change in the nation's capital