How does cold weather impact the spread, survival of the flu virus?

With the start of flu season underway as temperatures begin to drop in October and November, it may seem as though the contagious influenza virus tends to thrive as the weather conditions become colder.

An October 2007 study shed some light on the topic. It demonstrated that guinea pigs that were infected with the virus, which is mainly spread among humans in the air via droplets when infected people cough, sneeze or speak, were more likely to infect other guinea pigs in lower temperatures rather than in warmer conditions, according to the National Institutes of Health (NIH).

However, Dr. Jean Moorjani, a board-certified pediatrician at Orlando Health Arnold Palmer Hospital for Children, clarified that the contagious virus’s relation to the cold is partially true and partially false. 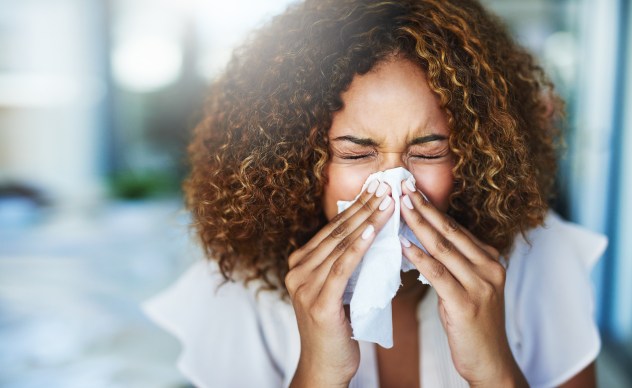 “Some of the things we grew up hearing was, ‘bundle up, you’ll catch a cold,’ or, ‘you need to get a jacket or a hat, or you’ll get sick,'” said Moorjani, who added that merely being exposed to cold weather is not the cause of flu infection, which killed about 80,000 people during the 2017-18 flu season.

“The biggest thing people should understand is cold itself doesn’t make you sick,” she said. “You need to actually be infected with the virus [in order to become ill].”

A few studies have shown that the virus can be strengthened by colder weather conditions, according to Moorjani.

The virus’s outer layer, called a lipid membrane, is made up of oils, fats, cholesterol and waxes. Researchers believe that this outer coating allows the sometimes-deadly flu virus to survive colder conditions and travel from person to person.

In one study, NIH researchers found that the lipid solidified into a gel at temperatures below or slightly above freezing.

“[In the cold], that outer wall kind of protects itself so it can survive a little longer,” said Moorjani.

Although the changing seasons don’t actually affect how the flu virus is transmitted, the virus, which can be detected and spread all year round, is believed to be adversely affected by higher temperatures, according to California-based emergency medicine physician Dr. Petrina Craine.

At temperatures above 70 degrees Fahrenheit, the lipid's gel begins to melt, transforming into a liquid, according to the NIH study.

“Think about how a lot of times, we use heat to kill things or to deactivate things,” Craine told AccuWeather. “Higher temperatures are actually believed to impair some part of the virus’s ability to infect others, which is one reason why we don’t see influenza as much in the summertime in the United States as much as we do in the wintertime.”

Humidity and the amount of water vapor present in the air also factor into the survival and spread of the flu virus.

Now is the time to protect yourself from the flu
6 unexpected ways winter affects your health
It’s not the common cold: How respiratory syncytial virus could threaten your child this winter

“It’s believed that more water vapor in the air has a negative impact on the virus’s ability to successfully transmit to others by impairing parts of its molecular makeup, and in a way, inactivating it, as well,” Craine said.

Droplets, which are how the flu is spread, can be large or small, so the more water vapor is present, the less likely those particles are to be transmitted very far, according to Craine.

Alternatively, when there is less water vapor in the air, it means that there less of the water getting in the way of those droplets traveling farther, she added.

“Being in a drier climate this time of year, where it’s less humid and you have less water vapor, someone sneezing does have the ability to transmit the virus farther than in the summertime, when there’s more humidity,” Craine said.

Preventing the spread of influenza

Experts stress the importance of getting an influenza vaccine during the flu season, as the virus can quickly become serious and, in some cases, fatal.

“There are people who have had multi-organ failure and died,” Craine said. “It’s not the flu itself, but it’s also complications you can get from it.”

“We’ve seen people who get the flu and recover, but they’re more likely to get a disease like pneumonia and maybe even die from that,” she added.

The Centers for Disease Control and Prevention (CDC) recommends receiving a flu vaccine by the end of October each flu season.

Thorough and frequent hand washing can also prevent the spread of influenza. “Practicing good hand washing and good hand hygiene to help reduce your chance of getting infected with any virus, not just the flu,” Moorjani said.