A report published by NOAA found that this vast and significant northern biome is shifting, with snow cover declining at an alarming rate.

Longyearbyen, Norway, is the world’s northernmost town, but it is also the place where global warming is at its fastest pace — seven times faster than elsewhere.

(CNN) -- Each year, the Arctic region goes through an annual health checkup — and the results are in: From a rapid decline in snow cover to an unprecedented late season melting event to another year of seabird die-offs, the Arctic has once again shown clear symptoms of an ailing planet.

A report published Tuesday by the National Oceanic and Atmospheric Administration found that this vast and significant northern biome is dramatically shifting, with snow cover declining at an alarming rate of about 20% per decade. It continues to warm four times faster than the rest of Earth, with the last seven years being the warmest on record, according to the report.

Authored by more than 140 scientists around the globe, the Arctic Report Card examined the region's "vital signs" between October 2021 and September 2022, including changes in snow cover, sea ice volume, air and ocean temperatures, as well as a new pulse-check on precipitation events.

The report describes an increase in commercial activities and vessels venturing deeper into the Arctic on sea routes opened up by melting ice. These ships increase noise pollution in the region, altering its soundscape and interfering with the ability of marine mammals to communicate.

Changes in the Arctic also threaten the lives of people living in the region, particularly Indigenous communities who have long relied on the region's typically frozen landscape

The report "demonstrates that we are seeing many of the most intense impacts of climate change first in the Arctic," NOAA Administrator Rick Spinrad told CNN. "I can't overstate this but rapid warming in the Arctic is profoundly affecting more than 400,000 Indigenous people who live there, and in many instances is upending their entire way of life." 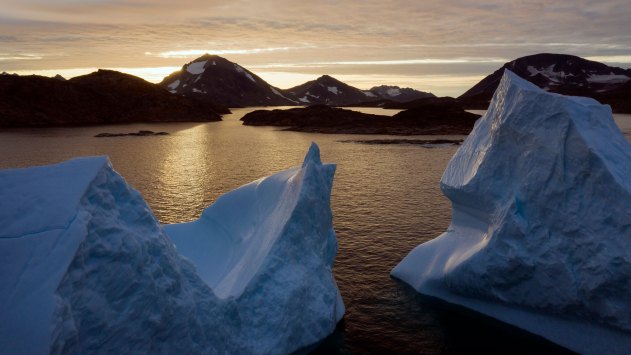 Greenland has been melting at an alarming rate in the last decade, and this summer it saw two unprecedented late-season melt events. (Felipe Dana/AP)

While the Arctic might seem remote, what happens in this region is a bellwether for the global climate — and the report makes clear that its impacts are far-reaching.

Global scientists have detected a significant increase in Arctic precipitation since the 1950s, according to the report. Of the past 72 years, this year marked the third wettest on record in the Arctic.

The NOAA report shows that the central part of the Arctic exhibited more consecutive wet days than dry ones, as well as a notable rise in heavy precipitation in the North Atlantic. September in Greenland, for instance, is typically snowy. This year, it was rainy.

The Greenland ice sheet saw two unprecedented late season melting events. The first was in early September after high pressure drove temperatures well above average early in the month, with 36% of the ice sheet showing surface melting. Then later in the month, the remnants of Hurricane Fiona, tracking north after devastating Puerto Rico and slamming into Canada's Atlantic coast, pushed a wave of warm, moist air over the ice sheet, triggering the largest late-September melting event on the southern ice sheet.

"Setting two records in one month is always unexpected," Ted Scambos, a glaciologist at the University of Colorado Boulder and lead scientist at the National Snow and Ice Data Center (NSIDC), told CNN. "It's rare but not unheard of for a hurricane remnant to affect southern Greenland or even Iceland or the UK, but very unusual for it to have this large an impact." 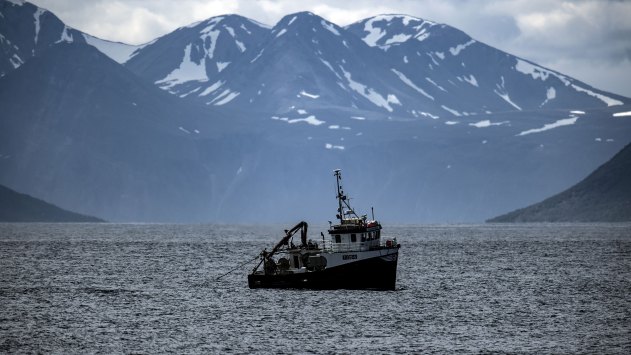 As the planet warms, more commercial activities occur and vessels venture deeper into the Arctic on sea routes opened up by melting ice. (Sebnem Coskun/Anadolu Agency via Getty Images)

Jason Box, a climate scientist with the Geological Survey of Denmark and Greenland, told CNN it was "reminiscent of August 2021," when rain fell on the summit of Greenland instead of snow for the first time on record, a phenomenon climate modeling suggests will likely be the norm in the coming decades.

Additionally, the report shows that although the Arctic was wetter than usual, some areas such as Alaska and northeastern Siberia saw a gripping drought over the summer months, which triggered severe wildfires. 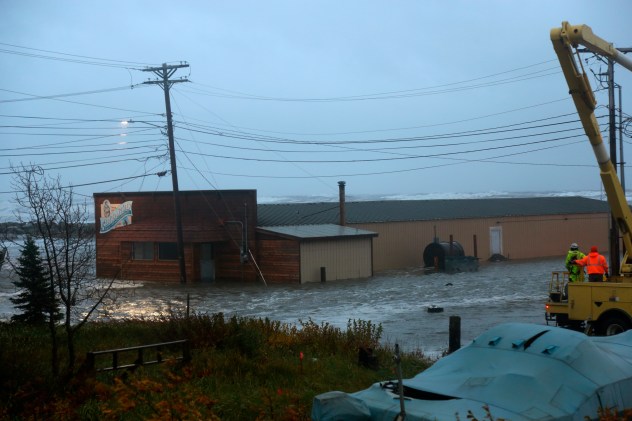 The NOAA report card shows another year of seabirds dying in the Bering and Chukchi seas. Bird carcasses have been found along the coast for the sixth year in a row, researchers say.

Before 2015, seabird die-offs in Alaskan waters had been rare but ocean temperature increases — which cause the fish seabirds prey on to die or migrate — have been accompanied by significant seabird declines.

Seabirds die-offs threaten food security for many remote native Alaskan communities who depend on the birds and their eggs for subsistence foods. Indigenous people also see the birds as a critical part of their cultural heritage.

"The peoples of the Arctic experience change as a result of multiple disturbances accumulated over the years and, increasingly, over generations," Matthew Druckenmiller, a research scientist with NSIDC and the lead editor of the 2022 Arctic Report Card, told CNN. "That, to me, is a human story — and that same thing can be said for ecosystems. It can be said for individual species." 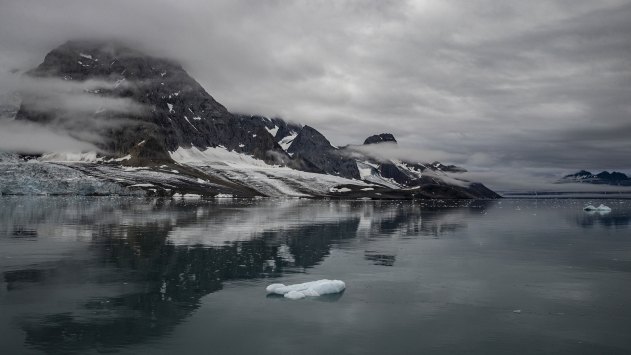 Fjords melt due to warm temperatures near Svalbard Islands, in the Arctic Ocean in Norway on July 19, 2022. (Ozge Elif Kizil/Anadolu Agency via Getty Images)

It also affects the economy. The dwindling sea ice and shifting marine habitats are together bringing a surge in shipping traffic to the Arctic, bringing more emissions and pollution to the region.

"You're going to see an increase in ships and it's happening across all seasons in all regions of the Arctic," Druckenmiller said. "And so that is really pointing towards a whole new era of impacts both on people living in the Arctic, but also on ecosystems."

Druckenmiller said climate scientists have long feared that a wetter, less icy and warmer Arctic would become reality. The Arctic Report Card suggests that the region has fundamentally changed over the past decades.

As humans continue to pump planet-heating gases, accelerating the climate crisis, researchers say the Arctic will continue to lose its ability to help regulate the world's climate.

"The time is now — the Arctic really is an example for the rest of the world on the pace of change and how far reaching implications can be," Druckenmiller said. "The world really needs to understand that that the Arctic is key to the global climate system."

Drone footage shows spectacular view of ghost town frozen in time
'No turning back': Glaciers are sweating at an unprecedented rate
These glaciers are on track to disappear within the next 30 years, new report shows
Report a Typo