When inhaled, it travels deep into lung tissue, where it can enter the bloodstream and contribute to heart disease, asthma, and an increased risk of lung cancer in people who have never smoked, doctors say.

A new study reveals that the very air we breathe may be killing us. Veuer’s Tony Spitz has the details.

(CNN) -- For the first time since 2012, the U.S. Environmental Protection Agency is proposing an update to the federal air quality standard for fine soot -- a long-awaited step to reduce deadly air pollution.

The current standard, which has been in place for more than a decade, limits the average annual amount of fine particle pollution to 12 micrograms per cubic meter of air. The EPA is proposing reducing that limit to 9 to 10 micrograms, though it will be taking public comment on a range as low as 8 and as high as 11 migrograms per cubic meter. The final standard will be a single digit somewhere in that range.

Fine particulate matter -- called PM2.5 -- pollutes outdoor air by the burning of fossil fuels like gasoline, diesel and oil, as well as wood, and comes from tailpipes, wildfires, factory and power plant smokestacks and other sources. It is the tiniest pollutant yet among the most dangerous. When inhaled, it travels deep into lung tissue, where it can enter the bloodstream and can contribute to cardiovascular disease, asthma and other respiratory illnesses.

Exposure to this pollution has also been linked to an increased risk of lung cancer in people who have never smoked. Scientists recently found a possible mechanism for that increased risk -- some air pollution particles may promote mutations in cells in the airways. 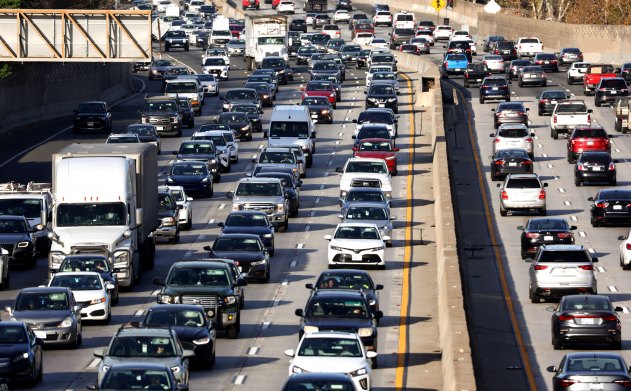 For the first time since 2012, the U.S. Environmental Protection Agency is proposing an update to the federal air quality standard for fine soot -- a long-awaited step to reduce deadly air pollution.

Given the significant health risk, the World Health Organization in 2021 recommended that environmental agencies cut the allowable limit to 5 micrograms per cubic meter of air. Doing so, the organization said, could reduce deaths associated with fine particle pollution by as much as 80%, though there is no amount of air pollution that is completely safe.

Though it's stronger than previous standards, the EPA proposal falls short of the WHO recommendation.

Harold Wimmer, the president and CEO of the American Lung Association, said the proposal "misses the mark and is inadequate to protect public health."

Wimmer said health organizations are "united" on this ask.

EPA Administrator Michael Regan defended the proposed rule, and said was crafted after "a lot of time looking at all of the new science" and after consultation with the experts within EPA "as well as our stakeholders."

"We arrived to this space based on sound science and rigorous evaluation of the data that we have at hand," Regan told reporters. 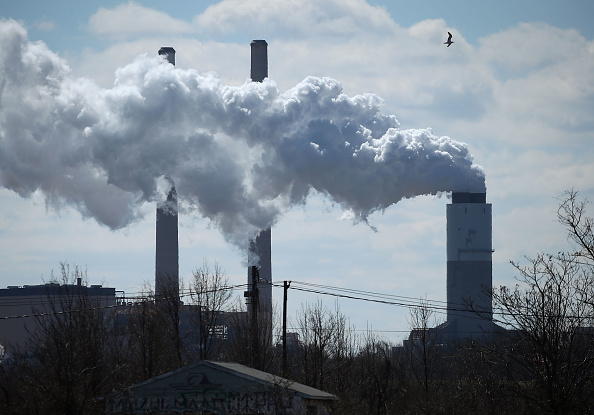 Dr. Doris Browne, an oncologist and the president of the National Medical Association, said the EPA's proposal "will have a lasting impact," especially on communities of color.

"I've spent my career advocating for health equity and environmental justice, because no one should be sickened by the environment in which they live," Browne told reporters. "Harmful carbon pollution and smog have a lasting and devastating impact on public health, and strengthening air quality standards means healthier, more sustainable communities."

The EPA is required by law to update the standards for fine particulate pollution every five years and according to the latest available science. The last time they were updated under the Obama administration in 2012, they were lowered from 15 to 12 micrograms per cubic meter.

The standards were not tightened during the Trump administration. The Trump administration decision prompted an outcry among environmental and public health groups. Then-EPA Administrator Andrew Wheeler said the U.S. had already "made incredible strides in reducing particulate matter concentrations" and did not need to further increase the standard. But Wheeler's comments directly contradicted the recommendation of the EPA's own scientists, which found that further tightening soot regulations could save thousands of lives.

Even with the proposed update, the Biden administration is running behind schedule. When Regan initially announced the EPA would consider stricter limits on soot, the agency's timeline was proposing a draft rule by summer 2022, finalizing the rule in spring of this year.

Friday's proposed rule will undergo a public comment period and is expected to be finalized later this year.