Oct. 25 (UPI) -- The emperor penguin is poised to receive new protections under the Endangered Species Act now that climate change has pushed it into "threatened" status, according to the U.S. Fish and Wildlife Service.

The federal agency announced Tuesday that it will grant the emperor penguin "threatened" protections, as climate change alters the penguins' sea ice habitat required for their survival. 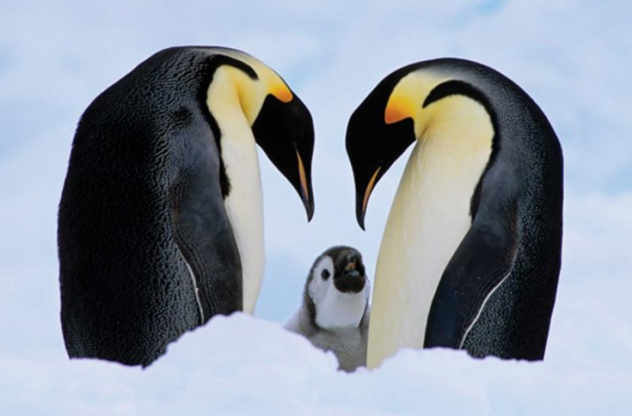 The emperor penguin has been granted "threatened" protections under the Endangered Species Act due to climate change's impact on the penguins' sea ice habitat, according to the U.S. Fish and Wildlife Service.

Emperor penguins rely on sea ice to form breeding colonies, forage for food and avoid predators. They are the tallest and heaviest of all living penguin species with adults weighing up to 88 pounds and growing as tall as 45 inches.

Classifying the emperor penguin as "threatened" will help to protect the species and conserve its habitat. While "endangered" species face the threat of extinction, "threatened" species could become endangered in the near future, according to the U.S. Geological Survey.

"This listing reflects the growing extinction crisis and highlights the importance of the ESA and efforts to conserve species before population declines become irreversible," Martha Williams, Fish and Wildlife Service director, said in a statement.

"Climate change is having a profound impact on species around the world and addressing it is a priority for the administration," Williams said. "The listing of the emperor penguin serves as an alarm bell but also a call to action."

While the Fish and Wildlife Service has determined emperor penguin populations are currently stable, the agency warns the species could become endangered. The emperor penguin could lose up to 47% of its global population by 2050 if carbon emissions remain high, according to the federal agency.

Currently, the species has 61 breeding colonies along the coast of Antarctic and between 625,000 and 650,000 individual emperor penguins among the entire species population. Given those numbers, the Fish and Wildlife Service said there is still time to save them.

The emperor penguin's new "threatened" protections will be published in the Federal Register on Wednesday and are expected to go into effect by the end of next month.