The drought declaration is the first in England since 2018 and comes as another scorching heat wave grips the country.

After a prolonged period of hot and dry weather that fueled wildfires, strained infrastructure and sent temperatures past the century mark in England, the British government on Friday officially declared a drought in England for the first time since 2018.

Water Minister Steve Double met with the National Drought Group, which is made up of senior members from the Environment Agency, government, water companies and key representative groups, on Friday to discuss the response to the "driest summer in fifty years."

The drought declaration covers much of England, including London, and comes as parts of the country are enduring another wave of heat. 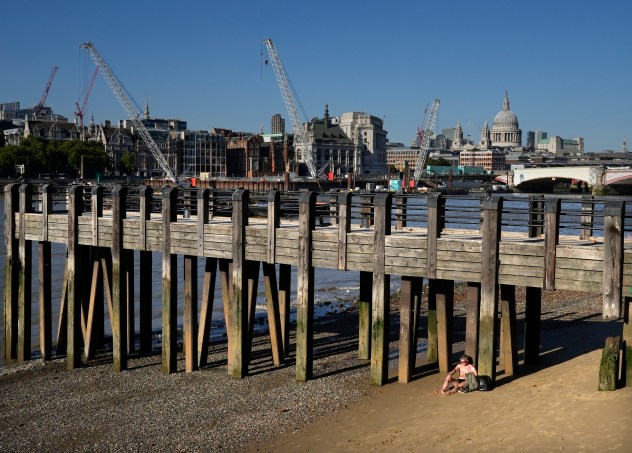 "We are currently experiencing a second heat wave after what was the driest July on record for parts of the country," Double said in a press release. "Action is already being taken by the Government and other partners including the Environment Agency to manage the impacts."

On Thursday, temperatures topped out at 93.5 degrees Fahrenheit (34.2 degrees Celsius) in Wiggonholt, which is located in southern England. Temperatures soared into the low 90s F (32-34 C) during Friday and Saturday afternoons as well.

"This is a quick-hitting burst of heat that will last through Sunday across England," AccuWeather Meteorologist Reneé Duff said.

Duff explained that a "high-pressure regime over Western Europe" this summer has kept storms away from England, resulting in less precipitation than normal. 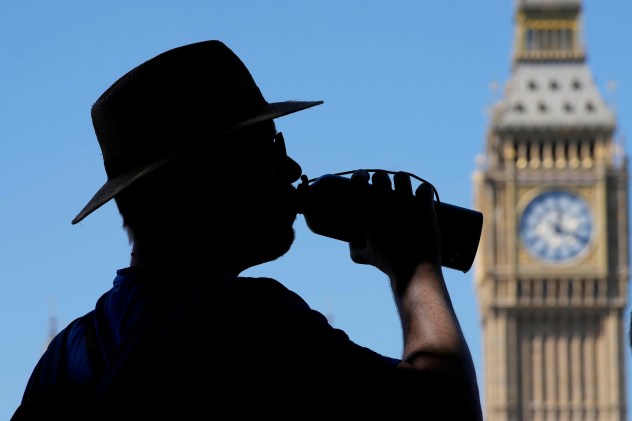 A tourist takes a refreshing drink opposite the Elizabeth Tower also known as Big Ben in London, Thursday, Aug. 11, 2022. Heatwaves and prolonged dry weather are damaging landscapes, gardens and wildlife, the National Trust has warned. Britain is braced for another heatwave that will last longer than July's record-breaking hot spell, with highs of up to 35 degrees Celsius expected next week.(AP Photo/Frank Augstein)

"July was terrible. In London, for example, the city recorded only 0.13 of an inch of rain when it averages 2.14 inches [for the month]," Duff said.

According to The Met Office, this past July was the driest July on record in England since 1935. It was also the "driest on record for East Anglia, southeast and southern England," the Met Office said.

And it wasn't just July that was dry. Since the winter, monthly precipitation totals have been below normal. Combined with the increased demand of water during the hot weather, water levels in reservoirs and rivers across the U.K. are low.

For the first time since 1976, the source of London's iconic River Thames has dried up, according to the director of policy and science at the Rivers Trust, Dr. Rob Collins, The Guardian newspaper reported. As the Thames flows out to sea, it is responsible for supplying fresh water to millions of families and businesses across one of England's most populated areas. 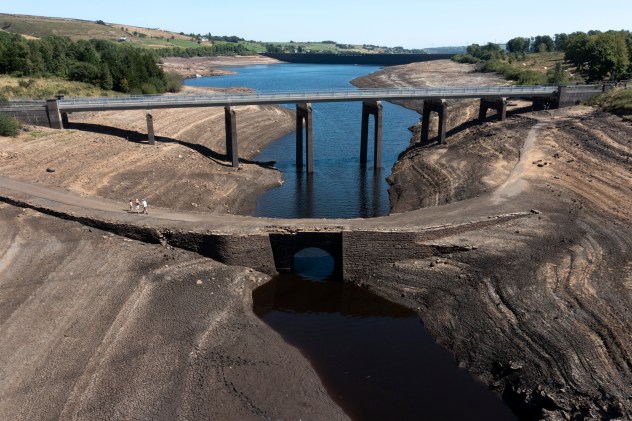 This drought declaration will allow water companies to impose stricter conservation measures. Water companies have already banned the use of water hoses for watering yards or gardens, washing vehicles or filling pools.

Firefighters across England are worried the latest wave of heat and drought conditions will raise the risk of wildfires across the country.

Union officials told The New York Times after years of staffing and funding cuts from the government, firefighters are worried they are underequipped and not well prepared to "tackle such extreme weather."

In a press release from The Met Office, Mark Hardigham, the Chair of the National Fire Chiefs Council (NFCC) asked the public to take "steps to ensure they are keeping themselves and their communities safe" amid the already dry conditions.

"In this heat please don’t use barbecues when out in the countryside or at local parks," Hardigham said in the press release. "Be careful not to discard cigarettes without making sure they are fully stubbed out and don't drop litter. In these tinder dry conditions, it is very easy for a fire to start and spread quickly." 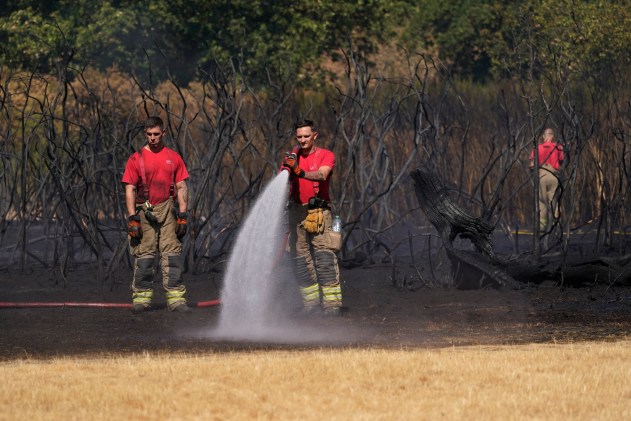 Firefighters battle a grass fire in the Leyton Flats, London, Friday, Aug. 12, 2022. A drought has been officially declared in some parts of southern and central England, following the driest summer of the past fifty years.(AP Photo/Alberto Pezzali)

The Met Office also noted the scorching temperatures could raise the risk of heat-related illnesses.

The UK Health Security Agency has issued a health alert until Sunday for parts of central, southern and northern England, advising people to look out for those who are more vulnerable to the heat including elderly residents and young children.

Drink breaks are being implemented for footballers who are participating in the Premier League over the weekend.

Fortunately, this wave of heat will be brief.

"The high-pressure system responsible for the building heat will start to break down early [this] week as a storm system arrives from the North Atlantic Ocean," said Duff. "This system will bring a return of cooler, cloudier and wet weather to portions of the United Kingdom."