A study shows women don't just prefer warm temperatures in the offices, their productivity increases with each degree warmer.

Office temperatures are debated and have received considerable media attention with many women saying thermostat settings are sexist. A study proves it's not just about preference.

For years, women have gathered in workplace bathrooms, around watercoolers or the coffee machine to share stories and bond about a common office complaint: the air conditioning is cranked up too high.

A study published several years ago confirmed what many women have always known: The temperature isn't just too low -- women's productivity tends to decline when the workplace air becomes downright frigid.

Dr. Agne Kajackaite is a behavioral economist at the WZB Berlin Social Science Center in Germany. She told AccuWeather that while working with the study's co-author, Dr. Tom Chang at the University of Southern California, their own frigid office temps prompted the research.

“We both were working at the USC in Los Angeles and it’s freaking cold in there! Outside would be 80-something Fahrenheit and you go inside and you’re like, ‘Oh, no, I have to go home, you know?” Kajackaite said. 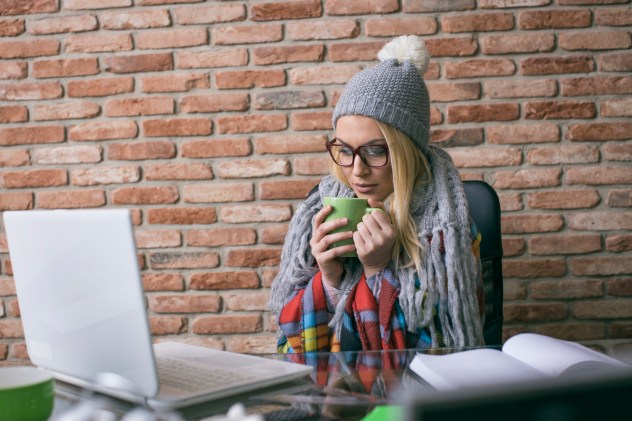 Researchers explored how men and women perform at different temperatures by giving them different cognitive tests.

Kajackaite is from Lithuania and now lives in Berlin. She explained that super-cooled buildings seem to be an American quirk. “For me, it was a shock when I moved to the U.S.," she said, adding that heavy use of air conditioning simply "doesn't exist in Europe."

"Not even in Spain or Italy," Kajackaite continued. "No, people don’t do AC and it’s really crazy. I don’t know where it comes from, this tradition of cooling everything down to 60 Fahrenheit.”

She observed women in offices taking extraordinary steps to stay warm. "Sleeping bags, blankets, the heaters, they have heaters under the desk for their feet and it’s super inefficient for energy, you know, think about it; the AC running, there’s a heater connected to electricity so it’s a complete waste of the resources," Kajackaite said via Zoom from Berlin. “I think being in a sleeping bag in the office is pretty crazy. That was a New York Times reporter who was in a sleeping bag!" 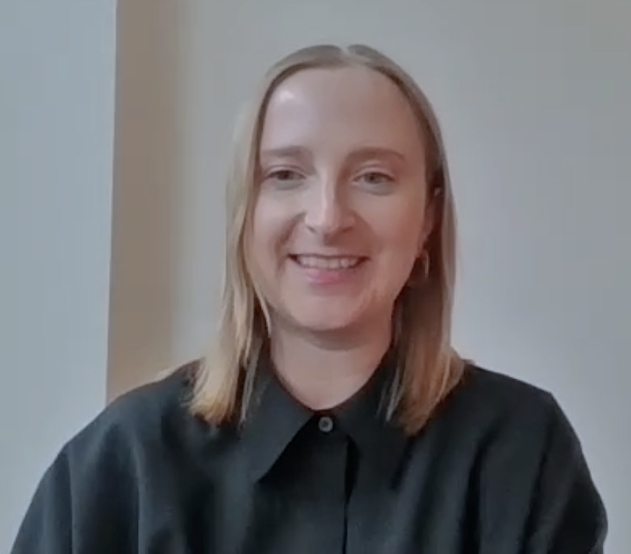 Kajackaite and Chang, who had a long-running thermostat debate with his wife, began to talk about office temperatures. “Why is it so cold in the offices? The research shows it was set for men, like in the 60s, for men in suits with their metabolic rate which is faster than the one of women,” she said they discovered. That's why so many women are left in the cold and the thermostat battle is nearly split in half, mostly along the lines of sex. As the BBC reported, "A 2015 survey of 129 office workers in the U.S. found that 42% of people think their building is too warm, while 56% think it’s too cold."

When running for governor of New York in 2018 against then incumbent Andrew Cuomo, who is also known to keep his offices chilled like the Arctic, Cynthia Nixon famously emailed the debate organizer to ask that the room be heated to 76 F (24 C). Strategist Rebecca Katz wrote that working conditions are "notoriously sexist when it comes to room temperature, so we just want to make sure we're all on the same page here."

Several women subsequently weighed in on Twitter with support. "Cynthia Nixon asks for the debate hall to be 76 degrees, and I'm sitting here in my work Snuggie wondering if this is actually the opening salvo of the revolution, Washington Post columnist Monica Hesse posted on Twitter, according to the BBC. (The tweet has since been taken down.)

"At one place where I worked, I would get ready in the morning, put on a presentable outfit, and then wonder why I bothered after I got to the office and threw on my pilly old fleece zip-up to keep warm," said another Twitter user, Lauren Sieben.

Iowa University Professor Kerry Howley jokingly tweeted she had "never felt more invested in a political debate," adding, "49% of Americans control 100% of the office thermostats. Don't engage me unless you're willing to argue at 79 degrees."

After Cuomo resigned as New York governor in November 2021, one of the first things that his successor, Kathy Hochul, did upon becoming the first female governor in state history was to turn up the thermostat in the Capitol offices more than 10 degrees, according to The New York Times.

Kajackaite closely followed the battle not just for the gubernatorial office, but the thermostat. While it's clear that many women prefer higher temperatures, she wondered how the chilly temperatures were affecting their actual work performance. She, along with Dr. Chang, recruited 543 German college students, put them in a room and made them solve mathematical, verbal and logic tests at temperatures ranging from as low as 61 degrees to as high as 91 degrees.

The 2019 study shows that with each degree warmer, women performed better by 1.8 percent on average and men performed 0.6 percent worse. That means if the temperature is increased by 5 degrees Fahrenheit, women can expect a 10 percent improvement in work performance, according to the researchers' data. The decrease in men's performance based on temperatures was so small it wasn't enough to be statistically significant.

“We were really surprised the result was so large," Dr. Kajackaite laughed. "We thought there would be an effect, but we didn’t think there was such a huge effect and we could actually reverse the gender gap so that we can see that at low temperatures men are outperforming in math tests but at high temperatures, women are outperforming.”

Lower office temperatures not only decrease work productivity, Kajackaite said, but running air conditioners all day while female employees turn on heaters and take repeated breaks to warm up isn't efficient or good for a company's bottom line. “Running an AC at those levels that they are running it, it’s so costly, and also it makes their performance worse so it makes no sense.”

For now, Kajackaite is pleased that the findings of the study gave women quantifiable scientific proof that employers are sacrificing productivity and office temperatures aren't just a preference. She told AccuWeather she has received emails from people all over the world who have used the study to get the temperature changed in their workplace.

“I have a good friend who is in Australia and he said all the women in his office in Melbourne are with the heaters and the blankets and he just gave them the copies of the paper and they went to HR to change it. In Lithuania, my home country, Telia, which is the main mobile service company, also adjusted their temperatures. Kajackaite said, noting that she has a friend who works for the company.

Also, she couldn't resist circling back to the temperature battle that took place when Cynthia Nixon was running against Andrew Cuomo for governor of New York. “After the study came out," Kajackaite recalled, "I tweeted about it and I tagged Cynthia Nixon saying, 'We proved your point!' and she liked my tweet!”

Is there a perfect temperature for 'the most comfortable sleep?'
Thermostat temperature setting suggested by federal program ignites uproar
5 ways people stayed cool before air conditioning was invented