Believe it or not, heat waves cause more deaths annually in the United States than any other weather event combined. Here's how you can prepare and stay safe if a heat wave does approach your area.

However, before air conditioning existed, people had to be creative when trying to stay comfortable in sweltering conditions.

Here are five different ways people across the United States beat the heat in the 1800s and early 1900s.

Water fountains were very different in the 1800s and early 1900s than they are now, but they still provided an easy way to cool off in the summer.

Some fountains in big cities were built as large troughs so people could do more than just take a drink of water. On a hot summer day, they were an oasis where people could submerge their heads to stay cool. 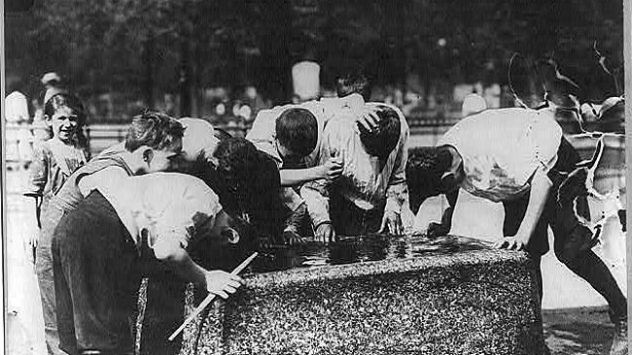 Children dunking their heads into a fountain on a hot day in New York City in the early 1900s. (Image/Library of Congress)

Not only were many different people using these fountains but sometimes horses and other animals would use them as well, often rendering them unsanitary.

With an eye on the summer heat, people would harvest and store ice blocks during the winter to be used in the warmer months.

Having ice available in the summer took some planning before refrigeration was available.

People would have to harvest ice from lakes that were frozen over during the winter months. The ice would then be stored in naturally cool buildings, called ice-houses, where they would sit before being distributed months later. 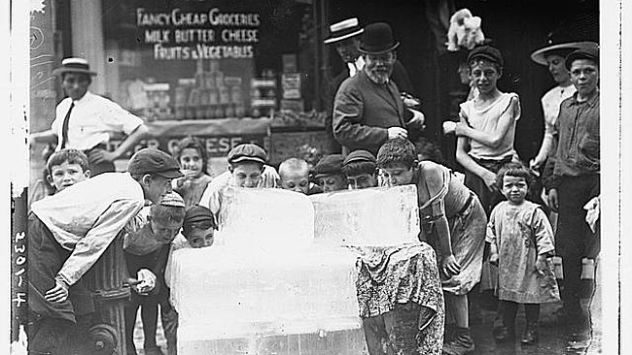 Children licking blocks of ice during the summer. (Image/Library of Congress)

Using ice to cool down on a hot summer day was efficient, but it was not always reliable due to the variability of winter weather.

If there was a mild winter, not as much ice would available to harvest, making it a rare commodity months later when the hot weather arrives.

However, in frigid winters, more ice would be available to harvest, making the ice cheaper and more accessible during the summer.

Creative architecture was another way to prevent indoor conditions from becoming stifling and uncomfortable.

Because hot air rises, some buildings were built with high ceilings. The hot, rising air would then escape through windows near the ceiling to create a natural airflow.

Architects also incorporated front porches onto houses to give homeowners some relief from the heat.

People could then sit outside during the evening and early in the night when it was cooler. 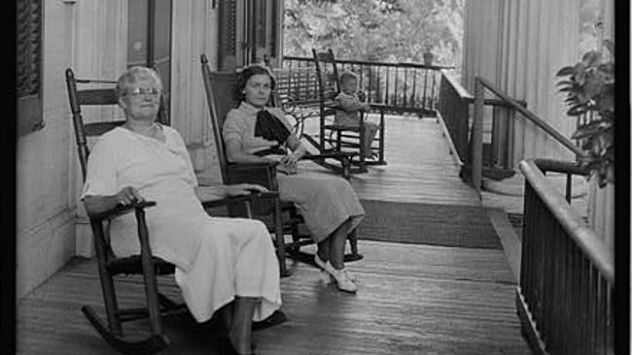 People sitting out on a porch to stay cool on a hot day. (Image/Library of Congress)

The porch eventually turned into a place to socialize with friends and family while cooling off after a long hot day.

Napping in the shade

Possibly the simplest way to beat the heat before air conditioning was to take a nap in a grassy area under a tree. 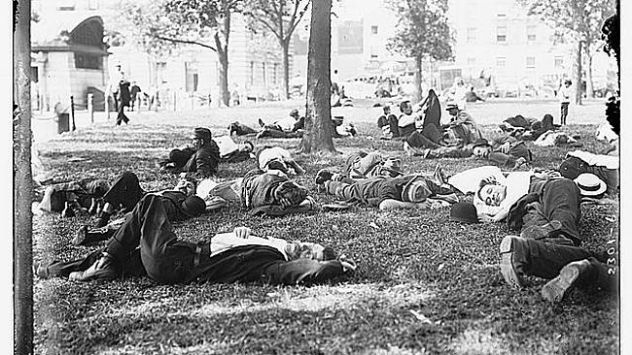 People laying around in the shade in Battery Park in New York City. (Image/Library of Congress)

Trees can be found almost everywhere, even in the heart of New York City and provide plenty of shade for people nearby.

Taking a nap in the afternoon also meant not doing any strenuous work during the hottest part of the day, reducing the threat of dehydration, heat stroke and heat exhaustion. Southern snow totals exceed half a foot in many places