The cans feature a QR code that people can scan using their phones. It brings them directly to South Carolina’s new hurricane preparedness website.

For one state, passing down knowledge and awareness about hurricane season is as easy as combining refreshment and enlightenment.

In South Carolina, the Dorchester County Emergency Management Department was searching for a way to spread the word about the Atlantic hurricane season and how people can stay prepared during potential storms, something beyond the typical public service announcement.

“I was thinking of interesting ways to get the message out there that’s never been done before … maybe get adults interested in it,” Dorchester County Emergency Management Preparedness and Recovery Specialist David Amann said.

After some discussion, Amann broached the idea to partner with a brewery for a hurricane seasonal beer, which could print crucial evacuation preparedness messaging on the cans of newly-crafted brew. 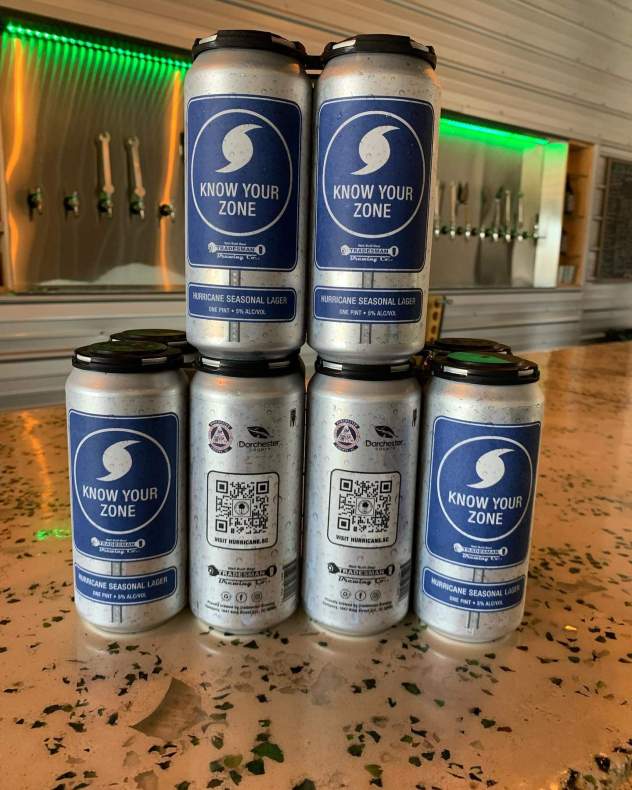 The beer idea blossomed into a partnership between Dorchester County and Tradesman Brewing Company in Charleston, cresting with the creation of the “Know Your Zone” beer. The light-tasting beer, brewed with California hops, is being sold in select local grocery stores with a special purpose.

Each can of “Know Your Zone” features a QR code that residents can scan using their phone. The QR code leads to South Carolina’s new emergency preparedness website, just in time for hurricane season.

The Carolinas were given a taste of what the season has to offer in early July, when Tropical Storm Colin formed on July 2. The third named storm of the 2022 Atlantic hurricane season, Colin brought heavy rains and strong winds to the Carolina coastlines before quickly losing organization.

But there is a long way to go between now and Nov. 30, the official end of hurricane season in the Atlantic. Other potential storms, including some more dangerous than Colin, will require locals to stay up-to-date with vital safety information.

“The website will teach people how to create an emergency kit, how to create a family emergency plan, how to find your hurricane evacuation zone … it’s just a one-stop shop for that hurricane preparedness information right on the can, easily accessible by your phone,” Amann told AccuWeather National Reporter Emmy Victor.

After just a few weeks on the shelves in Dorchester County, the cans have piqued the interest of the public, both from those living in the area as well as outside visitors. Tradesman Brewing Company owner Sara McConnell stated that out of the 119 QR codes scanned, 31 were in the local vicinity, while the rest were from those taking interest from outside Dorchester County.

As the brewing company keeps up with the scans, McConnell said that the partnership has been a success.

The joint initiative is expected to become an annual hurricane season tradition, with Amann hoping that more counties in South Carolina and other states can implement similarly unique awareness opportunities.

"We're not trying to make this idea just a Dorchester County thing," he said. "We're happy (that) people love the initiative, we're hoping it maybe inspires other emergency management departments."