It takes a whole fleet to clear 49,000 lane-miles of roadway when winter weather strikes in one state, but applications for snowplow drivers are down to about 50% compared to normal.

AccuWeather has confirmed six states are short 100 or more drivers to clear interstates and highways. Find out if that means where you live.

The Ohio Department of Transportation (ODOT) wasted no time in preparing to keep the roads clear during the approaching winter season -- the salt barns are stocked, the trucks are prepped and all the pre-checks are done. However, Ohio, along with at least five other states, is facing a critical setback: a shortage in snowplow drivers.

Ohio, Pennsylvania, Michigan, Oregon, Missouri, Colorado, Illinois, Indiana, Iowa, Rhode Island, and Wyoming -- all of which typically have snow coating the streets during the winter months -- are still recruiting snowplow drivers this season. In addition, six of these states -- Ohio, Pennsylvania, Michigan, Oregon, Missouri, and Colorado -- are each looking to hire more than 100 people for the job.

In Colorado, where winter operations are "the bread and butter" of the state's Department of Transportation (CDOT), the department is seeing a shortage of about 18% to 19% of its snowplow operators, John Lorme, director of Maintenance and Operations for the CDOT, told AccuWeather National Reporter Emmy Victor. Normally the department sees a shortage of around 10% when taking into account promotions, job turnover, etc. 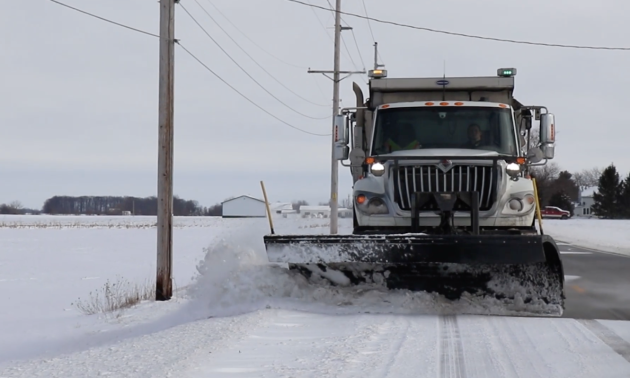 The CDOT currently has about 190 permanent positions available for entry-level maintenance with roughly 100 other temporary positions open, he added.

The ODOT also has more than 190 positions open. Traditionally, most of its seasonal employees come from rural areas of the state, ODOT Public Information Officer Matt Bruning told Victor. It is a bit more challenging to find seasonal employees in the cities due to people with commercial driver's licenses having more options, but this year proved to be a larger challenge overall.

"In some parts of the state, our applications are down about 50% from where they would expect to be," Bruning said. "The good thing is, we have drivers. We have people who will get the roads clear in Ohio. How many seasonal [workers] we get will determine how quickly we get those roads cleared."

The ODOT is responsible for all of the state and U.S. routes outside of municipalities, as well as all of the interstates across Ohio -- that adds up to about 49,000 lane-miles of roadway, Bruning said. The department has a goal to get the primary roads clear within two hours of the end of a snow event and the secondary routes within four hours. While the department hits that goal 95% of the time, Bruning said, this year might prove to be a bit more challenging. 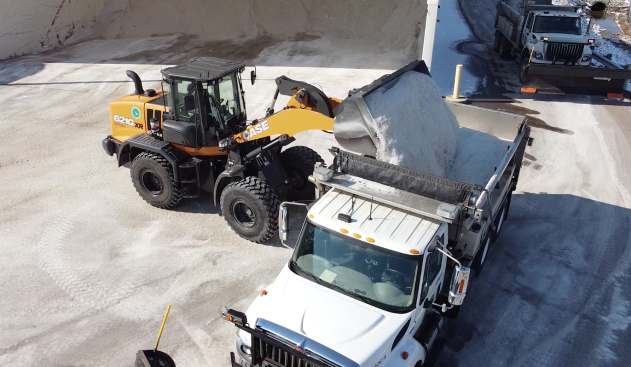 Road salt is loaded onto a truck to prepare to clear the roads. (Ohio Department of Transportation)

"If we don't have the adequate number of drivers that we need to get the job done quickly, that certainly could lag," Bruning said. "We could certainly take longer to get those roads back up to speed. We don't want that to happen, but certainly, if we don't have the folks to make sure we have enough people to fill all of the routes that are out there, time is going to be the thing that's going to really be a difference."

Both entities are enlisting the help of job fairs and social media, and the CDOT has even shifted hiring practices. While the department typically tries to hire someone with a commercial driver's license and at least two years of construction experience or heavy equipment operation, this year CDOT will be able to train and certify commercial motor vehicle operators after hiring people who might not have any prior experience.

And a shortage of plow drivers is not the only factor that could create challenges for motorists this winter.

A shortage in winter tires could also impact winter travel this season with Goodyear, in particular, expecting to be 5 million tires short this year, according to a report by NBC Montana. Some have blamed the looming shortage on both a rubber and worker shortage, not to mention backlog.

Tire salespeople at Kelleher Tire, a tire store in Lackawanna County, Pennsylvania, are telling their customers to consider getting snow tires sooner rather than later this season since supply and demand may hurt last-minute customers, WBRE reported. The price of snow tires has hiked up by about 20% since the start of the year, meaning a $100 tire could cost $120.

"Do it now," said Scott Fabbri, a salesman at the Kelleher Tire. "Don't procrastinate, especially this season."