It's now 80 below zero F in the world's coldest city

In the city of Yakutsk in eastern Siberia, where it hasn't been this biting cold in more than two decades, the area is shrouded in "ice fog."

Residents bundle up and go about their daily business as temperatures in Yakutsk, Russia, plunged to -58F on Jan. 15 then to -80F on Jan. 19.

(CNN) -- Thought your winter was cold? Temperatures in the world's coldest city have plunged to minus 62.7°C (minus 80.9 degrees Fahrenheit) -- the coldest in more than two decades, meteorologists say.

That comes just two days after the city's previously set record of minus 50 degrees Celsius (minus 58 degrees Fahrenheit).

Yakutsk, the capital city of Russia's Sakha Republic in eastern Siberia, is widely identified as being one of the coldest places in the world. Large parts of Russia are currently experiencing record low temperatures and Yakutsk is seeing an abnormally long cold snap.

January is the city's coldest month and, although most are accustomed to freezing temperatures, residents in the remote region are taking extra precautions to keep warm.

Yakutsk winters can be extreme — even by Russian standards. And experts say that the extreme cold poses serious physical risks. The air is cold enough to numb exposed skin, making frostbite a constant hazard.

"You can't fight (the cold)," one resident dressed in two scarves and multiple layers of gloves, hats and hoods told Reuters. "You either adjust and dress accordingly or you suffer." 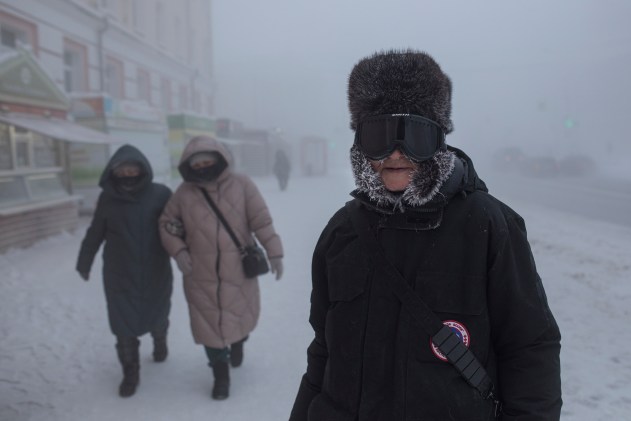 Layering, according to another resident selling frozen fish at a local market, was the key. "Just dress warmly. In layers, like a cabbage," she said.

The city is shrouded in "ice fog" during winter. That occurs when "air is so cold that hot air from houses, people and cars cannot rise," according to the North-Eastern Federal University in Yakutsk.

"It is not a good idea to walk out in the streets in winter when the temperature falls below -40C," the university wrote in an advisory to new incoming students. 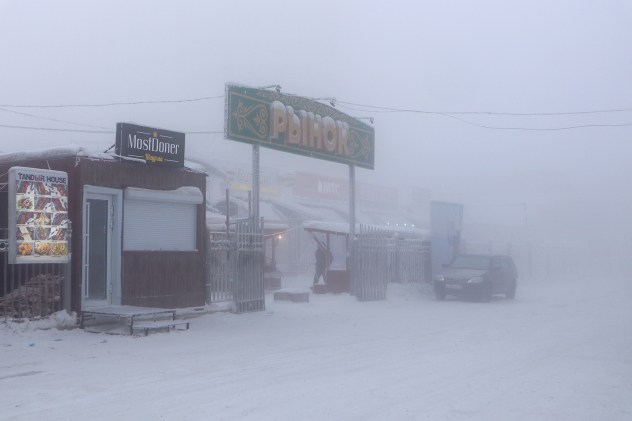 In 2018, it got so cold that some residents said their eyelashes froze.

With a population of roughly 355,500, Yakutsk has become one of Russia's most rapidly growing regional cities.

The city sits on continuous permafrost, a layer of frozen ground consisting of soil, gravel and sand that is usually bound together by ice under Earth's surface. Many houses are built on concrete piles.

It is known for its history of mining activities in the region. Major exports include diamonds and coal.

Because of its intensely subarctic climate, tourism plays a smaller role in contributing to the local economy. But the city still attracts adventurous travelers wanting to experience life in the coldest place on earth. 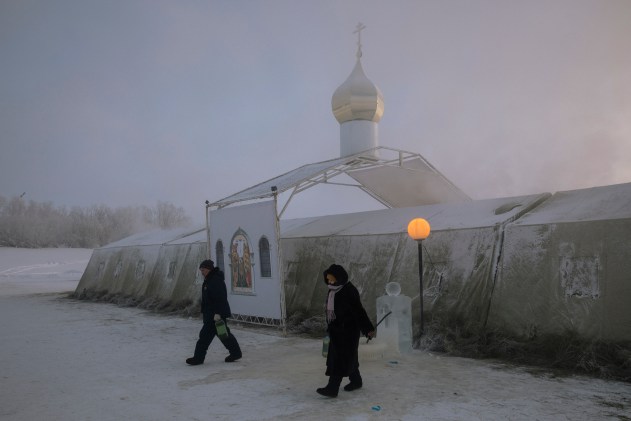 Like in other parts of the world, climate change has had a major impact on Yakutsk. The city drew international attention in July 2022 when haze from nearby wildfires tore through forests, blanketing the region in thick smoke.

Scientists expressed grave concerns about the increasing frequency of the fires brought about by climate change in the Siberian arctic. 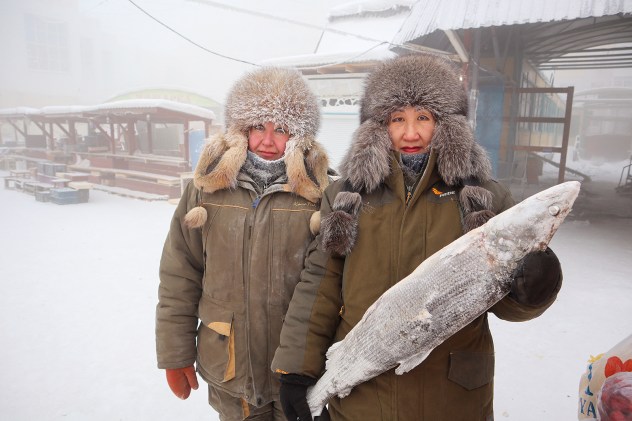 Fish vendors Marina Krivolutskaya and Marianna Ugai pose for a picture at an open-air market on a frosty day in Yakutsk, Russia, on Jan. 15, 2023. ( Roman Kutukov/Reuters)

This story was updated to reflect recent record temperatures in Siberia.