Arctic invasion to usher in 1st subzero temperatures for some

Frostbite and hypothermia are both caused by exposure to cold weather. What are the symptoms, and how do you stay safe?

Residents across the Plains and the Upper Midwest have gotten off easy so far this winter as temperatures have consistently been well above average in recent months. While it has eased energy demands throughout the late fall and winter months thus far, residents will want to prepare for an uptick in heating costs during February, AccuWeather meteorologists warn.

While the first few days of the month will continue the trend of above-average temperatures across the center of the country, a rapid change is in store in the wake of a storm system that is expected mid- to late week. With a double-barreled southward surge of Canadian air expected to follow the storm system, drastically colder conditions are in the forecast from Friday to the weekend. 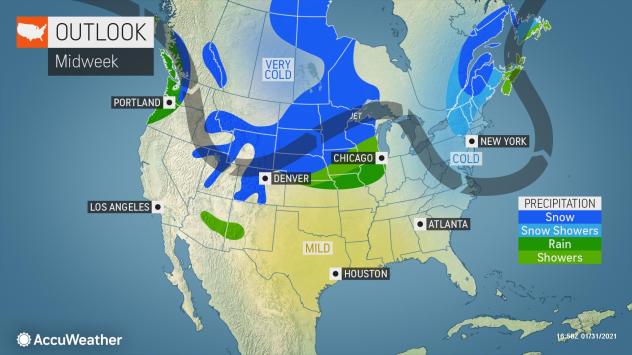 Numerous cities across the Plains and Midwest typically experience subzero temperatures numerous times in any given winter season. However, this winter has not been like most across the Plains and the Upper Midwest. Bismarck, North Dakota, has only experienced one day below zero degrees Fahrenheit back on Jan. 24, when the temperature briefly dipped down to 1 degree below zero.

Through Jan. 31, cities like Denver, Colorado Springs, Cheyenne, Wyoming, and Billings, Montana, have not recorded subzero temperatures yet this winter, which is quite an impressive statistic for these normally cold locales. 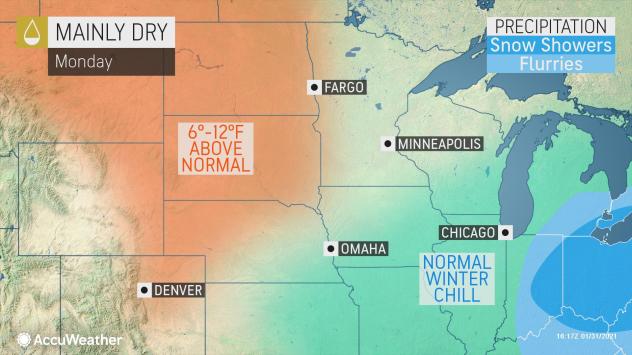 For residents that are dreading the approaching Arctic blast, there's still time to get out and enjoy the relatively mild weather early this week. Through midweek across the Plains and the Upper Midwest, temperatures will climb 5-15 degrees above average, along with dry conditions.

Signs of a changing weather pattern will begin to surface during the latter half of the week as a storm system is expected to sweep through the Plains and Midwest with a swath of accumulating snow. While temperatures are expected to be seasonably low during the storm itself, the rush of Arctic air in the wake of all of the precipitation will really usher in the bone-chilling conditions. 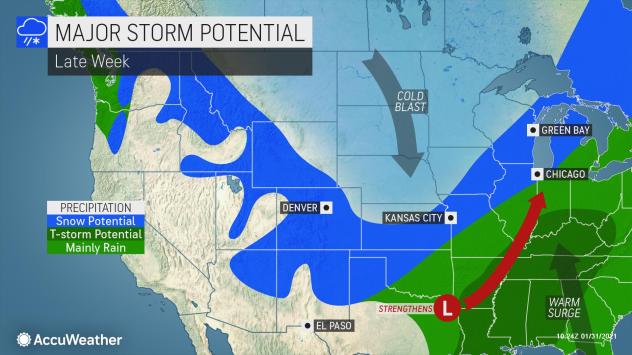 A few key factors such as snow cover, cloud cover and overall wind speed will help to determine exactly how cold it will end up getting across the Plains and the Midwest by the first weekend of February. In general, clear skies, a hefty snowpack and calm winds can be a recipe for very cold air. 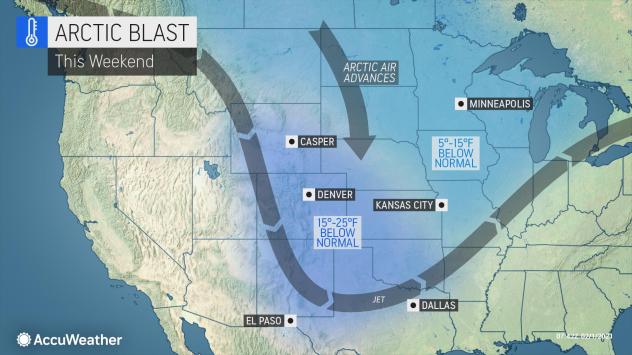 As mentioned, many of the northern cities in the path of this Arctic surge of air have either yet to experience subzero temperatures, or have only experienced it a few times this winter season. If ingredients come together as expected, some areas could endure temperatures 20 to 30 degrees lower than any other observed temperature so far this winter.

The blast of cold weather will not come in the form of a glancing blow either, as below-average temperatures are possible through a majority of the second week of February. Residents and business owners can expect heating bills to be a significant percentage higher during the month of February than what was observed in December and January.