Arctic blast set to punish Northeast with cold, May snow

An unusually chilly spring is about to turn even more shocking as cold air, moisture and a visit from the polar vortex team up to trigger way out-of-season conditions for mid-May across portions of the Northeast. AccuWeather meteorologists anticipate the upcoming pattern to bring freezing conditions and snow that defies the norms for so late in the season.

The weather late this week to this weekend and beyond may seem unreal and downright nasty after the warmest weekend of the season so far. After the temperature in New York City failed to climb to 70 degrees Fahrenheit during April for the first time in 80 years, since 1940, according to the National Weather Service (NWS), the high soared to 80 on Sunday.

Unfortunately, for gardeners that jumped on the nice weekend weather and started to plant, weather more fitting for early to mid-March is coming on like a freight train. Episodes of freezing temperatures are forecast for parts of the interior Northeast into the middle of May. 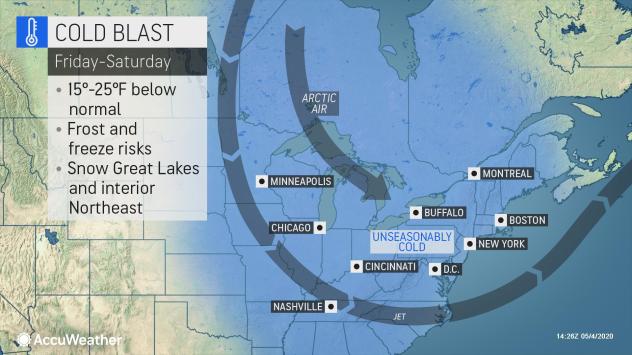 "Get ready to cover or bring in any sensitive plants you bought during the surge of warm weather this past weekend," Paul Pastelok, AccuWeather's top long-range forecaster, said. 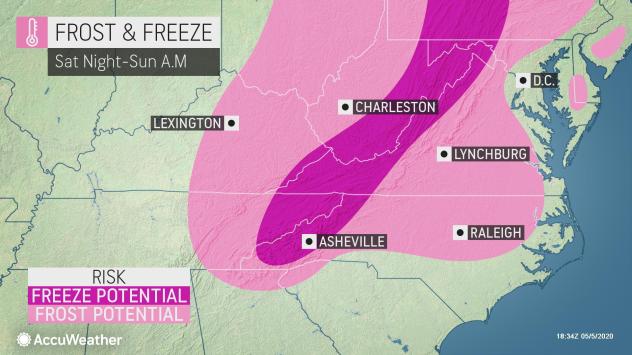 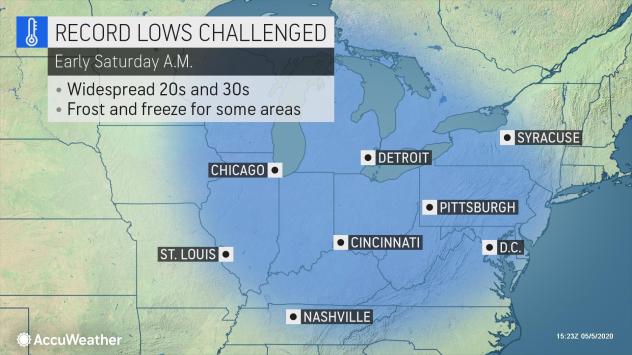 Saturday morning will be but one of many where there can be a frost or freeze into mid-May. The coverage of the conditions will vary from night to night and can dip even farther to the south and west than this particular night.

"The problem is a number of people may have jumped at the recent warmth from this past weekend and started their planting of summer vegetables and annual flowers," Pastelok said.

The forecast over the next 10 days may spell disaster for some gardeners, farmers and vintners alike. Plunging temperatures could cause damage to sensitive stock, recently bought plants, vineyards and orchards, said Pastelok, whose forecasting team monitors how weather affects the farming industry.

The real out-of-season part of the weather pattern will be the cold days and evenings and the likelihood of snow for some areas. When the core of the cold air mass has taken over, the high temperature may only be near 50 in New York City this weekend, instead of 70, which is average for the date.

Temperatures are forecast to be higher in Fairbanks, Alaska, than in New York City, Philadelphia, Cleveland and even Atlanta into the weekend due to the chilly weather pattern over the region.

"It's not going to just get cold; it's going to snow and accumulate in some areas of the Northeast as well," Pastelok said.

The first little taste of snow will come on Wednesday as a few snowflakes mix in over the highest terrain in the central Appalachians while much of the rest of the region has rain. 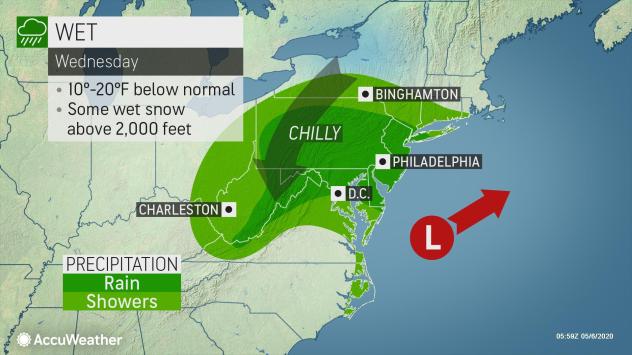 "This looks like a good setup for accumulating snow from the higher elevations of New York state and northern Pennsylvania to northwestern Connecticut, western Massachusetts and the southern parts of Vermont and New Hampshire spanning late Friday to Saturday," Pastelok said.

Some areas a bit outside of the zone Pastelok outlined can also at least get some snowflakes and even a light covering of snow on non-paved surfaces. Some residents in northern Ohio, southwestern Pennsylvania, northern West Virginia, northern New Jersey and southern New England could spot some snowflakes before the cold pattern retreats during the second half of the month. 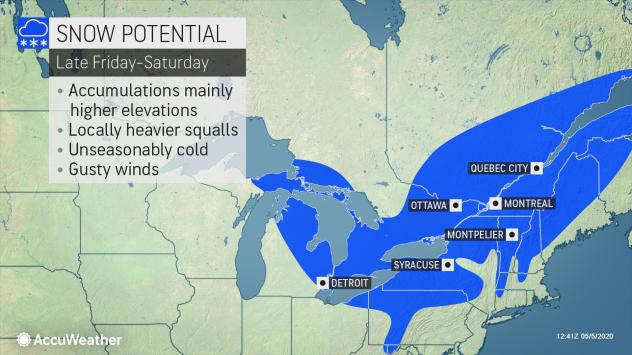 There is a chance of a rain and snow mix around Boston and a remote chance of the same around New York City or at least the northern and western suburbs.

Two significant storm systems will dive southward into the region between May 9 and 13 along with the flow of cold air from Canada, Pastelok explained.

The second system may swing from west to east across the lower Great Lakes to New England from Monday to Tuesday of next week.

Additional, smaller patches of snow can continue until the pattern eases or shifts away around the middle of the month.

"The crazy pattern is being set into motion by a break-off lobe of the polar vortex or a displacement of the same," AccuWeather Senior Meteorologist Brett Anderson said. 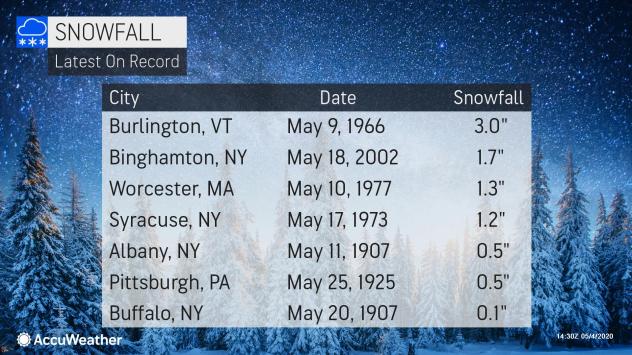 The pattern will create what is called a large closed low pressure area in the jet stream. Even though this is fairly common during the spring, the magnitude of the pattern coming up happens perhaps every 15 to 30 years this late in the season.

"It's like a late-spring version of the polar vortex. If this same pattern was going on during January and February with the major blocking in the jet stream, we would be in a deep freeze with frequent snowstorms in the eastern United States," Pastelok explained.

What could make the upcoming pattern late this week into early next week so unusual is that it may try to snow over a broad area, along an approximate 500-mile-long swath from northern Ohio to eastern New England.