Along with hundreds of others around the world, a Norfolk, Virginia, woman is sewing pouches, nests and mittens for animals affected by the catastrophic wildfires in Australia.

Joani Gramm is hard at work. Along with hundreds of others around the world, the Norfolk, Virginia, woman is sewing pouches, nests and mittens for animals affected by the catastrophic wildfires in Australia that have burned nearly 30 million acres. At least 28 people have died nationwide and in the state of New South Wales alone, thousands of homes have been destroyed or damaged.

Gramm, a longtime crafter who lives about 10,000 miles from the fire zone, saw the Animal Rescue Collective's call for help in a Facebook post, but it wasn't until she was at a thrift shop and happened to spot a Steve Irwin action doll that she felt compelled to act. Irwin, nicknamed "The Crocodile Hunter," was an Australian zookeeper, TV personality, wildlife expert, environmentalist and conservationist.

“While we were there we found a Steve Irwin doll so it was kind of like my sign, like you need to do this, this is what you’re supposed to be doing in the moment,” Gramm told Accuweather.

The Animal Rescue Collective, a Brisbane-based organization that supports animal rescues across Australia asked for everything from pouches for joey kangaroos to mittens for koalas with burned paws, blankets, knitted nests and sweaters. The group shared patterns along with directions for how to make them -- and crafters around the world have jumped into action.

“Told myself, I have the skills, I have the resources and the support -- why not get involved and do what I can do?” Gramm said. 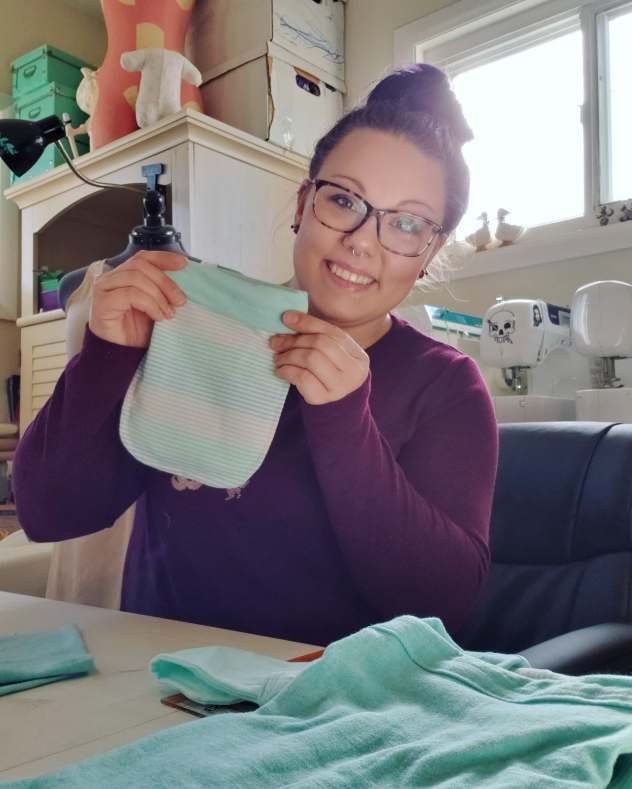 Joani Gramm holds up a pouch she sewed for injured animals in Australia.

The Animal Rescue Collective was blown away by the response, posting this statement on its Facebook page:

"The group has grown in 100K members in a week. Yep, in one week. We now have amazing connections around the world and will be able to kit out every wildlife rescue in Australia (and maybe the world??). Could you imagine if we made enough items to stockpile so that if ANY rescue in the world needed items, we could have them sent straight away? What an incredible volunteer effort!"

More than 1 billion animals are estimated to have died in the devastating wildfires that began late last year. "It's events like this that may well hasten the extinction process for a range of other species," said Professor Chris Dickman, of The University of Sydney who made the estimate.

"I’ve cried. My 4-year-old has cried. We love animals and seeing the devastation and the impact it’s made on species as a whole... " Gramm, who said she has lost sleep after seeing videos of the devastation unfolding, falters. But taking action and connecting with others has helped her process her sadness.

Family and friends have offered to help take care of her kids as Gramm, a stay-at-home mom, sews day and night.

"Joey and wallaby pouches, there are bat wraps," Gramm said about the items she's been creating. "I’ve been working on some of the flat bat wraps, getting some of those finished to send out. They can just hop right in and it’s like their mother's pouch. They hang there, they can come and go as they please." 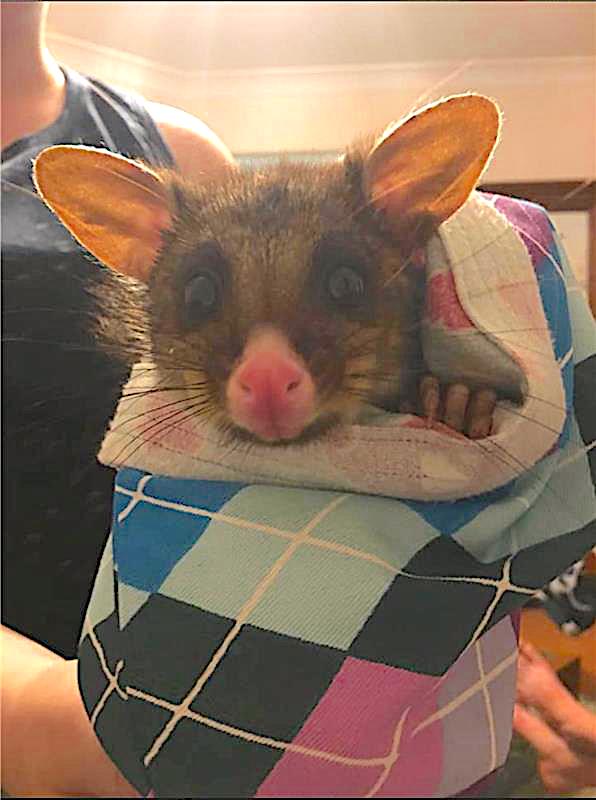 Blaze is a Brushtail Possum who is the happy recipient of one of the possum pouches.

But it's not just family and friends helping out. Businesses and strangers have reached out as well. “So I’m using my own materials and now people are donating and not just friends, local people I’ve never met are reaching out to give me items, like materials to sew so I don’t have to use my own stuff. It’s been incredible, I did not expect any of this.”

A mother, doing what she can from across the globe, to help babies in need.

“I’m just a mom, I’m a stay-at-home full-time mom. I didn’t expect me doing a project to explode into inspiring others and making all these connections.” Severe thunderstorms pummel the Northeast to start the week