Flood gates begin to close in New Orleans, Louisiana on July 12 as Barry comes closer to making landfall. The storm is expected to strengthen into a category 1 hurricane in the weekend.

As Barry strengthened Friday and inched closer to shore, residents in the Gulf states were rushing to prepare ahead of the storm's expected landfall on Saturday.

While the city of New Orleans has not issued a mandatory evacuation, New Orleans Mayor LaToya Cantrell held a press conference with local officials to warn residents of the incoming threat and to declare an emergency. Extreme flooding related to the storm had already sparked a flash flood emergency as high waters inundated parts of New Orleans on Wednesday.

Cantrell stressed in the press conference that residents need a plan for the approaching storm, whether that is to shelter in place or to evacuate the city. Due to the time the storm is expected to hit and the fact that the storm is forecast to be a potent tropical storm or Category 1 hurricane at the time of landfall, the city is not issuing mandatory or voluntary evacuations. "Sheltering in place is our strategy," Cantrell told reporters, adding that the city wouldn't call for evacuations unless the storm was Category 3 force or stronger. 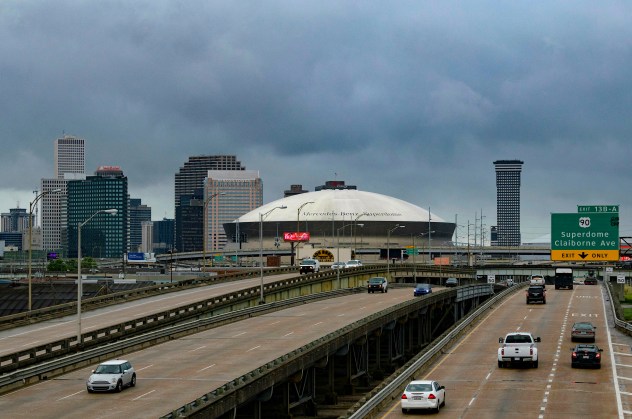 Vehicles make their way on I-10 as bands of rain from Tropical Storm Barry from the Gulf of Mexico move into New Orleans, La., Friday, July 12, 2019. (AP Photo/Matthew Hinton)

AccuWeather meteorologists warn that the biggest threat from the storm will not be the wind, but the heavy rainfall that could spark widespread flooding, with an AccuWeather StormMax&trade; of 24 inches of rain forecast. The torrential rainfall potential is why AccuWeather forecasters have designated Barry a level 2 on the AccuWeather RealImpact™ Scale for Hurricanes (AccuWeather RI). The tropical storm forecast is on the Saffir-Simpson scale, which uses only sustained wind speeds to determine the category. The AccuWeather RI takes into account the potential impacts caused by flooding.

Officials urged residents to be prepared for the worst during Thursday's press conference. People shouldn't be concerned with whether Barry is a tropical storm or hurricane, National Weather Service (NWS) representative Benjamin Schott cautioned. The number one threat is rainfall, he said.

President Donald Trump tweeted on Thursday evening that everyone should prepare for the coming storm and heed the direction of all officials. Later in the evening, President Trump issued an emergency disaster declaration for Louisiana, according to NOLA news.

Numerous local officials urged residents to stay home, check that they have supplies to last for at least three days and make sure neighborhood storm drains are clear ahead of the storm. 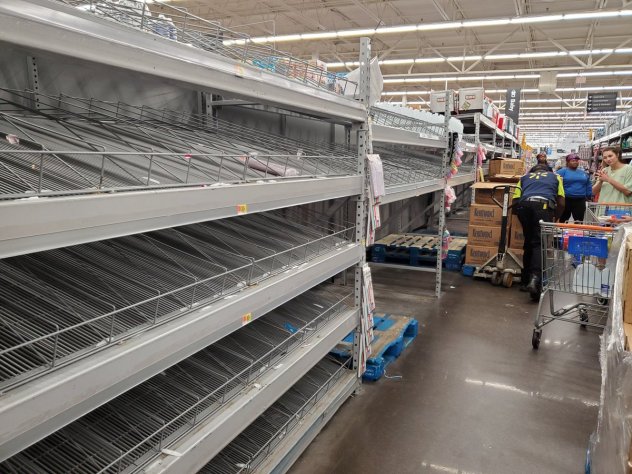 On Wednesday morning, several days before the storm was expected to make landfall, several inches of rain sparked flooding and disrupted travel. A flash flood emergency was declared in Jefferson Parish, with nearly 8 inches of rain reported in some areas.

Rain totals varied across the city. While a total of 6.27 inches was observed at the heliport in downtown New Orleans, Louis Armstrong New Orleans International Airport in the northwestern part of the city reported 1.54 inches. In Bridge City, located southwest of downtown, 7.75 inches of rain fell.

The city, which is no stranger to tropical storms and flood threats, is on high alert for the growing threat. The rain totals will likely increase over the weekend. People in areas to the east of the landfall point, which is expected in southwestern Louisiana, are expected to see the heaviest rain this weekend, with 20-plus inches possible in spots, according to AccuWeather Meteorologist Jake Sojda. 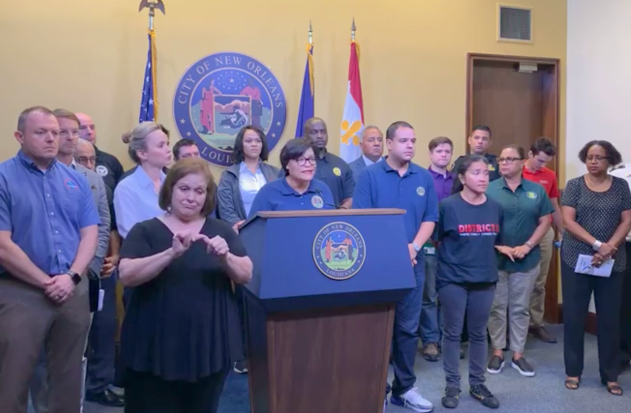 On a statewide level, Louisiana Gov. John Bel Edwards declared a state of emergency on Wednesday and followed that up on Thursday by authorizing the activation of 3,000 members of the state National Guard. "This is going to be a significant weather event, and if you haven’t already done so, the time to prepare is NOW," Edwards said on Twitter. "It is critical that you monitor updates and heed the advice of local authorities."

Edwards stressed that the state needs to be "extremely prepared for a very major rain event" at a news conference on Friday.

"Nobody should take this storm lightly just because it's supposed to be a category 1 when it makes landfall," Edwards said on Friday. "The real danger in this storm was never about the wind...It's always been about the rain, and that remains a very significant threat."

AccuWeather Extreme Meteorologist Reed Timmer reported live from Morgan City, Louisiana, on the banks of the Atchafalaya River on Friday. Flooding was already occurring on the river and it was expected to rise through the weekend as Barry moves through, according to Timmer.

Live update from Morgan City, LA along the levee of Atchafalaya River ahead of Tropical Storm Barry @breakingweather @accuweather pic.twitter.com/nbe48eoxIr

The Mississippi River at New Orleans is projected to crest at 17 feet early next week, which is right at minor flood stage. This is down from an initial projection of the river cresting around 20 feet, which is major flood stage.

Levees in New Orleans are able to protect the city from surges up to 20 feet, and some parts of the levees actually extend to a height of 25 feet, Ricky Boyett, spokesperson for the Army Corps of Engineers in the New Orleans District, told The New York Times.

The pumps are working at optimal capacity, but Cantrell said the pumps might not be able to handle the water levels if heavy rainfall hits.

A state of emergency remains in effect in Louisiana ahead of the storm. Mississippi and Texas state officials also urge residents to prepare for the storm.

On Wednesday, Texas Gov. Greg Abbott said at a news conference that the state has mobilized several departments ahead of the strengthening storm’s expected landfall. Texas activated the Texas Task Force 1 with four high-water rescue boat squads ready and nearly 700 Department of Public Safety officers on standby for possible deployment. 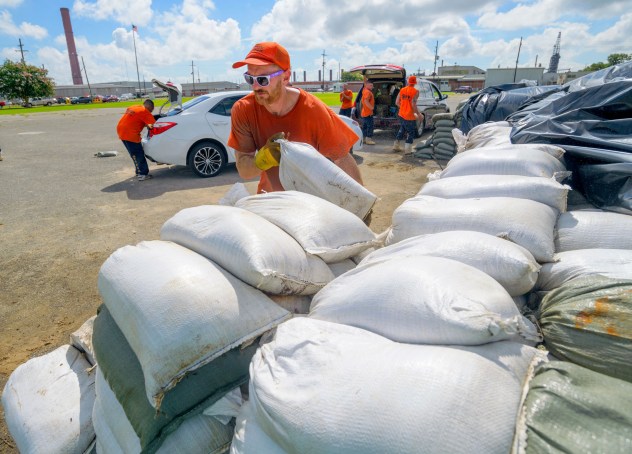 In Harrison County, one of Mississippi's three coastal counties, emergency management officials told the Washington Post on Wednesday that free sandbags are available for residents to pick up in several places in order to protect their property.

Red and yellow flags have been raised at beaches along the Gulf of Mexico as Barry creates a dangerous sea and rip currents.

"While the brunt of the wind, rain and dangerous surf from Barry will focus on Louisiana, Gulf Coast communities hundreds of miles away will still feel effects from the storm in the form of rough surf," AccuWeather Meteorologist Reneé Duff said.