The Trump administration has announced a 30 percent tariff on solar panels and cells imported to the United States in an effort to create jobs and bolster the industry domestically.

However, the decision has come under fire by experts and economists who question the impact it may have to jobs, the industry overall and the future of clean, green energy in America. 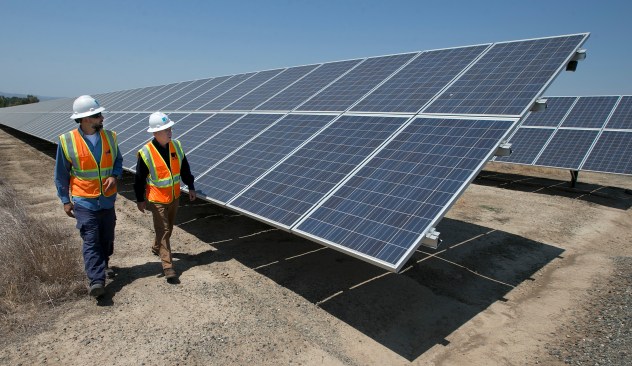 The Trump administration has faced harsh criticism following the announcement of a tariff on imported solar panels. (AP Photo/Rich Pedroncelli)

In September, the ITC concluded that importing solar equipment is to the detriment of American manufacturing companies.

However, most U.S. jobs are not in panel and cell manufacturing, but rather in installation and the manufacturing of other parts, such as racking panels and machines that improve panel output.

According to the Solar Energy Industries Association (SEIA): “There were 38,000 jobs in solar manufacturing in the U.S. at the end of 2016, and all but 2,000 made something other than cells and panels, the subject of this case.”

Some experts say the tariff is likely to slow the adoption of solar energy in the U.S., rather than augment the industry.

“By increasing the cost of solar installations, demand for new solar projects is predicted by most analysts to incrementally decrease,” Christina Simeone, director of Policy and External Affairs and UPenn’s Kleinman Center for Energy Policy, said.

“In addition, recent changes to the tax code and a planned phase down in federal tax credits for solar will also contribute to slowed solar growth.”

Others say it’s a blip on the solar radar and, though unfortunate, it won’t have lasting effects.

“This tariff may put a short-term speed bump on the highway of [solar panel system] adoption in the U.S., but I don't think that it will have serious long-run impacts,” Seth Blumsack, assistant professor in the Department of Energy and Mineral Engineering at Penn State, told AccuWeather.com.

“[Solar panel system] manufacturing costs have been plummeting for years, for a lot of reasons. One country imposing a tariff on one piece of a technology that is experiencing a global surge in demand is not exactly going to kill an industry or the ongoing growth in solar energy utilization,” he said.

While it’s up for debate what impact the tariff will have on the industry long term, the decision has nonetheless been received unfavorably by leading green energy groups. 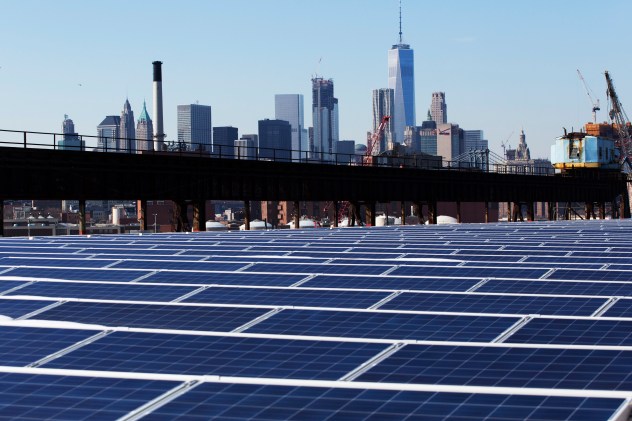 A rooftop is covered with solar panels at the Brooklyn Navy Yard in New York. (AP Photo/Mark Lennihan)

According to the SEIA, Trump's decision is a loss for America, rather than a boon.

“It boggles my mind that this president - any president, really - would voluntarily choose to damage one of the fastest-growing segments of our economy,” Tony Clifford, chief development officer of Standard Solar, said.

Outside of the industry, critics of the president say the tariff is another example of a withering global commitment to slowing climate change.

Trump has been openly critical of policies which threaten jobs in the oil, gas and coal industries and announced plans in June 2017 to pull out of the Paris climate agreement.

If the United States formally withdraws in 2020, America is expected to be the only country in the world not committed to the pact.