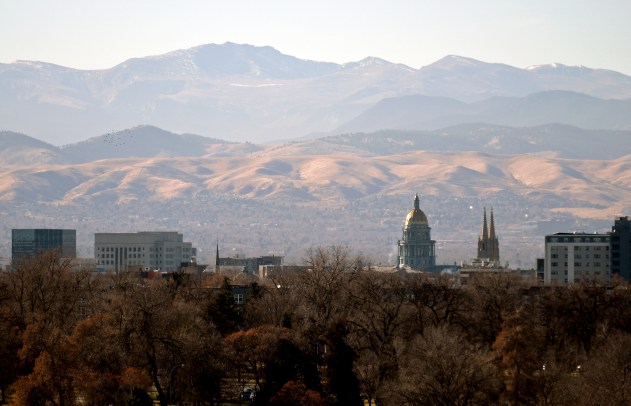 The Colorado State Capitol building in Denver is seen on Friday, Dec. 3, 2021. The Mile High City has already shattered its 87-year-old record for the latest measurable snowfall set on Nov. 21, 1934. (AP Photo/Thomas Peipert)

For the last several months, the high temperatures and lack of precipitation have been anything but normal for Denver and Salt Lake City.

The 73-degree reading was the highest Denver had seen in the month of December in more than 40 years. It also tied the daily record for the warmest Dec. 1 on record.

On the other side of the Rockies, Salt Lake City has been experiencing an abnormally dry and warm late fall and early winter.

While Salt Lake City hasn't been experiencing the same record warmth as Denver in recent days, there is one major aspect of wintry weather both cities have been lacking -- snow.

Only three times in the last 50 years has Salt Lake City seen its first measurable snowfall in December, the most recent being in 2017, according to NOAA NOWData.

"Much of the year ... persistent ridging has been keeping the storm track and cold air north of the region. So not only has there been a lack of snow, but a lack of any precipitation," said AccuWeather Senior Meteorologist Dave Bowers. 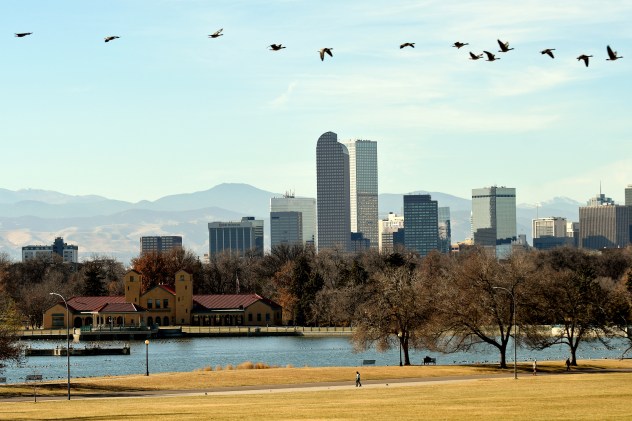 The Denver skyline is seen on Friday, Dec. 3, 2021. The Mile High City has already shattered its 87-year-old record for the latest measurable snowfall set on Nov. 21, 1934. (AP Photo/Thomas Peipert)

Prior to this year, the latest first measurable snowfall in Denver history came on Nov. 21, 1934. That record was broken more than two weeks ago -- and the city is on track to tie, or even break, another snow record.

As of Wednesday, it has been 231 days since the Mile High City saw measurable snow, the second-longest snowless streak of all time for the city. The record of 235 days was set in 1887, but will it be broken?

It's going to be a close call.

The week has started off promising for cooler weather. On Sunday, temperatures in Denver plunged. A 16-degree temperature drop in just five minutes occurred in the city as a sharp cold front rolled through the area.

Denver reached a low temperature of 10 degrees early Monday morning, marking the first time the city dipped to 10 degrees or colder before the first snowfall of the season.

Some light flurries were reported around the Denver metro area, but nothing measurable fell at the official recording site located at Denver International Airport. At least 0.1 of an inch needs to accumulate on the ground to be considered measurable snowfall. Otherwise, it is officially considered by meteorologists to be a "trace" of snow. 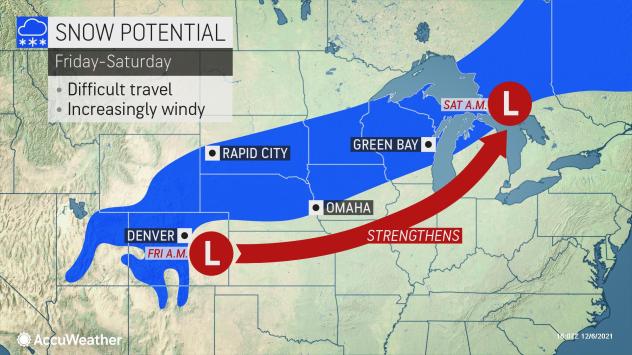 A storm system that looked promising to bring snow to Denver on Tuesday has since diminished.

Bowers said the snow showers expected around the area on Tuesday and Wednesday will be good news for the mountains, but things will remain "dry and mild in Denver."

However, hope remains on the horizon for those eagerly awaiting the first official snowfall of the season.

"A cold frontal passage will bring rain Thursday to Salt Lake City that will change to snow Thursday night as a storm develops along that front to their south," said Bowers.

Salt Lake City had above-average temperatures through Wednesday ahead of the passage. As the system moves in, temperatures will drop as low as the teens Friday night into Saturday morning. The best chance for Salt Lake City to see their first snowfall of the season will be Friday.

Denver will remain above average in temperature through Thursday, after a high temperature 53 on Wednesday. The storm will then move into Colorado to end the week.

Overnight temperatures in Denver on Friday will reach the mid-teens.

Similar to Salt Lake City, the best chance of the season so far for Denver's first snowfall will be late Thursday night and Friday.

"Denver likely will see their first accumulating snow of the season," said Bowers. If that happens, Denver will fall just two days short of the 235-day record from 1887.

As for just how much snow Denver and Salt Lake City can expect for the weekend system? AccuWeather forecasters are predicting 3-6 inches for the first snow of the season in Salt Lake City and less than an inch in Denver, but caution, it's still early with some details still likely to change.