What is Rocky Mountain Spotted Fever?

As summer returns and people begin to spend more and more of their time outdoors, tick-borne illnesses like Rocky Mountain Spotted Fever are once again a major concern.

According to the Centers for Disease Control (CDC), Rocky Mountain Spotted Fever is a potentially fatal disease caused by the bacterium Rickettsia rickettsia.

Cases have been reported all across North and South America, however, 60 percent of known exposures tend to occur in either North Carolina, Tennessee, Oklahoma, Arkansas or Missouri. 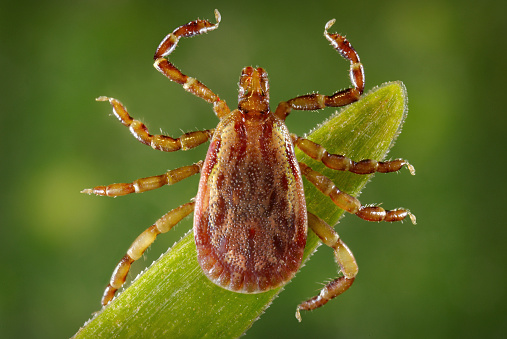 This 2008 photograph depicts a dorsal view of a male yellow dog tick, Amblyomma aureolatum, which is a vector of Rocky Mountain spotted fever (RMSF) in the country of Brazil (CDC/BSIP/Getty Images).

“I think what we can say is tick-borne illnesses, including Rocky Mountain Spotted Fever, have been slowly increasing over the years,” said Dr. Gregory Poland, a vaccinologist and viral disease expert from the Mayo Clinic in Rochester, Minnesota.

As populations of both humans and ticks perpetually increase, cases of tick-borne illnesses can also be expected to climb dramatically. This is especially problematic for Rocky Mountain Spotted Fever, mainly due to its lack of specific symptoms and potential lethality.

“There’s nothing about the initial symptoms that would lead one to think about Rocky Mountain Spotted Fever,” Poland said. “You might get the hint about it if you knew there was a tick bite, but [most people] don’t know that they had a tick bite.”

Headache and fever usually present themselves first, followed over the course of the next few days by a varied combination of the others symptoms. 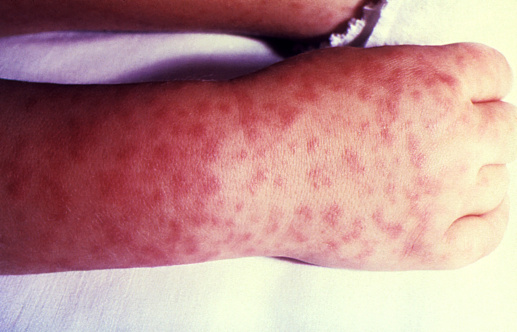 In severe cases, Rocky Mountain Spotted Fever is known to cause damage to the endothelial cells that line blood vessels in a condition known as vasculitis. Such a complication could lead to several long-term problems, including blood clots and internal bleeding, worsened circulation in the extremities, neurological defects, damage to internal organs and even death.

Treatment for Rocky Mountain Spotted Fever is most effective if administered in the first five days of symptoms, as the disease can be fatal in as little as eight. This presents medical professionals with a dilemma, given that diagnostic blood tests won’t return a positive result until at least the seventh day.

Due to the screening process’s unreliability, doctors must instead attempt to make a diagnosis based upon judgment alone. Biological clues such as a low platelet count, low sodium concentration or elevated liver enzyme levels can serve as indicators to the bacterium’s presence. However the most efficient means of detection is being aware of a tick bite in the first place.

When caught early enough, use of the antibiotic Doxycycline has been shown to be remarkably effective. Most patients are able to make a full recovery within several weeks, and failure to respond to a Doxycycline regiment generally indicates a misdiagnosis.

Lyme disease signs and symptoms: When should you seek medical care? How to avoid getting bitten by a tick How to safely remove ticks from skin

Since no vaccine is available, the only means of preventing Rocky Mountain Spotted Fever is to prevent the tick bites that cause it.

“I think there are multiple, practical things that can be done,” Poland said. “The first one is trying to minimize exposure. In your own yard, keep your grass mowed and your bushes trimmed. When you are out camping, hiking, that sort of thing, you want to wear long pants and long sleeves.”

Staying safe from Rocky Mountain Spotted Fever also includes being aware in the event of a bite.

“If you have been outdoors camping or hiking, do a tick check,” Poland said. “It’s really important that you examine yourself when you’ve been out in an environment like that.”

Checking pets for ticks is also important. Ticks can latch on to dogs and cats outside, using them as a vessel to hitchhike indoors where they can then move to a human host.

Lastly, much like with other insect-borne illnesses, applying bug spray regularly can help keep the vectors that spread the disease at bay. Consumers should purchase only EPA-registered products containing 20-30 percent DEET, and should take care when applying such products to children, as DEET can be harmful if used incorrectly.

A chemical known as permethrin is also highly effective in preventing ticks as well, and it can be sprayed on boots, clothing and even camping gear. Permethrin remains active even after the material it’s applied to is washed, and certain companies have begun to sell pre-treated clothing.