What are those stunning ice formations on trees, plants and power lines on a cold, winter morning? Let's find out.

Hoarfrost can create dramatic and stunning scenes as ice needles form on objects in the wintertime, but what exactly is it and how does it form?

The term "hoarfrost" is derived from the Old English meaning of frost resembling an old man's beard.

With the exception of those who have never ventured out of the tropics, most everyone has witnessed frost during the early-morning hours at some point during the cold weather season.

For those that have not, it's that fuzzy ice that forms on the windshield and damages tender flowers and vegetables during the spring and fall.

From a more scientific standpoint, frost or hoarfrost forms when moisture in the air skips the water droplet stage and appear directly as ice crystals on an object.

However, hoarfrost is much more rare and photogenic than your standard windshield or garden variety frost. 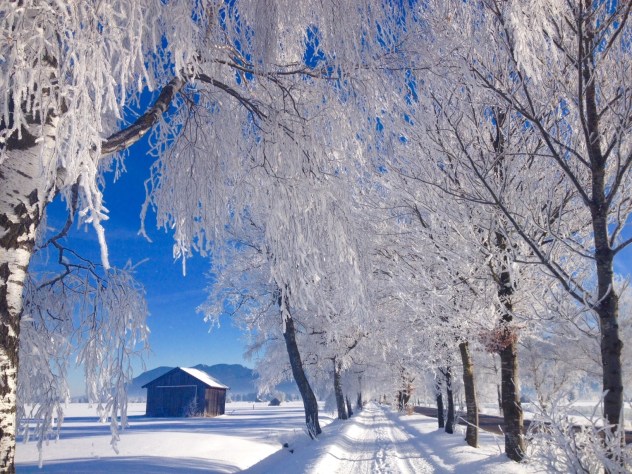 For one, the needles of ice in hoarfrost can become several inches long in extreme cases and can form on the sides of and beneath objects, as well as on top.

Frost and hoarfrost can only form when the air and objects are at or below freezing.

However, while frost may form when the air is relatively dry, the air must be quite moist for hoarfrost to form. 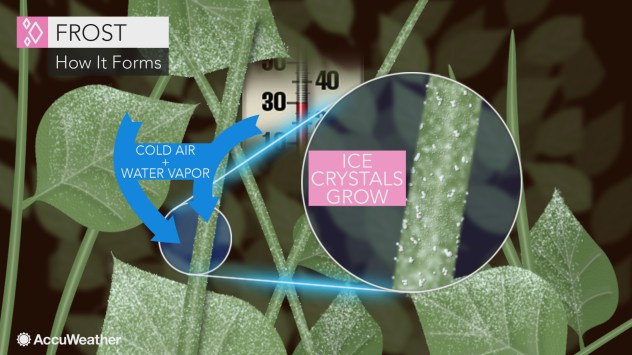 "The key for hoarfrost to form is there must be an influx of moisture into the region while the air remains sufficiently cold," according to AccuWeather Senior Meteorologist Dan Kottlowski.

That moisture can be in the form of more humid air gently flowing into the area or the release of moisture from an unfrozen stream or lake.

"Some of the best places to look for hoarfrost on a calm, frigid morning may be downstream of a sewage treatment plant or spring around daybreak or shortly thereafter," according to AccuWeather Senior Meteorologist Dave Dombek.

The moisture released by a warm stream is deposited in the form of long ice needles on below-freezing objects.

"Sometimes the frost needles will grow into the direction from which the moisture is arriving from, such as one side of a metal fence or tree versus the other," according to AccuWeather Senior Meteorologist Bob Smerbeck.

Hoarfrost can form on bridges over an unfrozen stream, lake or bay, which can be especially dangerous for unsuspecting motorists.

Hoarfrost is different from rime ice

Similar in appearance to hoarfrost is rime ice, or rime, but there is a fundamental difference.

While hoarfrost forms directly on objects as ice crystals, rime forms when tiny, near-freezing water droplets, usually from thick fog and other clouds, attach to the surface of a below-freezing object and turn into ice immediately on contact.

In extreme cases, rime can build up over a few days and weigh down trees, power lines and communication towers to the point of causing damage to them.

Rime can be found on occasions over the deep valleys of the interior West in the winter months, but may also occur over the high ridges where clouds accompany extended periods of below freezing air, such as on top of Mount Washington in New Hampshire. 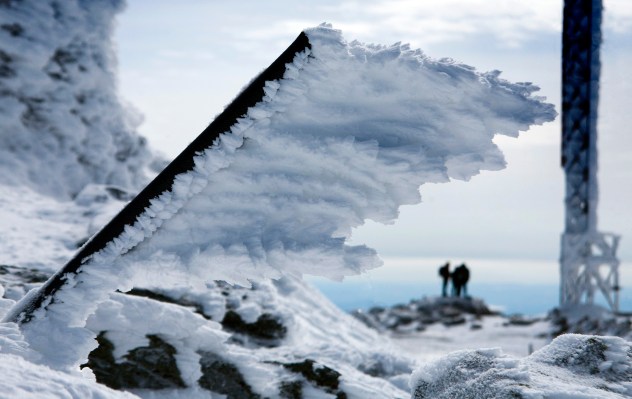 Rime ice extends horizontally from a metal pole at the summit of Mt. Washington, in New Hampshire, on Tuesday, March 10, 2015. Rime ice forms in the direction of the wind driven fog that often blows across the summit. (AP Photo/Robert F. Bukaty)

Rime can also accumulate on the wings of aircraft in flight, reduce lift and contribute to a crash.