'Medicane' is a term that is being used more often that refers to a strong storm system across the Mediterranean Sea, but what exactly is it?

Medicane is a combination of the two words "Mediterranean" and "hurricane." Although it is not official terminology, the name separates the regional differences that these storms have, compared to tropical storms, cyclones or hurricanes.

"It has been more in the last 20 years that we have seen these being reported," said AccuWeather Meteorologist Tyler Roys. "The last third of the year, essentially fall and earlier winter, is when we see them."

A medicane is more of a tropical stormlike cyclone. They form when a non-tropical storm feeds off the warm waters of the Mediterranean. The storm can then begin to strengthen and develop tropical storm characteristics. 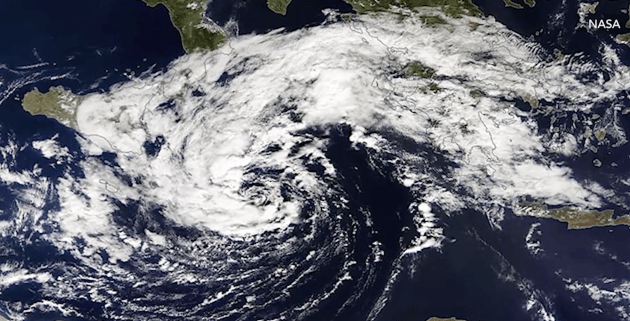 The area that typically experiences a medicane is central Mediterranean countries like Greece, Italy or Turkey, for example.

So what really makes a medicane different from other systems?

"They are short-lived, very rarely will we see them last a few days," said Roys. "Typically, they are not going to be big. They can quickly spin up within a 24-hour period, and 24 hours later, they could be gone."

Roys added that the quick storm can still incite flash flooding and mudslides, especially in the mountainous regions of the Mediterranean. These areas often experience strong winds due to the terrain. However, the even stronger winds from a medicane could cause even more extensive damage. 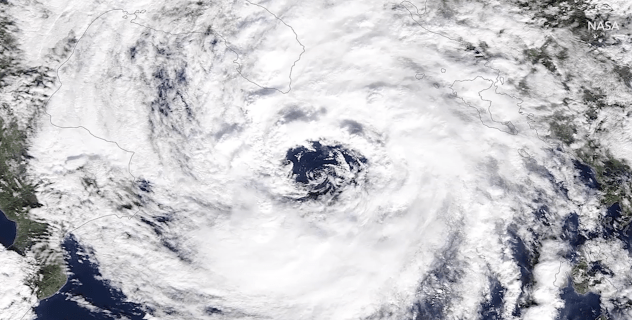 Medicanes, however, do not typically progress into anything more severe.

"The odds of a medicane developing into a major hurricane-strength system are extremely small," said Roys. "There is not a classified system with categories [for medicanes]. Very rarely do they produce anything over 120-130 mph, equivalent to a Category 3 or 4 hurricane."

Although a medicane is not a hurricane, many times they try to form an eye that could resemble one of a hurricane. They also spin like other tropical systems.

There is no agency that officially tracks medicanes.