What happens when the body is struck by lightning?

If you're caught outside during a thunderstorm, here are some tips to stay safe.

Being struck by lightning can have a profound effect on the body but in other ways than you might think.

"Lots of things happen to the body [when struck by lightning]. It really depends how you're struck," said Dr. David Claypool, a staff physician at the Mayo Clinic in Rochester, Minnesota.

"What happens really depends on how much force you take, whether directly or indirectly," he said.

A direct lightning strike is when the bolt of lightning comes down from the sky directly into a person's body. An indirect strike occurs when the person catches the shock from a secondary source, like when standing under a tree or a pavilion. 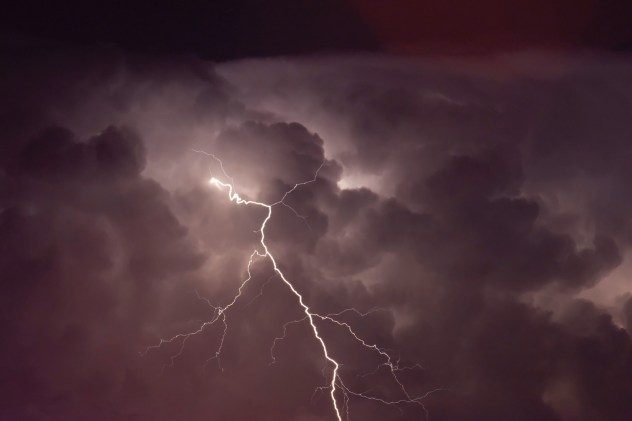 The effects on the body can vary. Eyesight or hearing may be adversely affected, Claypool said, due to the loud clap of the thunder and the bright flash from the lightning. A person could be temporarily blinded or rupture an eardrum.

Additionally, the heart could go into cardiac arrest. If a person is unresponsive after being struck, it's urgent they get CPR immediately.

Often, the lightning can cause respiratory arrest, and the impacted person can have an oxygen-related injury from not breathing.

"So even if it doesn't injure you directly, it can have long-term effects from those injuries," he said.

Outside of internal injuries, the heat could cause serious burns through the body, the doctor said.

Some burns can look like Lichtenberg figures, or lines. Lichtenberg lines are long, intricate, wavy burns that can appear on someone temporarily after receiving a massive electric shock.

"They don't really stick around. They're these fernlike, superficial burns of the skin," said Claypool.

There could be long-lasting effects on the brain as well, including potential memory loss, seizures or muscle spasms.

"There's really nothing unique, long term, from lightning. You can have these things from any kind of brain injury," said Claypool.

Other long-term effects include potential cataracts in the eyes from the bright flash.

7 lightning safety tips if you’re caught outside during a thunderstorm
Lightning kills: Which outdoor activity ranks no. 1 for fatal strikes?

NOAA has reported three lightning deaths so far in 2017 and 307 fatalities for the last 10 years.

To prevent being struck by lightning, people should seek shelter in an enclosed space immediately at the first sign of a thunderstorm. Inside is best, but cars are the next safest option. Standing under trees or tall pavilions is not considered safe.