A brush fire burns at the top of Traverse Mountain near Lehi, Utah, on June 28, with wind gusts more than 40 mph. The fire reportedly ignited due to fireworks.

Evacuation orders were triggered in the early morning hours on Sunday after fireworks ignited a wildfire on Traverse Mountain near the city of Lehi, fire officials said. 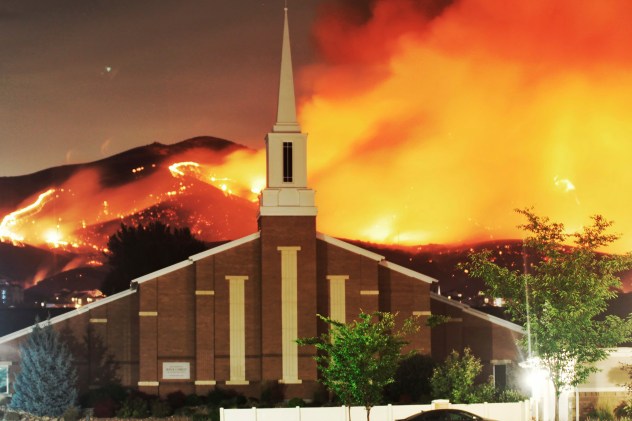 Newer figures for the blaze put it closer to 1,000 acres burned, according to Fox 13 News.

Evacuation centers were quick to open, but one closed shortly after due to “no clients at the evacuation center,” The American Red Cross of Utah tweeted.

Officials told residents to evacuate if they were concerned or weren’t sure if their area was under the evacuation order. 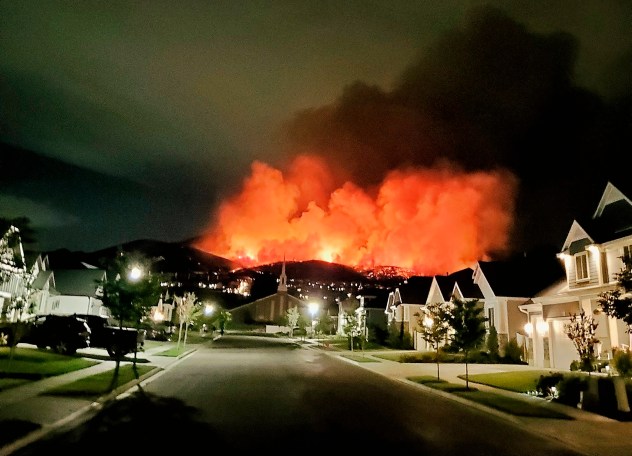 Multiple power outages were reported in the area of the fire, the Utah Division of Emergency Management said on Twitter.

According to Lehi Fire Chief Jeremy Craft, no major damage was reported to any homes or structures, Fox 13 reported.

A suspect linked to the fireworks that ignited the wildfire is cooperating with law enforcement, officials said.

The use or discharge of fireworks is prohibited statewide in Utah except for July 2-5, July 22-25 and Dec 31-Jan 1. Always check with your local fire authority to determine if fireworks are allowed during those dates in your area. Fireworks are never allowed on Federal lands.

Utah Fire Info posted a message reiterating that the discharge of fireworks is prohibited in Utah except during certain time frames, including the Fourth of July and New Year's Eve. During those days, some areas are still off-limits to firework use due to increased wildfire danger.

Howling winds to stoke wildfire risk over massive area of western US
Arizona firefighters forced to handle multiple historic wildfires at once
Storms to carry severe weather, flood risks across large swath of US

A second blaze, dubbed the Knolls Fire, erupted nearby in Saratoga Springs during Sunday afternoon, prompting 13,000 residents to evacuate. The mayor and city council declared a local emergency due to the raging blaze.

"The fire itself is moving primarily away from structures. We’re still doing some mop-up behind some of the homes that were affected,” Saratoga Springs Fire Chief Jess Campbell said Sunday evening, according to Deseret News.

The cause of the Knolls Fire remains under investigation, but early reports indicated it may have been started by lightning.

Gusty winds continued to fan ongoing wildfires across much of the area on Monday, including places from the California coastline to Utah and western Colorado.