Wildlife officials believe they've pinpointed the cause of the startling die-off, and rescuers are trying a unique alternative to save them -- which involves asking for the public’s help.

Manatees along the east coast of Florida are dying in record numbers. A newly formed team aims to save them. If you see a manatee in need, call the FWC Wildlife Alert Hotline: 888-404-FWCC.

After a record number of manatees died from starvation last year, the U.S. Fish and Wildlife Service and the Florida Fish and Wildlife Conservation Commission have come together to form a Joint Unified Command to protect the gentle creatures.

The "unusual mortality event" facing the manatees is being blamed on a lack of seagrass, the main food source for the creatures. The dearth of seagrass has been largely blamed on algal blooms that have disrupted Florida ecosystems for years.

“Seagrass in the lagoon is a plant that requires light,” similar to most land plants, Ron Mezich of the Florida Fish and Wildlife Conservation Commission, explained in an interview with AccuWeather National Reporter Kim Leoffler. However, “the persistent algae blooms that occurred and have been occurring over the last eight to 10 years, block light,” thus cutting off the manatees’ main food source. 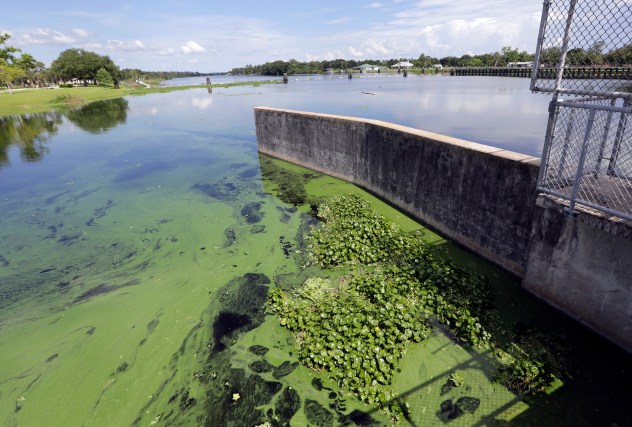 An algae bloom is on the Caloosahatchee River at the W.P. Franklin Lock and Dam, Thursday, July 12, 2018, in Alva, Florida. (AP Photo/Lynne Sladky)

With the seagrass crisis not expected to resolve itself this year, the Joint Unified Command was formed. Since its formation, 23 manatees have been rescued, most of which were found on Florida's east coast. Many of the rescues have occurred after concerned citizens called into the Florida Wildlife Commission's Wildlife Alert Hotline.

“For this event, I think what we’re looking for are animals that are in respiratory distress," said Andy Garett, who also works with the Florida Fish and Wildlife Conservation Commission. He said people should keep an eye out for manatees that are returning to the surface more than every minute to breathe or manatees that are moving oddly in the water.

The Joint Unified Command has also established a field response station at Cape Canaveral and is trying to provide lettuce to the manatees as a substitute for seagrass. Unfortunately, many manatees are not taking the lettuce, as they are not recognizing it as food. 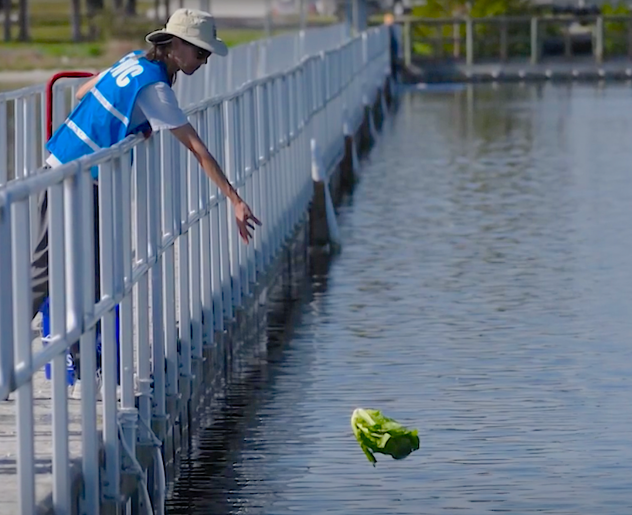 A member of the Florida Fish and Wildlife Wildlife Commission tosses lettuce into the water.

"We don’t always see the same animals on a regular basis so it’s a challenge for us," Mezich said, adding that the group is trying different ways to distribute the lettuce, placing it in different locations in the area and at different levels of submersion in the water.

"We continue to adapt, and we are confident at some point we’ll find the trigger that works," Mezich said.

If you see a manatee in need, call the FWC Wildlife Alert Hotline: 888-404-FWCC.

Cargo ship draws crowd as it pulls up to dock encased in sea ice
Snowmobiler witnesses horrifying calamity as friend rides up big hill
Jurassic 'discovery of a lifetime' unearthed in dried-up reservoir
Report a Typo
Comments that don't add to the conversation may be automatically or manually removed by Facebook or AccuWeather. Profanity, personal attacks, and spam will not be tolerated.
Comments
Hide Comments