While Hurricane Lorenzo will not impact the U.S., forecasters continue to closely monitor Tropical Storm Karen.

Hurricane Lorenzo continued to rapidly strengthen over the open Atlantic Thursday morning, reaching Category 4 status and becoming the third major hurricane of the 2019 Atlantic season. Meteorologists say that Lorenzo could undergo additional strengthening and may grow into a Category 5 storm.

The feature was dubbed Tropical Depression 13 Sunday night, became a tropical storm on Monday, and then a Category 1 hurricane on Wednesday. Lorenzo, the fifth hurricane of the season in the Atlantic, was upgraded to a Category 3 hurricane on Thursday morning before it became a Category 4 several hours later. 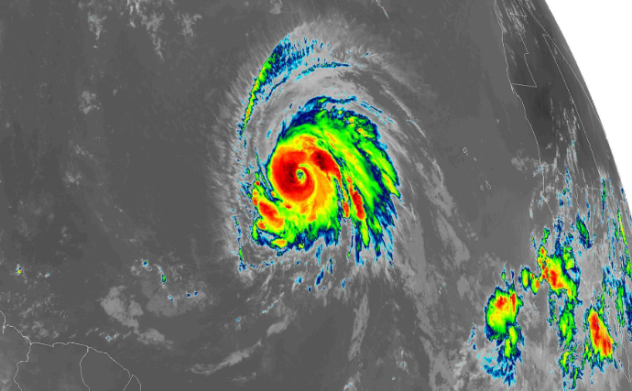 "Lorenzo could be a major hurricane for many days with very little wind shear or dry air in its path," AccuWeather Hurricane Expert Dan Kottlowski said.

Lorenzo could become the season's second Category 5 hurricane. Dorian, which was a Category 5 storm when it devastated the Bahamas, is the only other hurricane to achieve that status in the basin so far this year.

As of 11 a.m. EDT Thursday, Lorenzo was packing maximum sustained winds of 130 mph and was about 1055 miles west of the southernmost Cabo Verde Islands.

Steering winds will guide Lorenzo on a curved path that takes the storm to the northwest into Saturday, then north to northeast later this weekend to early next week.

"If this track holds up, the storm should avoid the islands of the northeastern Caribbean," Kottlowski said.

However, Lorenzo may eventually be a threat to the Azores later next week. The Azores are a group of islands in the east-central Atlantic Ocean. 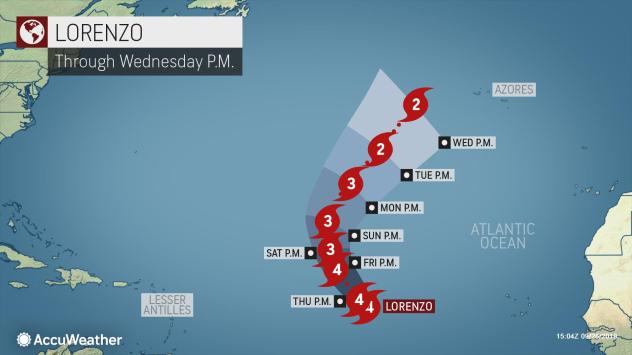 However, since there is always a possibility of steering winds changing over time, interests over the Lesser Antilles, the Bahamas, the Azores, and especially mid-ocean shipping, should monitor the progress of Lorenzo.

According to Colorado State University Meteorologist Philip Klotzbach, the Western Hemisphere, which encompasses the Atlantic and eastern Pacific basins, has generated 16 named storms since Aug. 21.