Texas child dies after being left in hot car, the sixth such death this year

The state leads the nation in hot car deaths, which can occur within minutes and even when temperatures are surprisingly mild.

Police say the mother assumed the boy would get out of the vehicle on his own because he had in the past.

A 5-year-old boy died inside of a hot car in Harris County, Texas, on Monday, making him the sixth child this year to succumb to the dangerous effects of heat while trapped in a vehicle.

The Houston-area boy was accidentally left in the car for several hours as the family prepared to celebrate the birthday of his 8-year-old sister, KWTX reported. After returning from a shopping trip with her daughter and son, the mother of the boy assumed both kids had exited the car on their own, but the boy remained in the vehicle.

Temperatures in Harris County climbed to over 100 degrees Fahrenheit on Monday, more than hot enough to make even a short amount of time in an enclosed vehicle dangerous. Cars can quickly heat up even when temperatures are less extreme, with children having suffered from and died from heat exhaustion when temperatures were relatively mild. 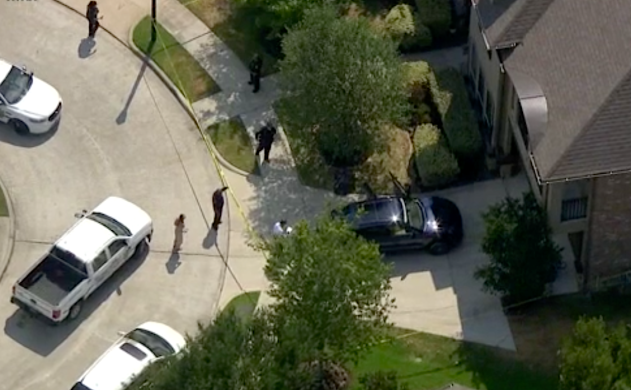 "It's important for families to understand that it doesn't have to be 90 degrees outside for a child to suffer from heatstroke inside of a vehicle," Amber Rollins, director of the national non-profit organization Kids and Car Safety, the national nonprofit organization that works to prevent hot car deaths and injuries, previously told AccuWeather. "We've seen children who have died in hot cars on days where the outside temperature was in the 50s or 60s outside, believe it or not, and that's because a vehicle does act like a greenhouse, so it allows that heat to come in through the windows, traps it inside and it's an oven. It heats up very quickly."

It can take just minutes for temperatures in the car to rise to dangerous levels; 80% of the temperature increase inside the car occurs within the first 10 minutes, according to data from Kids and Car Safety. 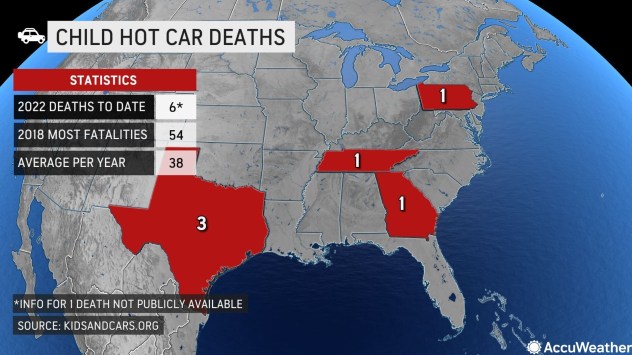 Nearly 150 kids have died in hot cars in Texas since 1990, the highest number of hot car deaths per state in the nation. Nationwide, more than 1,000 kids have lost their lives trapped in hot cars since 1990, with another 7,300 surviving, according to data collected by Kids and Car Safety.

The majority of such deaths of children under 2 years of age were due to otherwise attentive caregivers simply forgetting the child in the vehicle, data from the National Safety Council and San Jose State University show. 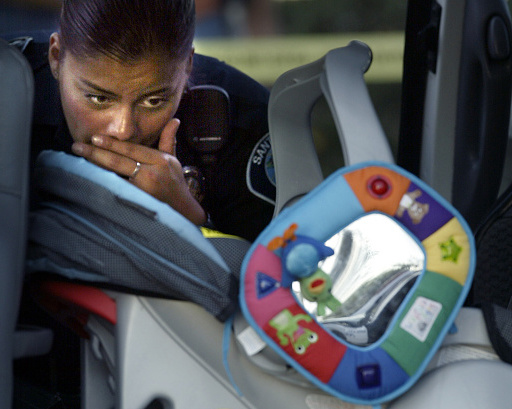 Santa Ana, California, police officer Irene Gomez looks into a minivan where a 5-month-old girl died after being left in a hot car for five hours on Sept. 9, 2004. (Photo/Allen J. Schaben/Los Angeles Times via Getty Images)

“Unfortunately, this is yet another example of why it is extremely important to have effective occupant detection technology as standard equipment in all vehicles as quickly as possible," stated Janette Fennell, the founder and president of Kids and Car Safety. “Every day that we delay in advancing these cost-effective detection technologies means children are needlessly at risk of dying. An occupant detection and alert system could have gotten assistance to this sweet angel before it was too late."

In President Biden’s Infrastructure Bill, signed into law in 2021, there's a mandate for cars to have an alert to check the rear seat when they're turned off. But advocates say that’s not enough.

Two car manufacturers — Hyundai and Kia — have rear-occupant alert systems in certain models that can detect whether someone has been left in the backseat after the car is turned off. Parents can also purchase devices to remind themselves to check the backseat of their car.

Law enforcement officials and other experts caution parents and other caregivers to take preventative measures to avoid leaving a child or family pet inside a hot vehicle, especially during the summer months.

They advise the following:

• Make it a habit of opening the back door every time you park to ensure no one is left behind. To enforce this habit, place an item that you can’t start your day without in the backseat (handbag, wallet, briefcase, employee badge, laptop, phone, etc.)

• If others are in the vehicle with the driver, clearly announce and confirm who is getting each child out of the vehicle.

• Keep a stuffed animal or a diaper bag in the front seat as a visual reminder or cue that the child is with you.

Editor’s Note: The number of hot car deaths this year in the United States is six, not five as this story initially stated. A representative from Kids and Cars Safety confirmed the figure to AccuWeather and said the total number of five was sent in a press release by mistake.

Triple-digit temps scorch the Midwest, smash a host of records