A look back at data taken from a storm-chasing plane back in 2012 showed scientists had it wrong about lightning.

What is the purpose of lightning? That might sound like a deeply philosophical question, but scientists may have shed some more light on the answer with the results of a recently released study.

The new study published at the end of April in Science found that lightning may play a bigger role in global climate change than was previously known by the scientific community. "Lightning increases the atmosphere’s ability to cleanse itself," the researchers wrote in the study.

Many are familiar with the potentially deadly hazards posed by lightning, which is blamed for an average of 43 fatalities in the United States each year, based on data from 1989 to 2018. Although the odds of being struck are quite low -- 1 in 1,222,000 in a given year and 1 in 15,300 in a lifetime -- many in the weather community have long urged people to take proper precautions to stay safe amid storms, which can frequently trigger lightning, even without turning severe.

However, the researchers recently uncovered a surprising and beneficial impact of lightning.

The Earth is struck by lightning nearly 20 million times each year, and bolts of lightning can travel as much as 10 to 12 miles from a thunderstorm, instantly heating the air to 50,000 degrees Fahrenheit, according to the National Weather Service. 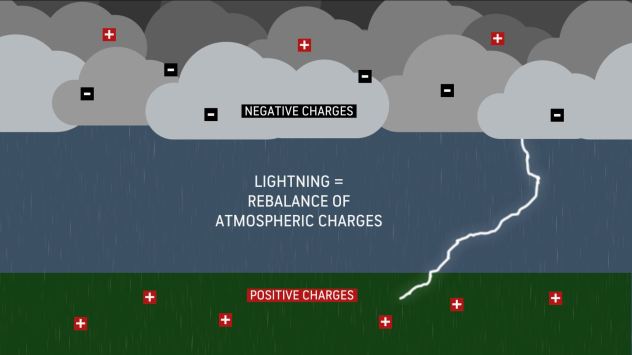 The graphic above explains how positive and negative charges within clouds and between clouds and the ground create lightning strikes (AccuWeather).

Essentially, lightning occurs due to the buildup of electric charges in the atmosphere. In order to balance out the different charges, lightning is triggered between two clouds or between a cloud and the ground.

The study, which included contributions from nine different atmospheric researchers across almost a dozen universities and meteorological agencies, was based on an airborne research flight conducted by a NASA DC-8 storm-chasing plane in 2012. The plane was used to examine the top portion of thunderstorm clouds, which are known as anvils.

According to Dr. William Brune, a professor of meteorology and atmospheric sciences at Pennsylvania State University and co-author of the study, researchers initially thought there was a problem with the equipment on the plane, which was being used to measure the hydroxyl radicals (OH) in the atmosphere until they realized spikes they observed corresponded with lightning flashes, ABC News reported. 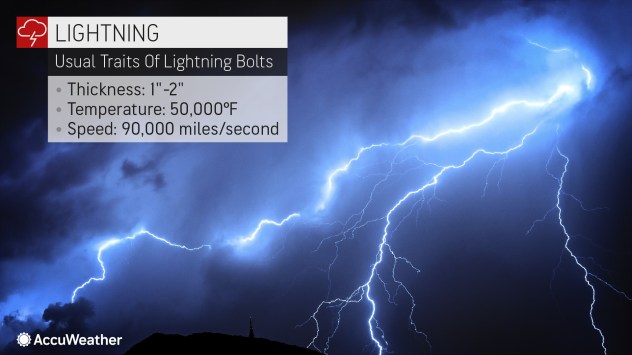 Hydroxyl radicals, described as a "chemical scavenger" by Science Direct, are important chemical compounds found in the atmosphere due to the reactive nature with other organic molecules.

Researchers previously understood that lightning could help to clean the atmosphere, but there was not evidence that it could generate compounds like these radicals. And the data showed surprising spikes of up to 1,000 more hydroxyl radicals than the normal value.

"No one has seen that much in the atmosphere from natural processes, ever," Brune said. 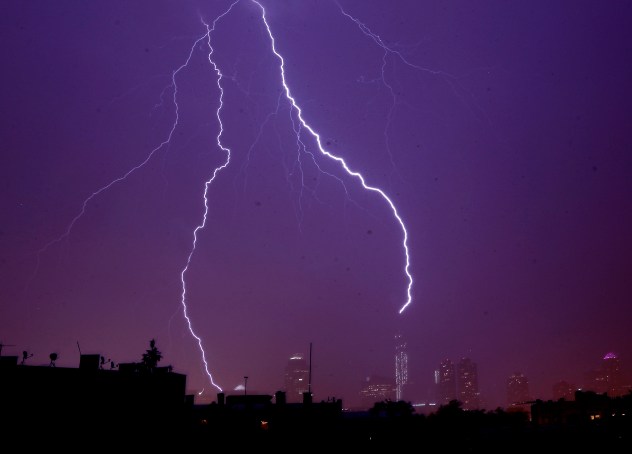 As a result, the study estimates that somewhere between 2% and 16% of the oxidizing, or cleaning that happens naturally in the Earth's atmosphere, is done by lightning.

Why is this significant? The oxidation process helps to reduce chemicals like carbon monoxide and methane in the atmosphere. These chemicals, known for being greenhouse gases, have been proven to contribute to rising temperatures associated with climate change.

Researchers say that more studies will need to be conducted to verify the degree to which lightning contributes to the fight against global climate change.