Pilot Mountain State Park in North Carolina was forced to close on Sunday after a wildfire tore through the area, burning nearly 180 acres since Saturday. 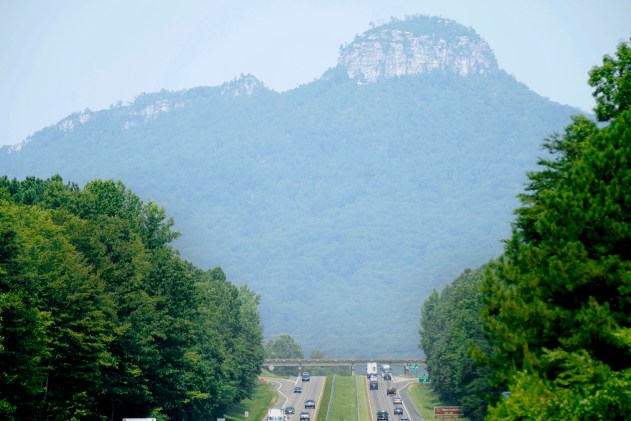 Pilot Mountain State Park, located in North Carolina, closed on Nov. 28 and will likely remain closed for the rest of the week as fire crews work to contain a wildfire that broke out in the park and has burned nearly 180 acres.

The Pilot Knob Fire Department received a call about the fire came around 5:15 p.m. on Saturday, WXII 12 News reports. Officials say the fire is located near Grindstone Trail. On Saturday night, six fire departments were called to the scene.

The North Carolina State Parks Twitter account warned potential visitors of the parks closing, and additionally asked that people do not fly drones over the fire in an attempt to get video or photos of it, as a drone could interfere with firefighting aircrafts.

According to North Carolina Gov. Roy Cooper, his office has been in contact with local officials throughout the firefighting process.

"The Governor appreciates the tireless work of firefighters, the Forest Service and others to keep people safe," the tweet said.

Officials were able to evacuate the campground on the park without any injuries and no homes have been damaged by the fire yet. The cause of the fire is still unknown, the Pilot Knob Volunteer Fire Department said.

AccuWeather Meteorologist Jake Sojda said that the area of Pilot Mountain has been "abnormally dry" and facing moderate drought conditions, according to the U.S. Drought Monitor.

"No rain is expected to arrive in the area over the next several days to help fire fighters, should it take that long to control the fire," said Sodja.