More schools across the country are experimenting with eLearning as a way to keep children learning, even when the building closes for inclement weather.

From fires and mudslides on the West Coast to winter storms and hurricanes on the East Coast, many schools have lost valuable days of classes, putting students behind.

For some students in North Carolina, schools were closed for weeks due to impassable roads and lingering damage in school buildings following Hurricane Florence.

School districts decide how they utilize canceled school days due to bad weather, and more are opting for online learning.

According to Indiana Press Secretary Adam Baker, some districts have been affected by snow which has led to online learning days.

"Schools have the option to call a snow day and make it up at a later time, or many Indiana districts have already utilized eLearning days this academic year and with great success," Baker said.

In 2009, changes in the rules for textbook funding opened the door to technology in Indiana schools. In the nine years since, school corporations have greatly expanded the technology which students and teachers access for learning. According to this Indiana Tech Plan data, over half of all corporations brought their student/device ratio up to 1:1 at either all or some grade levels. 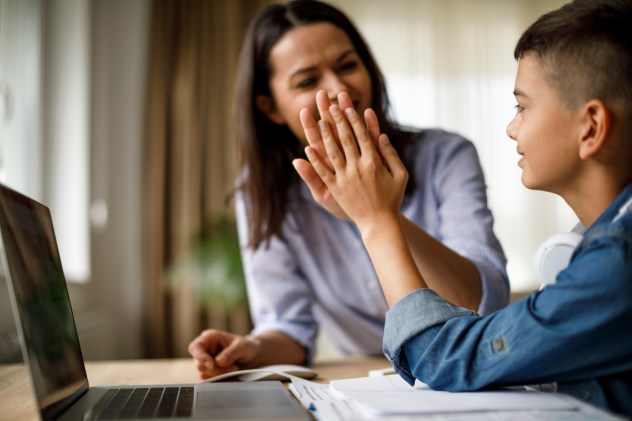 "eLearning days allow schools to use digital technology to deliver instruction. Each district is individual in the way they deliver and meet the needs of all students," Baker said.

In Indiana, eLearning days may be used on a day when school is canceled, as a planned day or as a makeup day when a school day was missed. There are a variety of reasons a school/corporation would use an eLearning day. These include, but are not limited to, snow or other inclement weather, professional development, parent conferences, widespread illness and flooding.

"We have districts that have used eLearning days for years and some for the first time this year. Districts are in different places on the implementation journey," Baker said.

How text-to-911 may help to save lives during severe weather How does cold weather impact the spread, survival of the flu virus? What should you do if you are in a multi-vehicle pileup? Why it’s critical to have basic first aid training in the event of a natural disaster

"Eighty percent of our districts utilizing digital learning resources and 1:1 devices on a 'regular' school day already, so expanding learning opportunities away from brick and mortar was a great decision for our students and staff," Baker said.

According to Illinois State Board of Education Press Secretary Jackie Matthews, school districts are required to include at least 176 instructional days and at least five emergency days on their calendars.

If a district utilizes an emergency day for a district-wide school cancellation, the day must be made up prior to the end of the school year.

Act of God days count toward the required number of student attendance days in the public school calendar and are not required to be made up.

SDHS is hard at work on this eLearning day! Do great things, even when the weather does not want to cooperate. #StayWarm #PolarVortex #FutureReady #INeLearn #SDDigCit pic.twitter.com/rT9wco0OHt

"The Evidence-Based Funding law that passed in August 2017 changed the basis of state funding in Illinois from attendance to enrollment. This resulted in the repeal of section 18.805 of the school code, which had instituted a statewide definition for a day of attendance," Matthews said.

School districts, working with school boards and collective bargaining units, may now locally define an instructional day, based on what will improve outcomes for all students. That local definition of attendance could include eLearning or remote learning.

As technology improves, more schools may turn to eLearning as a way to combat severe weather.

Stunning satellite images show before and after volcanic eru...