A plane slid off a runway as it was landing at O'Hare Airport as snow fell on the Chicago area Monday morning. Luckily, no injuries were reported.

Steadily falling snow in the Midwest caused significant travel delays for thousands of passengers on Monday and into Tuesday. For the dozens of people on American Eagle flight 4125 landing at O’Hare from Greensboro, North Carolina, it was especially terrifying.

More than 41 men and women emerged uninjured from a plane that skidded off of a snowy runway at Chicago's O'Hare International airport after the aircraft slid off a snowy runway upon landing Monday morning. 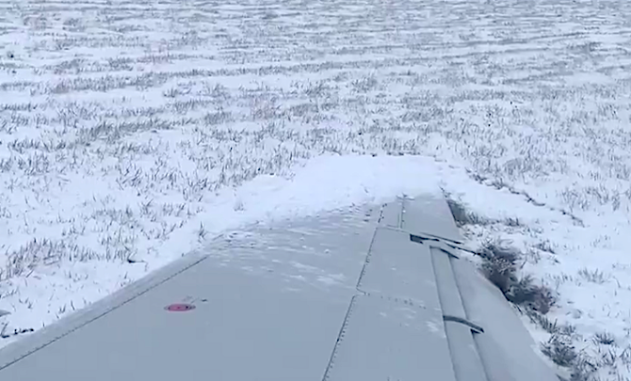 Video of the incident was captured on a cellphone by a passenger aboard the flight. According to Andrea Blanford, a reporter for ABC 11 in Raleigh, N.C., Joseph Lian is the passenger who shot the harrowing footage. At one point, after the plane comes to a stop, its wing stuck into the snow-covered grass, a woman can be heard saying, "I think we landed!"

"After landing, American Eagle flight 4125, operated by Envoy Air, slid off the runway due to icy conditions at Chicago O’Hare," American Airlines said in a statement, according to ABC 7 in Chicago. "No injuries were reported. All 38 passengers and three crew members were deplaned from the aircraft and are now safely back in the terminal.”

The Chicago Fire Department responded to the call and confirmed that no one was injured.

The snowstorm, which is spreading to the East and South, has induced travel headaches for the thousands of people looking to fly in or out of Chicago. At O’Hare, nearly 600 flights had been cancelled on Monday morning, according to FlightAware.com. At Chicago Midway International, over 90 flights were cancelled on Monday.

By 1 p.m. local time, 3.4 inches of snow had fallen and the National Weather Service (NWS) reported winds were gusting from 25 to 30 mph on Monday. The average high and low in Chicago for this time of year is 51 F and 37 F. Monday's forecast high for O'Hare was 33 F with AccuWeather RealFeel Temperatures in the teens and dropping below zero overnight.

According to ABC News, snow canceled roughly 1,200 flights in Chicago Monday and more than 1,500 nationwide as millions brace for a major temperature plunge.

More snow is on the way, AccuWeather meteorologists forecast. A widespread swath of 3 to 6 inches of snow is expected from the Great Lakes into the interior New England, with some much higher accumulations in spots. 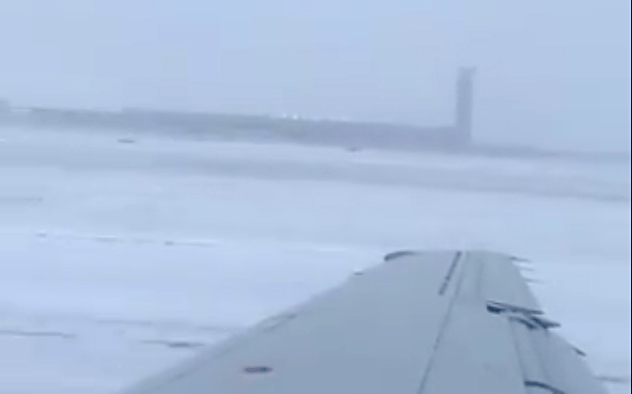 Travel disruptions extended outside of the airports as well. In Boulder, Colorado, over an inch of precipitation has left roads icy and snow packed. According to the Colorado Department of Transportation, multiple spin-outs and car crashes have resulted in miles of traffic. On US 285 Northbound, accidents have forced the closure of the far left lane.

Light snow overnight & this morning has resulted in slick icy roads in spots across north central & northeast CO. Some roads may only be wet with other locations being icy & snowpacked. Motorists should be cautious during the morning commute due to varying road conditions. #cowx pic.twitter.com/CL54tOAc0x

An accident in the Minneapolis-Saint Paul metropolitan area has also been blamed on icy conditions. In footage that appeared on Twitter, one car is shown sliding into another vehicle as the iced-over roads made maneuvering impossible.

Download the free AccuWeather app to track the wintry weather headed for your area. Keep checking back for updates on AccuWeather.com and stay tuned to the AccuWeather Network on DirecTV, Frontier and Verizon Fios.