Smoke on the water: How sea smoke occurs

When steam forms over an open body of water, it can create a dreamlike scene. This steam is known as sea smoke, and it occurs when cold air meets warm water.

Sea smoke is essentially just fog above water, according to AccuWeather Senior Meteorologist Dave Samuhel. The occurrence of sea smoke is similar to the steam that appears over a boiling pot of water or a hot bath.

"It happens when the air mass is so cold it makes the water steam like a pot on a stove would," Samuhel said. Sea smoke is also sometimes referred to as arctic sea smoke, frost smoke, steam fog or sea fog.

In order for sea smoke to occur, the air has to be very cold and the water has to be comparatively warm. As a light wind of cold air sweeps in, it cools the warm air immediately above the water, which makes the air dip below the dew point. The air is only able to hold so much moisture before it condenses into fog, or sea smoke. 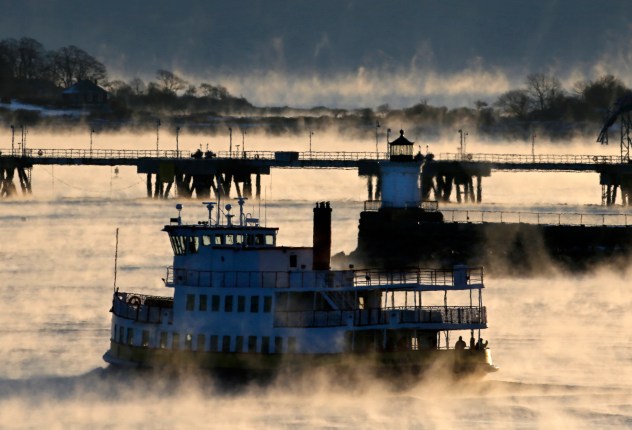 Passengers brave a temperature of minus 9 degrees F for a ride on an outdoor deck of a ferry making its way through arctic sea smoke off Portland, Maine (AP Photo/Robert F. Bukaty)

While there isn’t a specific time frame for sea smoke to happen, Samuhel said it may be more common for it to happen at night.

"It could happen day or night, probably a little more likely at night just because it tends to get colder at night," Samuhel said. "It's very common across the Great Lakes because they get bitterly cold air masses, but it can happen over any northern latitude ocean."

It’s more common for sea smoke to appear during the winter, when temperatures are lowest.

One exception could be if there is a cold day in the fall, according to Samuhel.

Sea smoke can become a hazard for ships, according to Samuhel. Visibility can be dangerously reduced for ships if sea smoke becomes thick enough. It can also freeze onto things in blocks of ice, such as boats, which would cause problems. 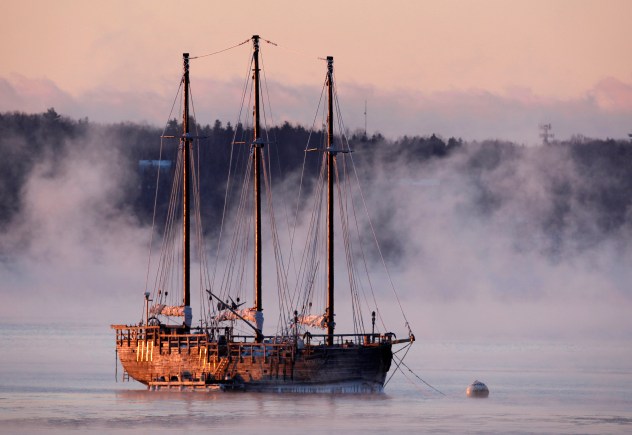 What is bombogenesis?
What is La Niña?
Why does it become so quiet after a fresh snowfall?rn
PHOTOS: What are these stunning frost formations?