Psychology of warnings: Why do people ignore important weather alerts?

In a time where technology and meteorology are very precise, psychologists and meteorologists are working together to evaluate better warning systems.

Dr. Laura Myers, director and senior research scientist at the Center for Advanced Public Safety, who studied warnings and how people react to them, said people have a tendency to not want to change plans or their behavior for weather unless they are fairly sure the weather is going to impact them.

Myers said people get desensitized to watches and warnings after so many don’t produce any impacts for their specific area.

“Improvements in the warning process are addressing these issues and providing more specific geolocations and more lead time when possible,” Myers said.

“When people hear what the weather impacts are, such as damage and destruction to well-built homes, they start to pay attention. When they are told they need to take shelter now because their location is going to take a direct impact, they usually act,” Myers said.

The word emergency, such as a tornado emergency or flash flood emergency, tends to get the attention of people, Myers said. 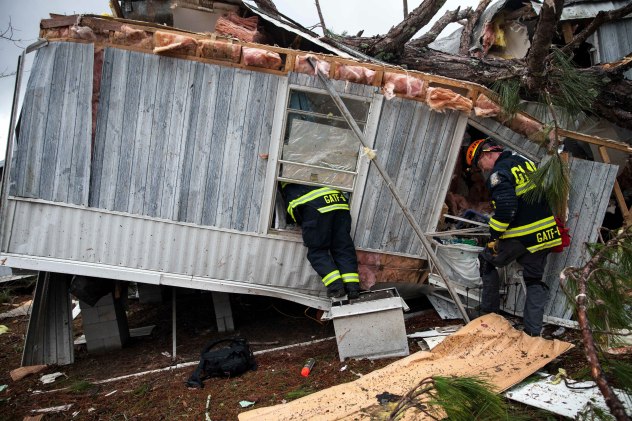 Rescue workers search inside a mobile home, Monday, Jan. 23, 2017, in Big Pine Estates that was damaged by a tornado, in Albany, Ga. Fire and rescue crews were searching through the debris Monday, looking for people who might have become trapped when the storm came through. (AP Photo/Branden Camp)

The time a warning is issued to the public can also make a difference in response. When people are given too much lead time, they can get tired of waiting and tend to go back to their business, Myers said.

“That’s why we have to be careful giving too much information several days out from an event. There is a real communication process involved in the sequencing of information in the days and hours leading up to an event,” Myers said.

Regardless of the warning, some people wait until they see their life is in danger.

“A lot of social media research was done and people said they have to see [a tornado] before they do something,” AccuWeather Meteorologist Dan Kottlowski said.

Mike Smith, Senior Vice President of AccuWeather Enterprise Solutions and author of Warnings: The True Story of How Science Tamed the Weather, said there are many reasons why people wait to react.

"There is considerable inertia in people. They are busy or their attention is on some project. There is also sociological evidence that people feel silly for taking shelter; that it somehow reflects poorly on their courage," Smith said.

He said in order to get people to take shelter or evacuate, it seems warnings need to come from someone they trust. Receiving the warning from more than one source can also help, Smith said.

“We try to issue the warnings very early now so they take cover, but people need to see that something’s coming at them,” Kottlowski said.

Therefore, Kottlowski said they have started enhanced warnings, which are warnings with amplified wording like severe and imminent danger.

Meteorologists and psychologists are looking at more than just the wording.

“Psychologists are working with meteorologists to come up with an understanding of why people are just not adhering to the warnings, maybe it’s a combination of wording and graphics,“ Kottlowski said.

Kottlowski said radars don't make sense to some people, so there needs to be a simple graphic that will show were the most dangerous impacts of the severe weather will occur. 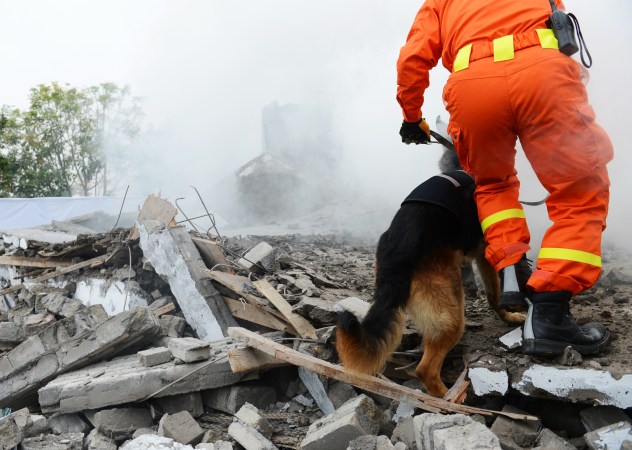 However, broadcasters are able to explain radars to people in a simple, urgent manner.

"The really good television meteorologists have mastered the art of using tone of voice and other cues to persuade people to take action when they are convinced a really dangerous storm is occurring or imminent," Smith said.

That will still not solve the problem entirely, experts agree.

“When you get a really bad outbreak where you have multiple tornadoes moving very quickly, you are still going to have a lot of fatalities and injuries because people aren’t going to be able to get out quickly enough,” Kottlowski said.

Technology, meteorologists and psychologists are making immense improvements and progress to help save the lives of people across the globe.

“The goal is to communicate weather information to an educated public who knows what to do when the time comes,” Myers said.