After warm ocean waters delivered a devastating blow to the Great Barrier Reef in 2016, experts now say there is "zero prospect for recovery" for a significant portion of the coral.

Two coral bleaching events have occurred in the past 12 months, the first time consecutive events have been observed at the Great Barrier Reef. More than two-thirds of the Reef has been damaged, according to the ARC Centre of Excellence for Coral Reef Studies in Queensland, Australia.

When coral experiences abnormal conditions, it releases an algae called zooxanthellae. The loss of the colorful algae causes the coral to turn white.

“The combined impact of this back-to-back bleaching stretches for 1,500 km (900 miles), leaving only the southern third unscathed,” Prof. Terry Hughes, director of the ARC Centre of Excellence for Coral Reef Studies, said. 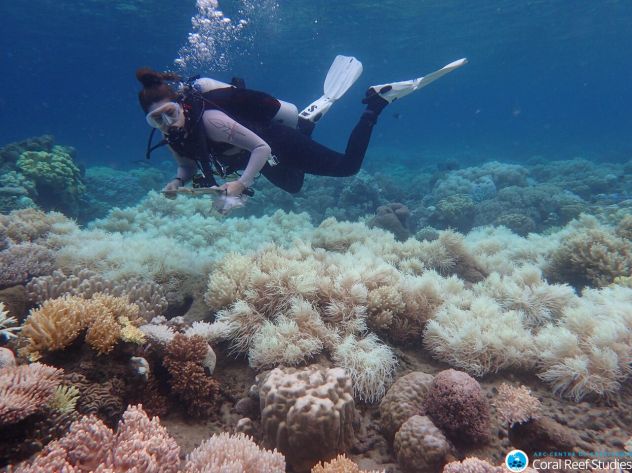 A diver surveys coral near Orpheus Island in March of 2017. (Photo/ARC Centre of Excellence for Coral Reef Studies/Greg Torda)

Hughes conducted an aerial survey in 2016 and again this year.

"The bleaching is caused by record-breaking temperatures driven by global warming," he said.

The northern portion of the reef damaged in 2016 is unlikely ever to return to full health as ocean temperatures continue to rise. Coral takes at least a decade to recover, said Dr. James Kerry, a senior research officer at ARC.

Tropical Cyclone Debbie also battered the reef in late March, offsetting any benefits the cooler waters would have yielded.

5 tips to help avoid a shark attack
Surprising things you didn’t know about your sunscreen
Lyme disease signs and symptoms: When should you seek medical care?

The colorful, lively reef that once existed in the center and northern portions continues to suffer.

For tourists expecting to see a wide variety of ocean life in the coral, they may be left disappointed, said Dr. Maria Beger, an academic fellow in marine conservation biology at the University of Leeds.

"If tourists love fish, and drop-offs with less of an interest in macro and coral life, they will still be able to have nice dives," she told AccuWeather. "But it might be a bit like walking around amongst black stumps in a burnt forest looking for birds." 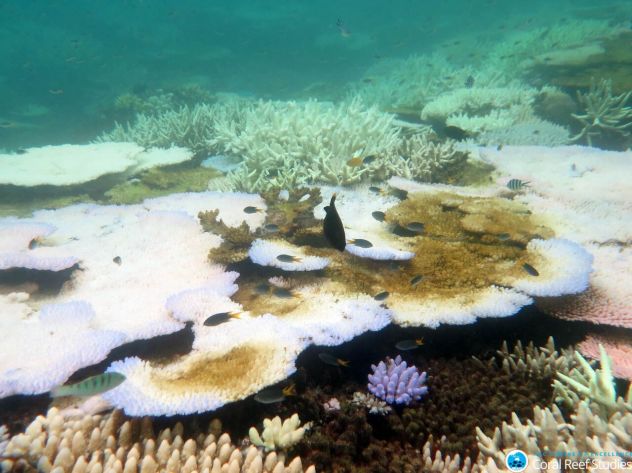 A fish swims near a section of bleached coral near Mission Beach. (Photo/ARC Centre of Excellence for Coral Reef Studies/Bette Willis)

The researchers stressed that the only viable solution is to cut carbon emissions in order lower ocean temperatures. In the past 19 years as ocean water temperatures rose 1 degree Celsius (1.8 degrees Fahrenheit), four separate bleaching events unfolded.

Researchers found no evidence that past bleaching events have made the coral more durable.

“With rising temperatures due to global warming, it’s only a matter of time before we see more of these events. A fourth event after only one year is a major blow to the reef," Hughes said.