Sixteen percent of all global deaths in 2015 can be linked back to pollution, a recent study found.

Exposures to contaminated air, water and soil were responsible for 9 million premature deaths in 2015, according to a study published in The Lancet.

Researchers cite pollution as the world's largest environmental cause of disease and premature death.

Children are especially vulnerable as small exposures in utero and early childhood can lead to lifelong disease, disability, reduced learning and earning potential and even premature death.

The study also said that 92 percent of pollution-related deaths occur in low- to middle-income countries, disproportionately killing the poor and vulnerable. 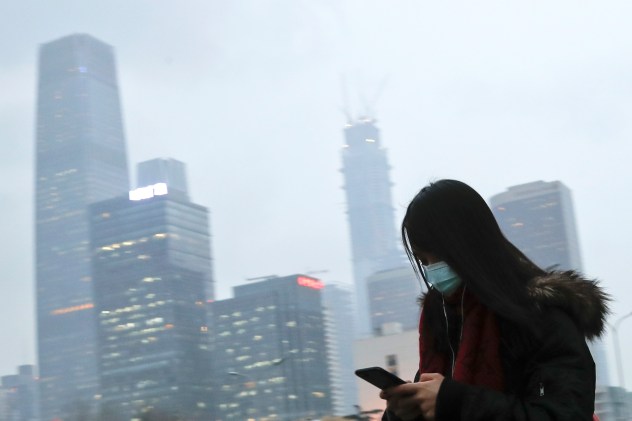 In this Feb. 21, 2017 photo, a woman wearing a mask walks to a subway station during the evening rush hour in Beijing. (AP Photo/Andy Wong)

These types of pollution are associated with industry, mining, electricity generation, mechanized agriculture and petroleum-powered vehicles.

While cities account for 85 percent of the globe's economic activity, the high concentration leads to urban pollution. The study praised high-income and some middle-income countries for enacting laws that aim to lower pollution levels and curb emissions.

"The claim that pollution control stifles economic growth and that poor countries must pass through a phase of pollution and disease on the road to prosperity has repeatedly been proven to be untrue," the study says. Cities from any kind of economic status would have not only financial gains, but also a rise in the health of the population if such strategies were adopted.

How to offset negative health effects from urban air pollution
5 low-maintenance plants that can purify the air in your home, office
How inhaling wildfire smoke can wreak havoc on your health
Now is the time to protect yourself from the flu

Reducing emissions of pollutants, using renewable energy and developing efficient and affordable public transportation systems are some of the ways cities can evolve to cut pollution levels, according to the study.

While some parts of the world have made strides in going greener, chemical pollution is a growing problem, the study says.

"The effects of chemical pollution on human health are poorly defined, and its contribution to the global burden of disease is almost certainly underestimated," the researchers wrote.

Since 1950, more than 140,000 new chemicals or pesticides have been synthesized. At least 5,000 are produced in a high volume and are "responsible for nearly universal human exposure."

The study says that many of these chemicals or pesticides were not fully tested for long-term impact on human health.