Now is the time to protect yourself from the flu

It’s the start of flu season in the United States and this year’s flu vaccines have been updated to better match viruses that are expected to be out there, according to the Centers for Disease Control and Prevention (CDC).

Flu shots now contain an updated influenza A (H1N1) component, which reflects the constantly changing environment of flu viruses, according to a CDC fact sheet. 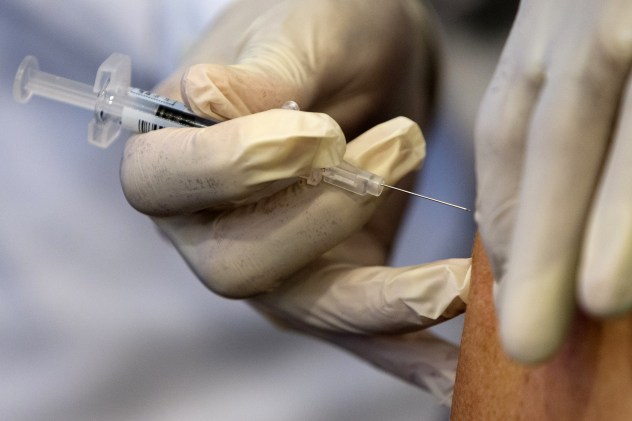 In this file photo, a nurse administers a flu vaccine in Washington, D.C. (AP Photo/Jacquelyn Martin)

Experts won’t make specific predictions about the upcoming influenza season because the severity of the season varies from year to year, but they do suggest flu shots and simple, preventative measures to keep illness at bay.

“Generally, people with influenza are very ill. To put it in simple terms, they look like they’ve been hit by a bus,” said Dr. Mark Beahm, a family medicine doctor with the Mayo Clinic Health System. “They’re very achy and tired. They complain of headaches, sore throat, body aches, joint aches, and they often times have high fevers and a cough.”

“If the patient is a young, healthy person with no respiratory problems and no risk factors, it is perfectly reasonable to allow them to just wait it out,” Beahm said. “Take their time, push fluids, use Tylenol and ibuprofen and just wait until they get better.”

However, high risk patients, including the very young and the very old, pregnant women and those with weakened immune systems should get antiviral drugs, which are most effective within 48 hours of getting sick, according to the CDC.

Beahm told AccuWeather the influenza virus spreads quickly through respiratory secretions so giving each other space to breathe and having clean hands are keys to stopping the spread of germs.

“We explore our world with our hands so we need to do our best to keep them as clean as possible,” he said.

Other simple habits include:

The CDC recommends that everyone who is six months and older get a flu shot by the end of October, if possible. Remember that it usually takes two weeks for antibodies to build up in your system to fight the flu. Researchers said flu cases are at their worst in the U.S. between December and February, but influenza activity could linger into May.

Nasal spray flu vaccines, such as FluMist, were again not recommended by a CDC advisory committee because of concerns that they may not work well.