After a giant storm hit Washington D.C. the morning of Jan. 13, residents came out to the National Mall where a massive, impromptu snowball fight had begun!

A deadly winter storm that claimed the lives of at least nine people pummeled the mid-Atlantic region, leading to power outages, canceled flights and hundreds of car accidents.

The winter storm began to unfold over the region on Friday afternoon with heavy snow and freezing rain across Missouri and Kansas. Some motorists became stranded on the snow-covered roads for hours, and additional travel delays continued through Sunday.

At least four deaths have been reported in Missouri, according to the Missouri Highway Patrol. CNN, citing local authorities, reported three deaths occurred in Kansas, while one fatal crash occurred in Illinois and another in Indiana. This brings the total storm death toll to nine.

One of the victims was Illinois State Trooper Christopher Lambert, who was struck by a vehicle while responding to a three-vehicle crash on Interstate 294 on Saturday.

"Trooper Lambert was a great trooper and was respected by those within and from outside the Illinois State Police, this is a tremendous loss which could have been prevented and should have never happened,” said ISP Director Leo P. Schmitz in a statement. “Trooper Lambert deliberately placed his vehicle in a position to protect the lives of the victims of the previous crash, and took on the danger himself. He will be remembered for his dedication to the Illinois State Police and for giving the ultimate sacrifice to protect and serve the citizens of Illinois.”

Kansas City Chiefs player rewards good Samaritan who helped free his car from snow prior to playoff game Eastern, central US to face more winter storms, polar plunge after calmer first half of this week

According to AccuWeather Meteorologist Alan Reppert, the heaviest snow fell over the St. Louis area and back through Missouri and southern Illinois.

A few spots in northeastern Missouri received as much as 20 inches of snow, the National Weather Service in St. Louis reported.

A record snowfall of 8.4 inches was reported in the Illinois capital of Springfield on Saturday.

"Snow wrapped up over the Ohio Valley and the East as the heaviest snowfall was over southern Ohio and into Maryland and northern Virginia," Reppert said. 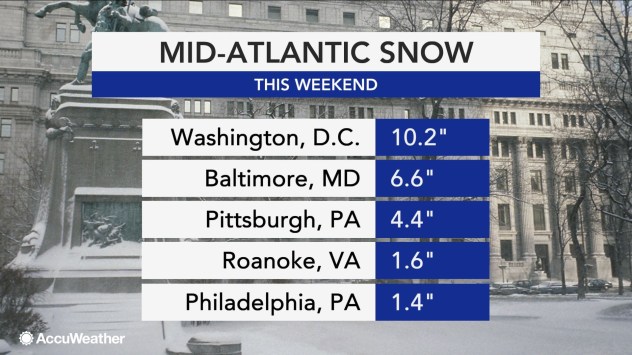 The weight of the heavy, wet snow could cause some trees to snap, leading to sporadic power outages. Heavy ice accretion across western North Carolina resulted in nearly 100,000 power outages.

"Some areas around Washington, D.C., saw upwards of 10 inches of snow," Reppert said.

Virginia State Police said they responded to more than 230 traffic crashes and helped more than 100 disabled vehicles in Virginia from midnight to noon Sunday.

"Parts of the Carolinas and southern Virginia saw ice, with some places seeing over one-tenth of an inch of ice," Reppert said. 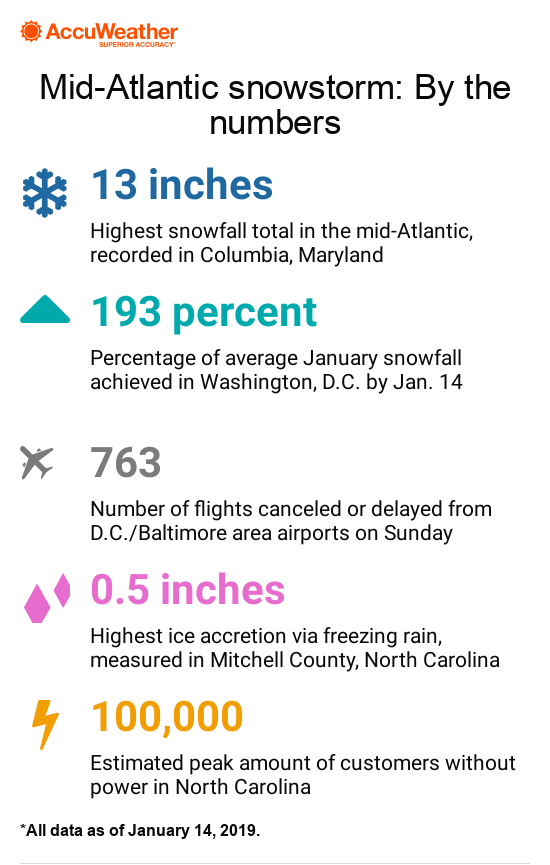 Around 4:30 am, units responded to a sand-truck that had overturned on North Kings Highway. Fortunately there were no injuries. The roads are still treacherous at this time - and will be for a while. Please stay off the roads if possible. #FCFRD #snow #fairfaxcounty pic.twitter.com/NBfeBUq6RV 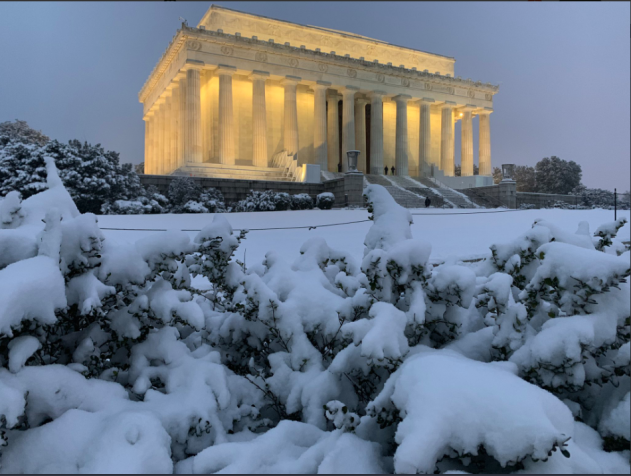 A snowy scene captured by Aaron Jayjack reporting for AccuWeather in Washington, D.C. on the morning of Jan. 13, 2019. (Twitter photo/@aaronjayjack)

The snow is sticking around and reducing visibility at the airport. Ground crews are working hard to clear the runway & get everyone on their way. As always, we recommend double checking flight status with your airline prior to coming to the airport. Thanks for your patience! pic.twitter.com/MgUtDG1pup

WEATHER ALERT: The plows are out! If you have to be on the roads, please don't pass or crowd a plow. We don't want this to be you! Stay safe! @VaDOT @VSPPIO #SNOW pic.twitter.com/rROqQPlLII 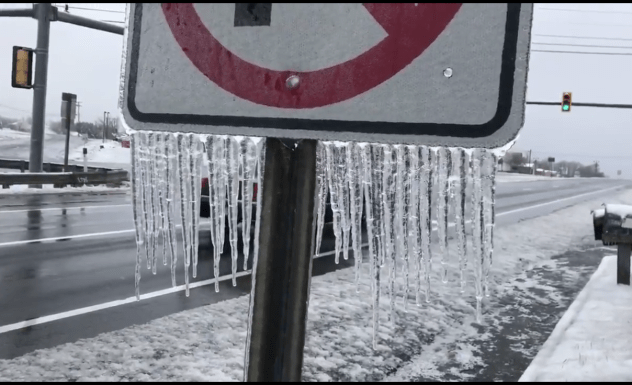 NHC probing whether to change start-date of Atlantic hurrica...

Another Santa Ana event to target Southern Calif. this weeke... Toronto man turns his backyard into a canvas for massive sno... Czech freediver breaks world record for longest swim under i... Listen to the ice crack as warmer weather brings thawing to ... Daily coronavirus briefing: Single-dose vaccine approved in the US Snowshoeing experiences a boost in popularity this winter

Podcast: Some snow, ice this weekend along with another Santa Ana