China is the global leader when it comes to producing solar power, and the country is showing no signs of slowing its progress in investing in renewable energy.

With a total installed solar capacity of 78 gigawatts at the end of 2016, China led all other countries in installed capacity. Through the first half of 2017, the country is on a record pace for solar installations, with 24 gigawatts of capacity added, according to Bloomberg.

China added 34.5 gigawatts of solar capacity throughout all of 2016, the International Energy Agency reported.

As the country's growth in solar continues, its focus on sustainability has intertwined with its culture, most notably highlighted by the recent solar farm constructed in the shape of giant panda, one of China's national treasures.

The Panda Power Plant, with a capacity of 100 megawatts, was connected to the grid in late June in the hills of Datong, Shanxi province. The plant, located in northeastern China, spans 248 acres and is in the testing phase and is producing 50 megawatts of energy. It is expected to be fully integrated into the grid by Aug.10. 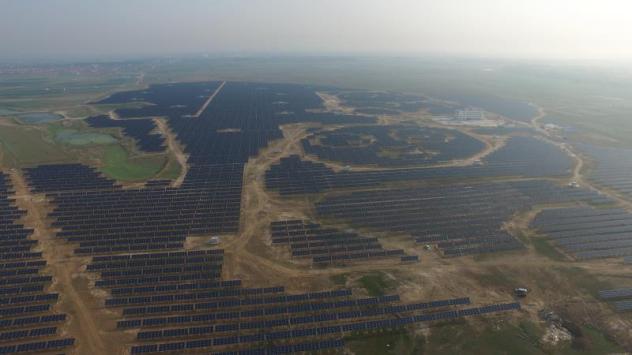 A key strategy of the partnership was to help raise awareness for younger people with regards to global issues such as climate change and to "promote stronger leadership from within youth groups for sustainable development action."

Nicholas Rosellini, United Nations resident coordinator and UNDP resident representative in China, said in a statement that the new solar farm demonstrates how innovative approaches can bring benefits to the new energy sector. 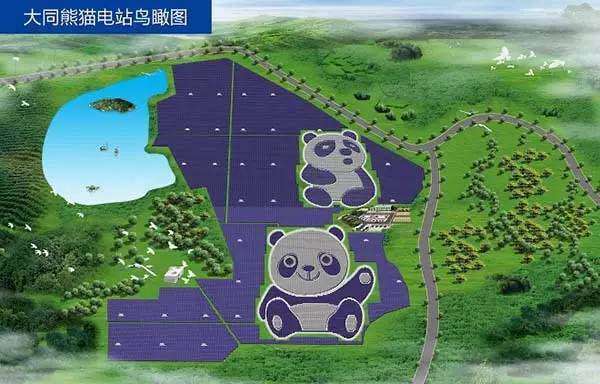 “The worldwide appeal of the panda creates a platform to engage the wider public, and especially youth groups. UNDP’s partnership with Panda Green Energy Group can help to harness the energy, ideas and commitment of the next generation to engage with innovation for development," Rosellini said.

Solar energy powers an entire island in American Samoa thanks to Tesla, SolarCity
AccuWeather Climate Change Blog
5 tips for saving on energy costs during the sweltering heat of summer

The project is the word's first of several panda-shaped solar farms expected to be constructed. The current solar farm highlights two baby pandas, while farms in the shape of two adult pandas will eventually be added.

Panda Green Energy Group states that a 100 megawatt solar plant can provide 3.2 billion kilowatt-hours of green electricity in 25 years, which is the equivalent of saving 1.056 million tons of coal or reducing 2.74 million tons of carbon dioxide emissions.