A state disaster declaration has been issued for 18 Texas counties impacted by severe weather and flooding.

"Anyone living within one-quarter mile of the river should evacuate immediately to higher ground. The [Farm to Market] bridge at 2900 will be topped soon,” officials with the Llano County Office of Emergency Management said shortly after 8 a.m. local time.

CBS Austin reported that FM 2900 bridge had collapsed near Kingsland and pieces of the bridge were seen floating down the river.

At least two people have died due to the flooding.

One fatality has been confirmed after a body was found in Burnet County along the Colorado River between Kingsland and Granite Shoals, according to Rep. Terry Wilson.

The river crested at 39.91 feet Tuesday morning, just below the all-time record of 41.5 feet.

Llano is located about 90 minutes to the northwest of Austin.

How to safely shelter in place if you ran out of time to evacuate before severe weather strikes
Preparing for the costliest weather disaster in the US: How to stay safe before, during and after a flood

Some parts of Texas have received months' worth of rain in several days.

Parts of central Texas have already received 4-8 inches of rain from Friday to Tuesday morning. This is the equivalent of an entire month's worth of rain for October. 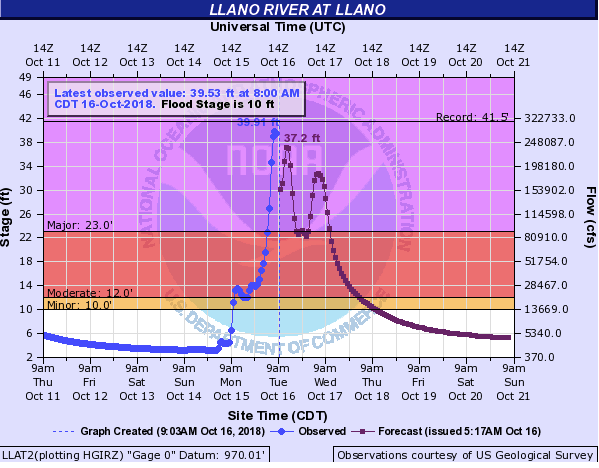 Shelters are being set up at First Baptist Church and Inman’s Kitchen in the City of Llano and the Kingsland Community Center, officials said.

Llano city officials said that the city is currently unable to treat water and residents are being asked to conserve water at this time. 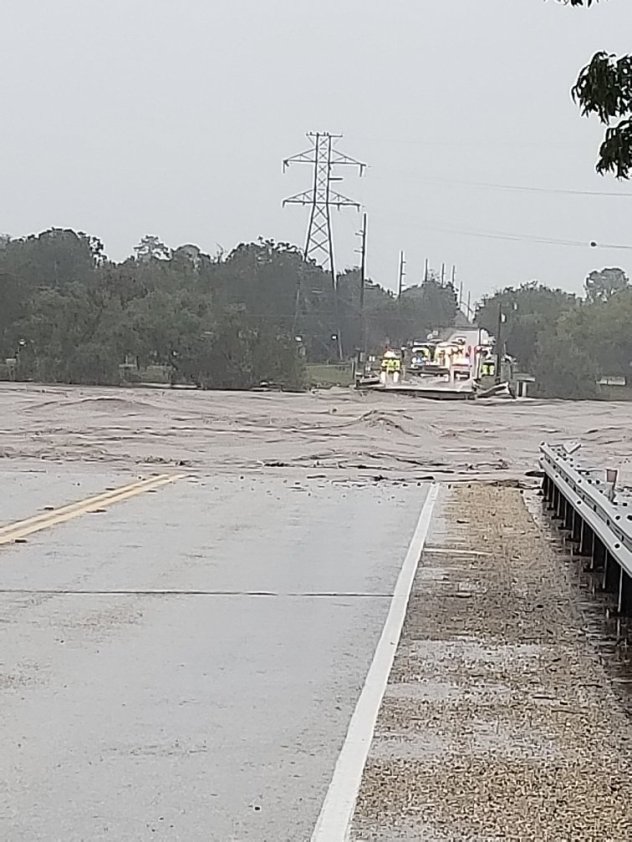 Earlier Tuesday, the National Weather Service in San Angelo, Texas, reported that water rescues were ongoing in Segovia and water was flowing over Interstate 10 at Johnson Fork Creek in Kimble County. A flash flood emergency was in effect until 7 a.m.