As a front moves eastward towards the Florida Peninsula, gusty winds, severe thunderstorms and tornadoes are possible, which could prompt travel delays ahead of Christmas. 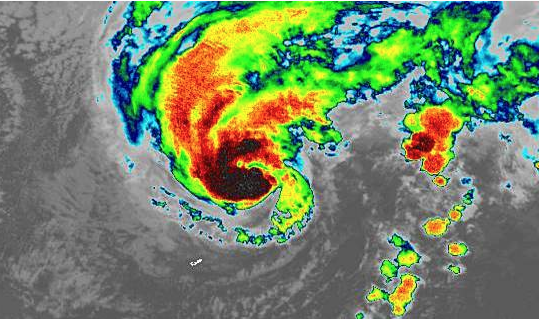 Humberto is seen moving away from Bermuda on Wednesday night. (NOAA/GOES-EAST)

As of 5 p.m. EDT Thursday, Humberto was a Category 2 with maximum sustained winds of 105 mph. It was located 550 miles north-northeast of Bermuda and moving northeast at 24 mph

Bermuda officials announced at a press conference that most public services would close early Wednesday afternoon ahead of Humberto.

“Storm force winds are expected to pick up and we would now like to advise the public that they are to be off the road by 5 p.m. today,” Minister of National Security Wayne Caines.

Caines added that public schools and government offices were closed at noon Wednesday. Schools are expected to stay closed Thursday.

The famous Causeway, a strip of land and bridges connecting the main island to St. David’s Island, was also closed at 6 p.m., Caines said. The Bermuda L. F. Wade International Airport closed at 3:00 p.m. and all flights due to arrive after that time were cancelled.

According to the Royal Gazette, Bermuda's Governor, John Rankin, issued an order for 120 members of the Royal Bermuda Regiment to be on standby in preparation for the storm.

The last major hurricane to strike Bermuda was Nicole in 2016. 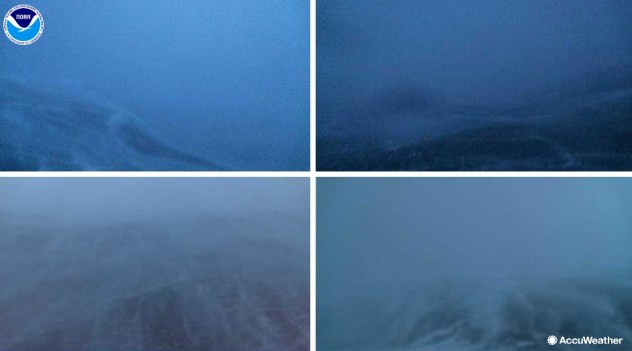 Tumultuous seas were seen on on a camera from NOAA buoy 41048 early Wednesday as Humberto headed towards Bermuda. (Image/NOAA)

Early Wednesday, Humberto passed over NOAA buoy on its journey towards Bermuda. A wave height of 32 feet was reported along with a wind gust of 94 mph.

As of Wednesday night, the top wind gust in Bermuda from Humberto is 132 mph at St. George's.

The wind gusts on #Bermuda are nothing short of amazing, this far from the center of Hurricane #Humberto. Saint George, on the northeast corner of Bermuda, has gusted to 132 mph. pic.twitter.com/qxPaFiLLPz

Bermuda's building codes require dwellings to withstand sustained wind speeds of 110 mph (177 km/h), which is the equivalent of a high-end Category 2 hurricane.

Ahead of the hurricane, the AccuWeather RealImpact™ Scale for Humberto on Bermuda was designated to be less than one. 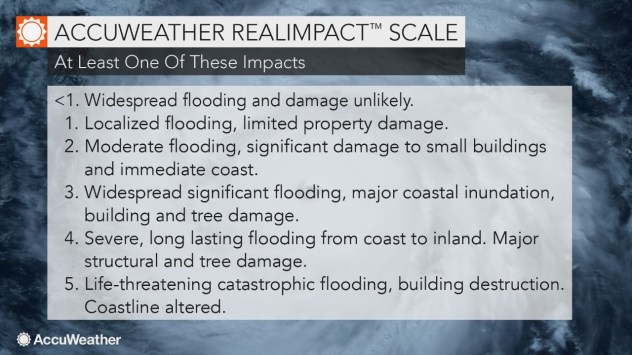 Conditions will continue to improve across the islands through Thursday as Humberto tracks farther to the north and northeast.

Bermuda is much better prepared for Humberto than The Bahamas
Will resurgence of heat be summer’s last hurrah in northeastern US this weekend?
Jerry to strengthen into hurricane as it nears Caribbean islands
Imelda triggers widespread flooding across southeastern Texas

AccuWeather meteorologists will be monitoring any potential impacts from Humberto in Atlantic Canada during the upcoming weekend. However, at this point, the risk of the storm directly impacting the area is low. 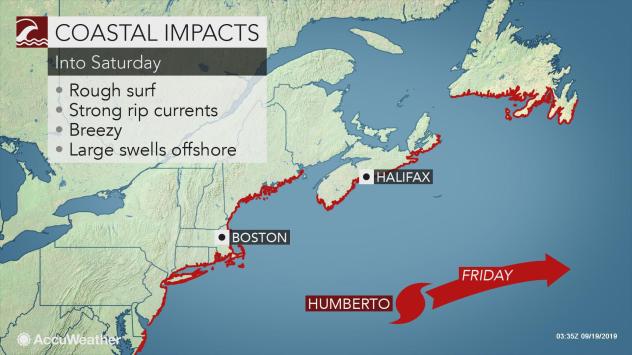 As Humberto cruises the western Atlantic, swells propagating outward from the hurricane will produce rough surf and strong rip currents along the East Coast of the United States.