How to recognize a 'radar-confirmed tornado'

This radar snapshot shows an extremely dangerous weather phenomenon underway -- but if people at home don't know what to look for, it's easy to miss it.

Dual-polarization radar is at the forefront of weather technology. Learn what a debris ball is and how weather forecasters use it to confirm a damaging tornado has touched down.

When the rain starts to fall, people immediately look to the weather radar to see how long it will last. But when severe weather strikes, meteorologists can use this technology to pinpoint the precise location of damaging tornadoes and give more accurate warnings to those in its path.

The average person and weather enthusiast can follow along on social media with reports in real-time as volatile weather unfolds -- and terms like "radar-confirmed tornado" are often thrown out by meteorologists. But what exactly does that mean? And how do you recognize it?

The use of radar has expanded in recent years well beyond the circles of the meteorological community with the rise of smartphone apps, websites and computer programs. These allow virtually anyone to be able to look at the weather and track radar-confirmed tornadoes from almost anywhere.

For decades, radar has been used by the National Weather Service (NWS) to gather a wealth of meteorological data to track thunderstorms, hurricanes, blizzards and everything in between. 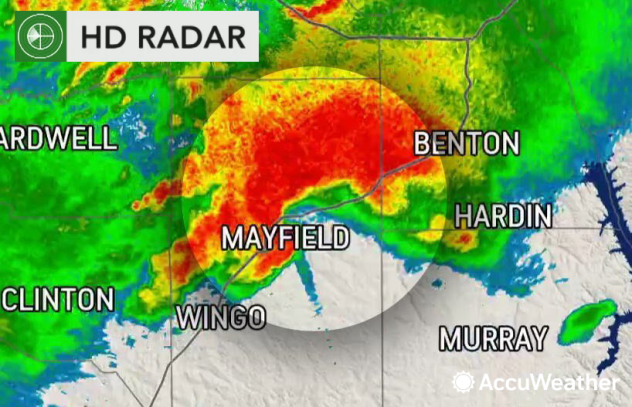 A radar image of the EF4 tornado that struck Mayfield, Kentucky, on Dec. 20, 2021, killing 58 people and injuring scores more. (AccuWeather)

Radars work by sending pulses of energy through the atmosphere. When these pulses encounter particles in the air, such as raindrops, some of the energy bounces off the object and returns to the radar. Computers then analyze this data to determine what the radar 'saw.'

But a significant advancement in radar has unveiled even more information than ever before.

“Dual-polarization, or dual-pol, is part of the NWS vision to build a weather-ready nation to better protect lives and livelihoods. This new technology provides 14 new radar products that will support our mission to serve our partners and customers,” the NWS explained.

All of these radar products can be found on sophisticated weather radar apps for smartphones and computers, such as RadarScope and GR2Analyst. 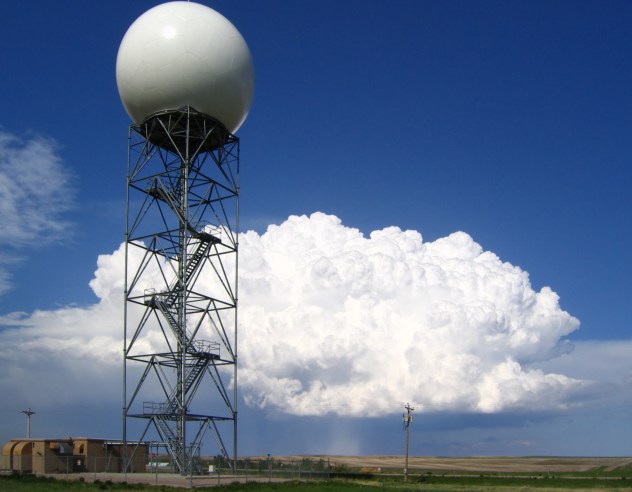 Since dual-pol radar was implemented across the United States in the late 2000s and early 2010s, it has helped peer deeper into the heart of thunderstorms. One of the biggest breakthroughs has been with short-term tornado warnings.

As a thunderstorm develops, strengthens and begins to rotate, a hook shape can appear on the edge of the storm on radar. As the storm intensifies, the hook can become very prominent on radar in the area of the storm that can spawn a tornado. 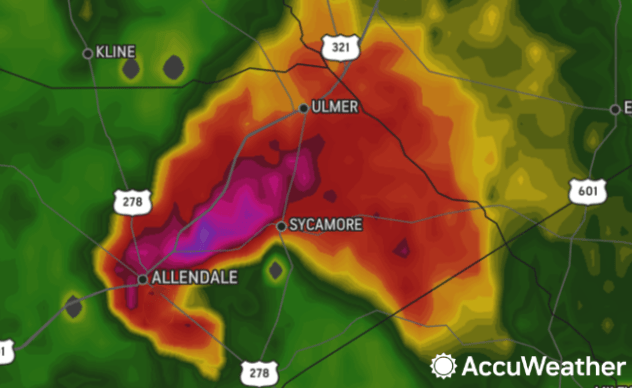 A hook echo is seen on the AccuWeather radar near Allendale, South Carolina, on April 5, 2022.

As a tornado touches down and strengthens, it lifts objects and debris off the ground and lofts them up into the atmosphere. With extremely strong twisters, some objects can be tens of thousands of feet above the ground. The cluster of airborne debris around a tornado is sometimes referred to as a "debris ball."

This debris ball can be better detected with the use of dual-pol radar, specifically through the use of a radar product known as the correlation coefficient (CC), typically a feature on more sophisticated weather radar tools and apps.

Essentially, the CC shows the size and shape of objects in the atmosphere. This allows meteorologists to determine where it is raining, where hail is falling and where there is a tornado on the ground that is throwing debris into the sky.

A low CC value shows that there is a great variety in the size and shapes of objects, while a high value shows greater consistency in size and shape. Meteorologists look for low CC values within a tornado's debris ball surrounded by higher values. This often appears as a small blue circle within a larger red area.

More than just a debris ball needs to appear on radar for a tornado to be radar confirmed. Another crucial piece of information is how close it appears to the rotation of the storm. The storm's rotation can also be measured by using radar.

Radars measure the velocity of objects in the atmosphere relative to the radar site. Rotation can be detected when there is a couplet of winds moving toward and away from the radar located right next to each other. This often appears as a red area directly next to a green area as seen on the National Weather Service image below. 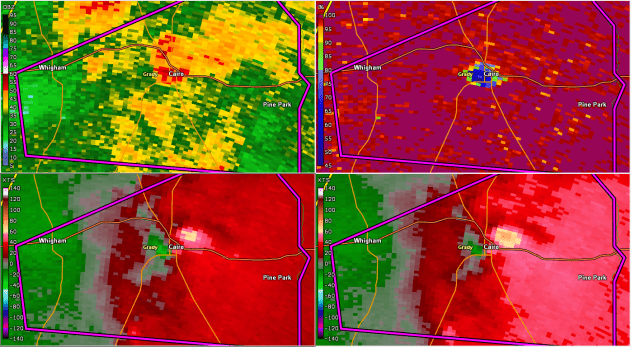 These four images show a radar-confirmed tornado tracking over Cairo, Georgia, on March 3, 2019. The top left image shows the rainfall, the top right shows the correlation coefficient, and the bottom two images show the storm’s velocity, or spin. The tornado tracked where the blue dot appeared on the top right image and was eventually rated an EF2 with winds of 120 mph and is to blame for two injuries. (NWS Tallahassee)

If the radar shows a strong area of rotation and a debris ball in the same area, it is a strong signature that there is a tornado occurring.

“This signature, known as the Tornadic Debris Signature (TDS), [is] a powerful tool, particularly in very rural areas where we might not otherwise receive confirmation that a tornado is doing damage for several hours. Once a TDS appears, a tornado is already doing damage,” the NWS explained.

This is how meteorologists determine where there is a radar-confirmed tornado. 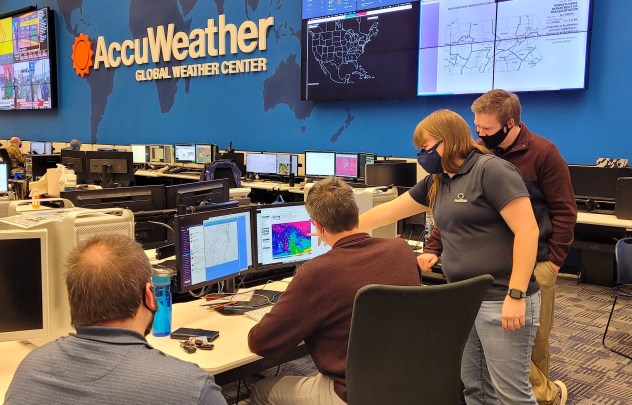 A group of AccuWeather meteorologists use radar to monitor weather systems on March 4, 2022. (Photo/Renee Duff)

This is just one of many examples where dual-pol radar can be used to determine what is happening in the atmosphere without looking out the window.

It can also be used to help detect where large hail is falling in a severe thunderstorm, the dividing line between rain, sleet and snow during a winter storm and even to detect animals.

When a flock of birds or colony of bats takes to the sky and the conditions are just right, they can be seen flying on radar images.

Without dual-pol, this may be incorrectly identified as rain, but the additional information gathered by the advanced technology confirms that what forecasters are seeing are animals in flight, rather than precipitation.

Birds even visible from the Memphis radar. Below is Correlation Coefficient, showing distinct low values, in contrast to high values of rain pic.twitter.com/x2JHPIb0zU

Good morning to all the birds of central Iowa. We captured your take-off on our Doppler radar! There were so many of you, our radar tried to switch into precipitation mode! pic.twitter.com/z0cWr51WTB