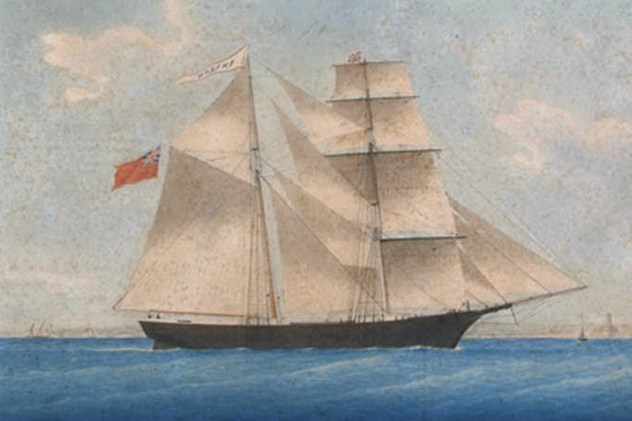 The “one in a million” ghost ship Alta that washed up on the shores of Ballycotton in County Cork, Ireland, on Sunday amid Storm Dennis stirred up references to the unforgettable true story of the most famous maritime mystery of all time: the Mary Celeste and her missing crew.

The ship’s saga and the serpentine twists of fate before and after its discovery in December 1872 captivated both the people of that era and subsequent generations almost 150 years later as tales of giant sea creatures, aliens, a voodoo curse and more became a part of its lore. Acclaimed writer Sir Arthur Conan Doyle – before achieving fame as the creator of Sherlock Holmes – even contributed greatly to the myth and the confusion surrounding the Mary Celeste.

No one knows exactly what happened to the captain, his wife and 2-year-old daughter, and the seven crew members who vanished mysteriously from a seaworthy, well-stocked 100-foot ship midjourney.

That includes Brian Hicks, author of an exhaustive, captivating book called Ghost Ship – but he has a theory and it doesn’t include a giant kraken.

“It’s a lot more entertaining to imagine that it was a giant squid or a UFO” that took those on board, Hicks told AccuWeather. “I just kept running across [those stories].”

The lure of the sea

At a time when high-speed travel was limited to horses and the Wright brothers’ first flight was still more than 30 years into the future, the sea offered sailors access to far-away lands, unimaginable sights and adventure. The sea also offered enormous uncertainty, and shipwrecks were relatively common.

But that’s not what happened to the Mary Celeste, which set sail from New York destined for Genoa, Italy. Instead, it was found floating adrift by a passing ship on Dec. 2, 1872. The last log entry on Nov. 25 was at 8 a.m. when the ship was 6 miles from an island in the Azores and revealed no signs of trouble.

The crew members of the Dei Gratia who boarded the Mary Celeste found a ship capable of sailing and a cargo hold full of alcohol – likely the industrial or medical variety, not suitable for drinking – and the crew decided to claim her for salvage, expecting a substantial payoff for their efforts.

They got a trial instead, as rumors of murder and an insurance scam were pursued. Ultimately the captain and crew of the Dei Gratia were cleared of wrongdoing but their reputations were tarnished.

The sailors of the Dei Gratia believed weather factored into the Mary Celeste’s fate, but that was an argument that “garnered little publicity because it was so common and devoid of criminal activity, which would make it unattractive to editors trying to sell newspapers,” Hicks wrote in Ghost Ship.

But their theory was too simplistic and didn’t explain why foul weather wasn’t recorded in the log or why the captain and crew would leave a 100-foot ship for an 18-foot skiff in foul weather conditions.

In the ensuing years, other possibilities about the Mary Celeste’s fate were floated, including the possibility of mutiny and piracy. Also, a wide range of hoaxes popped up, with Conan Doyle sparking controversy and intrigue that never went away. 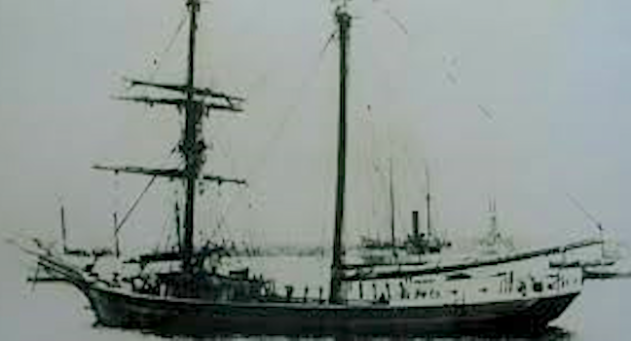 This undated photograph of the Mary Celeste shows the ship in an unidentified harbor in the days after those aboard disappeared. (Cumberland County Museum, Amherst, N.S.)

His short story, “J. Habakuk Jephson’s Statement” appeared in the January 1884 edition of London’s prestigious fiction publication Cornhill Magazine. It was based on the word of a supposed survivor of the Mary Celeste, who “claimed the ship’s crew and passengers were systematically killed on the trip across the Atlantic,” Hicks wrote.

The story was fiction in a fiction journal, but it was taken as fact by many – “which is hysterical by today’s standards, but that’s how they took it,” Hicks told AccuWeather – and governments in two countries launched separate investigations into the story. As Hicks writes, perhaps the story “spread so quickly through seaports on both sides of the Atlantic because it was the first thing resembling a clue to turn up in 11 years.”

Hicks, however, offers a theory that, while not as compelling as others’ wild ideas, seems far more likely, and weather plays a role. “I think a lot of these things can be explained by the weather,” Hicks told AccuWeather. “If you’ve ever been out on a ship, it can be pretty rough.”

Alcohol in the hold – “probably some sort of industrial chemical,” he wrote in Ghost Ship – had leaked out from nine barrels during the trip. “If 450 gallons of methanol or formaldehyde were poured into the ship’s hold, it could have had serious physiological effects on the crew,” Hicks writes.

Because of harsh weather, the hold had been closed for two weeks. The captain “was in a dilemma,” Hicks writes. “He had the vapors of an industrial chemical seeping from the hold and no breeze to stir the air….There was little they could do for relief, but get off the ship until it passed.”

That would explain why every hatch, door and window was opened, and why key papers, valuables and the logbook were left behind: “Because they expected to come back,” Hicks wrote.

A vessel which had been drifting out a sea since September 2018, ran aground near Ballycotton, Ireland, on Feb. 16 because of Storm Dennis.

Hicks thinks everyone on the Mary Celeste piled into the 18-foot lifeboat, secured a towline to the ship and expected to wait for a short duration while the sea air worked its magic on the odious ship.

But “two small mistakes, coupled with a tragic coincidence, led to their doom,” Hicks writes. First, some of the sails were left unfurled and the ship’s wheel was not secured hard to port or starboard. Then, at some point while they waited, “a new weather pattern stirred.”

Conditions changed “quickly and dramatically” as a gale blew in and “churned the Atlantic into a healthy storm….The crew of the Mary Celeste would have been in a tug of war to draw their lifeboat back to the ship.”

At some point, the towline broke. The crew of the Dei Gratia who discovered the Mary Celeste found the rope hanging over the gunwales, but had not realized it was a towline and figured it was just a snapped line that they then used to rig the mainsail.

According to Hicks’s theory in his book, those in the lifeboat “watched helplessly as the Ghost Ship sailed away without a soul on board.”