Earth Overshoot Day: We’ve just exhausted a year’s worth of the planet's resources

Aug. 2, 2017, marks Earth Overshoot Day, the date by which humans will have used more natural resources than the planet can renew in the whole year.

The earliest-ever Earth Overshoot Day on Aug. 2, 2017, means that humans are pushing the planet to its ecological limit at an accelerated pace.

Previously known as Ecological Debt Day, it’s when the global population’s demand exceeds the amount of resources that Earth can produce for the year. The date has slowly crept up from Dec. 21 in 1971.

“Most people think it’s relevant to know how much they earn and spend,” said Dr. Mathis Wackernagel, CEO of the Global Footprint Network and co-creator of the Ecological Footprint.

The Ecological Footprint, discovered in the 1990s, is the only metric that measures how much of nature's resources we use and how much we currently have.

“We can spend twice as much as we earn for some time, [but] even if your fortune is big, it’s going to go down,” Wackernagel told AccuWeather. 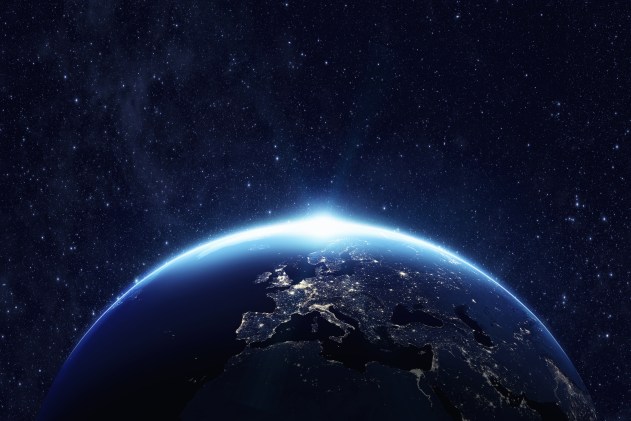 Research shows that humanity’s demand is about 70 percent faster than what Earth can renew, said Wackernagel.

Humans would need the equivalent of 1.7 Earths to accommodate our consumption level, according to the Global Footprint Network.

“We’re borrowing time, or we’re going into debt, to borrow resources from the future to sustain our way of living to fulfill what we are consuming,” said public speaker and blogger Kathryn Kellogg.

The overshoot date is calculated by comparing our Ecological Footprint with the planet’s biocapacity.

In other words, we look at our total annual consumption and Earth’s ability to produce useful biological materials and to absorb carbon dioxide emissions.

Ecological debt: How we got here

Right now, many countries are running on an ecological deficit, meaning that their ecological footprints exceed their biocapacities.

Countries maintain their deficits by overfishing and overharvesting forests, emitting more carbon dioxide into the atmosphere than ecosystems can absorb and importing more goods than are exported, according to the Global Footprint Network.

“We’re going to start seeing things decline and seeing the price of those things shoot up because there’s not enough supply to meet our demand,” said Kellogg.

Solutions for a sustainable future

“Having resources secured is fundamental for our ability to operate our economy,” said Wackernagel.

He added that there are four key factors that can impact a country’s opportunities to end overshoot: how cities are built and operated, how energy is provided, how we eat and how many people there are.

“In the long run, [population] is probably the most significant factor,” Wackernagel said. “If we’re looking at short-term gains, getting out of fossil fuel is the fastest way of reducing the surplus.”

According to the Global Footprint Network, cutting carbon emissions in half would give the planet about three additional months before reaching overshoot. They make up 60 percent of our ecological footprint.

Because personal transportation takes up 14 percent of the carbon footprint, the Global Footprint Network noted that reducing driving by 50 percent worldwide would push the overshoot date back 10 days.

A number of politicians, universities and businesses have also committed to adopting the goals of the Paris Climate Accord, following President Trump’s decision to withdraw the U.S. from the agreement on June 1.

“The rest of corporate America is saying it doesn’t make much sense for us to live in a dystopian world,” said Jeffrey Gracer, principal of Sive, Paget and Riesel, which was the first environmental law firm in the U.S.

“We’re not going to be able to do business in a world where there’s no water, where it’s 130 degrees and we can’t fly airplanes; that’s simply not going to work,” said Gracer.

The Global Footprint Network stated that the ecological overspending is reversible.

By pushing the date back about five days each year, the population would return to using the resources of a single planet by 2050.