As wildfires continue to char land in California, mainly dry, warm weather will provide little to no relief for firefighting efforts heading into the peak of fire season.

According to the National Interagency Fire Center, the number of wildfires and acres burned so far this year has nearly kept the same pace as 2017, which was one of the most destructive fire seasons on record.

Sixteen active fires are burning across California as of Sunday evening, July 15, according to Cal Fire. 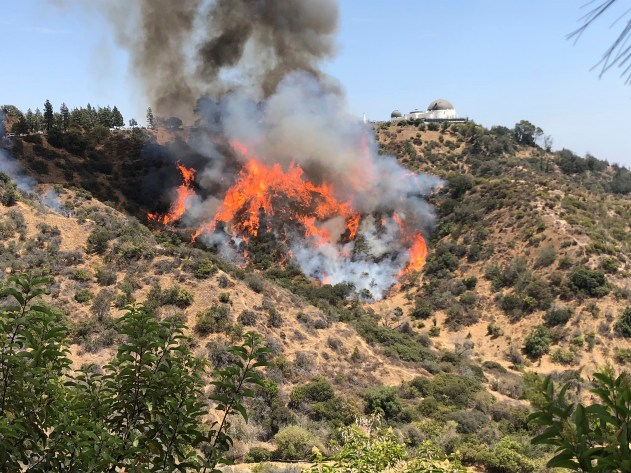 A wildfire burns on the hills surrounding the famous Griffith Observatory in Los Angeles Tuesday, July 10, 2018. (Brooke Clements via AP)

On Saturday, fire crews reached full containment on the County Fire, which charred over 90,000 acres since igniting on June 30. 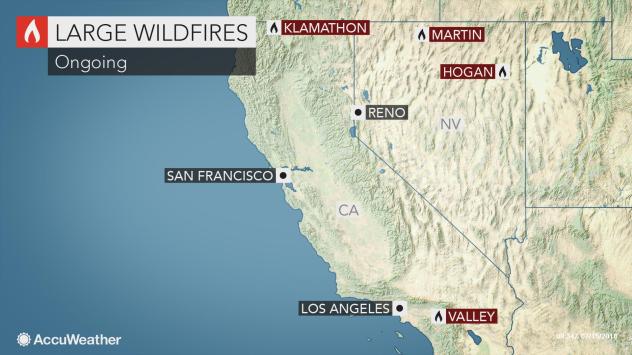 The blaze has charred over 38,000 acres and destroyed 82 structures. Containment has steadily increased this week, currently at 95 percent, and officials expect full containment to be achieved by Monday.

In the southern Sierra Nevada, evacuations at the Whitney Portal campgrounds have been lifted after the Georges Fire grew rapidly earlier this past week after igniting from a lightning strike.

The most common ways people spark devastating wildfires in the US How much water should you really drink every day? How to protect yourself from hogweed, a plant that can burn and blind you Flash flood, dust storm threats to continue as North America monsoon carries on

The 4,310 acre Ferguson Fire, located in the central Sierra Nevada, claimed the life of Cal Fire Heavy Fire Equipment Operator Braden Varney. The blaze is only 2 percent contained as of Sunday evening.

Mother Nature to provide little relief into end of July

The California blazes have been fueled by brush, shrubs and trees that have dried out amidst ongoing drought conditions.

Fire crews will not only have to battle these continued dry conditions, but also the risk of thunderstorms that produce little to no rainfall, frequent lightning and gusty winds.

“Moisture from the monsoon can make some fuels more moist and fire ignition more difficult,” said AccuWeather Senior Meteorologist Alex Sosnowski. “However, strong winds often extend miles away from a thunderstorm that might produce rain in a small area. These winds can create havoc for those fighting existing fires.” 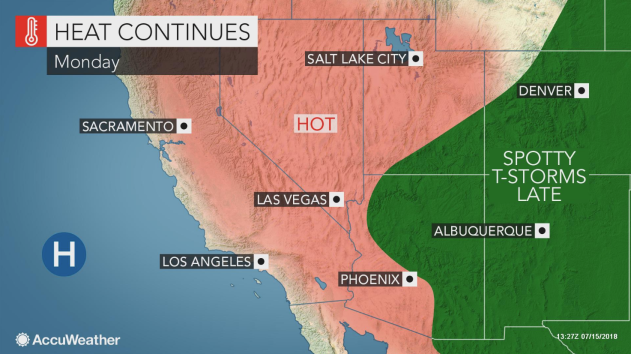 These spotty storms are likely to occur across southeastern California through Monday. The bulk of the rainfall from the monsoon will center over the Four Corners region.

A storm producing little to no rain can lead to a raging fire in a matter of minutes, according to Sosnowski.

In addition, AccuWeather long-range meteorologists expect cool, wet weather to take hold of the East during the second half of July, which will translate to hot, dry weather that will further heighten the wildfire risk along the Pacific coast as the peak of fire season approaches.