'Dog days of summer' owes its namesake to the stars, not summer heat

The days between July 3 and Aug. 11, often referred to as the "dog days of summer," are some of the hottest in the Northern Hemisphere. Contrary to popular thought, the burden these days place upon our beloved, canine companions has nothing to do with the phrase's origin.

Instead, the term "dog days of summer" has deep historical roots dating back thousands of years and is actually intertwined with the movement of the stars.

The ancient Greeks and Romans are thought to have helped coin the term in reference to the star, Sirius, or Dog Star, that rose just before the sun in late July. 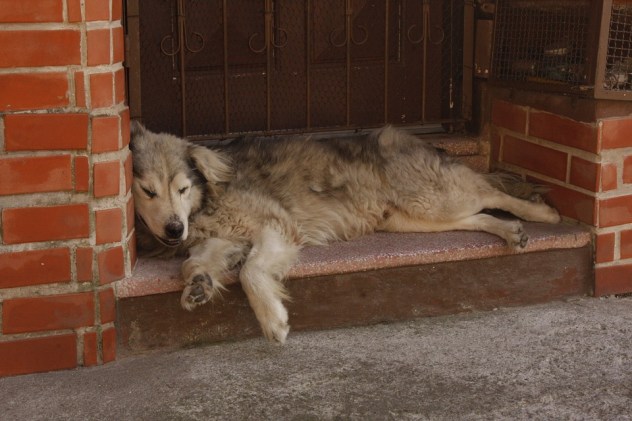 Orion's dog rising in the heavens not only marked hotter days, but the star also served as an omen that could bring fever and catastrophe, according to National Geographic.

The position of the stars overhead was an intrinsic part of ancient life, which shaped religious beliefs, marked seasons and even helped people navigate long journeys by land and sea.

"Stars will have virtually the same position in the sky at a given time during a solar year," Andrews said.

"So it was that, some thousands of years ago, people learned to use the night sky to track the seasons," he said. "The Dog Star came into position at the time of the expected onset of the hottest season of the solar year."

Sirius was not just an important marker of summer days for the Greeks and Romans, but also served the ancient Egyptians nearly 5,000 years ago, according to Space.com.

Rising just before the sun around June 25 in ancient Egypt, the "Nile Star" marked the return of annual floodwaters overflowing the Nile River. Its appearance signified a time for irrigation and renewed fertility in the surrounding lands, according to the report. 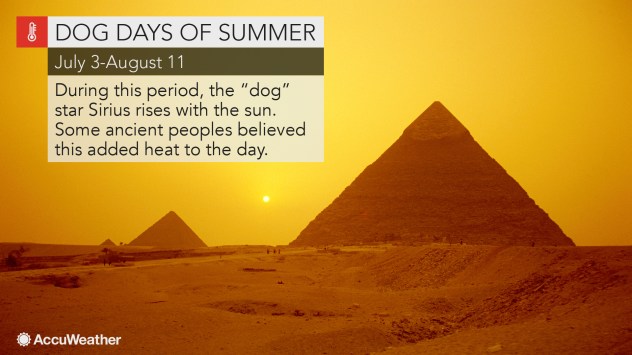 While the movement of stars was an exceptional means of keeping track of time for ancient people, the accuracy of the "dog days" corresponding with summer heat does not hold true today based on a variety of factors.

Unlike today’s solar calendar, the ancient population marked a month’s time by the duration of a moon phase. The words month and moon have similar origins in language for this reason.

The lunar calendar only has about 355 days versus the 365 of the solar calendar.

"Thus, the seasons would happen during different lunar months over a normal human lifetime and thus would not conform to the same lunar month over multiple years," Andrews said. "The 10 to 11 day difference between solar and lunar calendars is the key."

What does extreme heat do to the human body?
5 tips runners should know before battling summer heat
Heat and medication: Pharmacists share tips to keep your prescriptions safe
Heat exhaustion vs. heatstroke: What are the warning signs and how should you react?
Experts uncover the origins of 10 common weather terms

Another reason Sirius's position in the sky does not correspond with the hottest days of the year for some people is because of their latitude, which will change when the astronomical "dog days" occur.

Even now, the "dog days" for the ancient Greeks no longer correspond to the ones of today because of the Earth's movement.

As the Earth spins, it wobbles like a top, which changes the position of the stars depending on which way it is wobbling. Every 26,000 years, the Earth will complete one full cycle of precession.

"What is interesting is that, owing to changes in the rotation of the Earth, or precession, the Dog Star no longer comes into position at the same time of the solar year," Andrews said.

Happy 'dog' days of summer from the Hawkins family. If you haven't met them already...meet the fam dogs Remi & Coby. They love tennis balls. pic.twitter.com/LXuTagGU0b

The Pentacrest is the perfect spot to enjoy the dog days of summer. 💛🐶🐾💛 pic.twitter.com/Zphb7ZlcHJ

The dog days of summer are here, can u feel it? Raise a bevy for #psdJagger & #psdJack🐾 they are both 7 yrs old today. 🎂🍗 pic.twitter.com/v49MZH7oXS