Digital pollution: What it is and how you're contributing to it

You might not realize it, but you're likely contributing to digital pollution every day. Try these five tips to reduce your digital impact on the environment.

From littering the land with waste and discarding harmful plastic into the ocean to burning fuels that send toxic vapors and particles into our air, most people are aware that their daily actions can potentially impact the planet in the form of pollution.

However, many might not realize that they’re regularly contributing to another type of environmental impact: digital pollution.

“Manufacturing, use and disposal of our gadgets create increased demand for energy, produce toxic waste and contribute to air pollution,” Godes told AccuWeather. 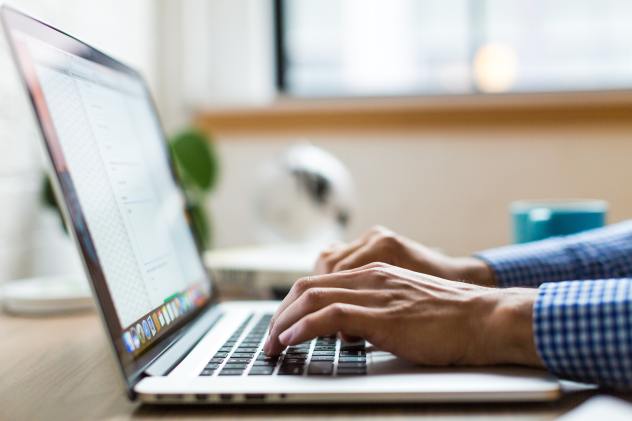 Anytime we use our computers and smartphones, for example, we leave a considerable ecological footprint behind, from the moment we buy our device up until we replace it with a newer model, according to Digital for the Planet, a Global Earth Project that works to develop digital sustainability.

Last year, the Guardian reported that billions of internet-connected devices could produce 3.5 percent of global emissions within a decade, and that could rise to 14 percent by 2040.

“Every time you perform simple daily actions like browsing a website, sending and receiving email, using an app on your phone, saving a file to your cloud drive or searching Google, data gets transferred between your device and the server that the website, app or software is hosted on,” said Ben Clifford, managing director of London-based Erjjio Studios Limited, a green hosting, website design and development company.

Just powering the internet consumes a massive amount of electricity through its generation in power stations, creating at least 2 percent of global carbon emissions, Erjjio Studios states on its website.

“The amount of data getting transferred and stored around the world through the internet is growing at an exponential rate,” Clifford told AccuWeather. “The global information and communications technology sector’s carbon emissions are already roughly equal to those of the global aviation industry, but it’s expected to continue quickly rising even further.”

Experts with Digital for the Planet have said that digital pollution can be attributed to three sources: manufacturing, practices and e-waste/recycling.

In 2015, the 710 million electronic devices manufactured were made of rare metals that deplete nonrenewable resources. These devices also generated 1.5 million tons of waste – equal to 166 times the size of the Eiffel Tower, Digital for the Planet reported.

Additionally, the entire process of making a smartphone, from material sourcing to assembly, comprises more than 80 percent of environmental impacts. “The ores and precious metals contained in electronic devices can be toxic for manufacturers, if in contact with waste, and for the environment,” according to a Digital for the Planet blog. “Some components such as chromium are now prohibited because of their toxicity.”

"Gradually, some data centers are starting to commit to using electricity sourced from 100 percent renewable energy, but there’s a long way to go, and it isn’t an issue that seems to be widely known about or understood by the general public," said Clifford, whose own company is among those working to educate the public on this topic as well as offer solutions.

How you can reduce your digital footprint

Digital for the Planet recommends the following steps for helping to reduce one’s digital impact on our environment: 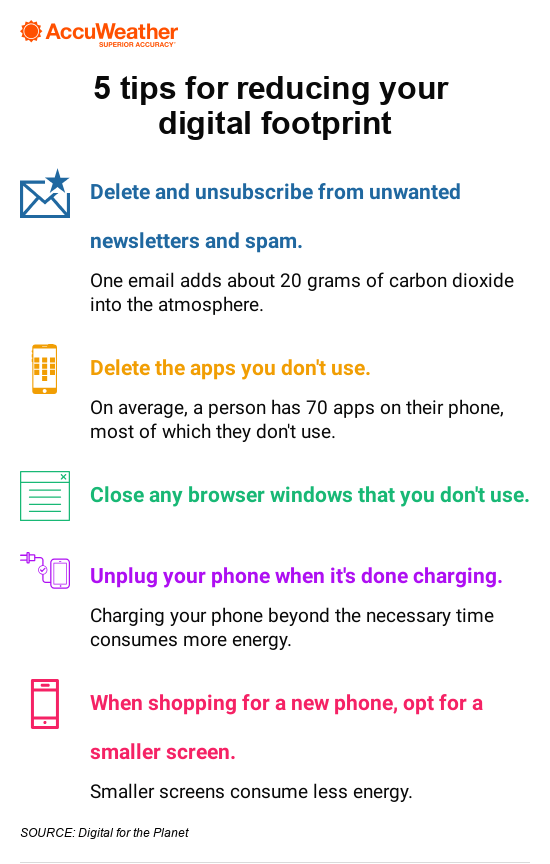